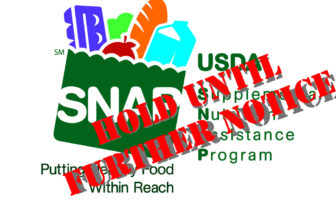 The Trump administration’s proposed rule to tighten eligibility for food stamps could curtail the benefit for more than 11,000 Connecticut residents – a blow to the elderly, children and working poor, anti-hunger advocates say.

The administration’s proposal for the Supplemental Nutrition Assistance Program, or SNAP, would rein in what’s known as broad-based categorical eligibility, which has allowed 43 states, including Connecticut, to expand the number of low-income residents who qualify for food stamps.

Agriculture Secretary Sonny Perdue said the policy is a “loophole” that needs to be closed because it has allowed states to bypass “important eligibility guidelines.”

But anti-hunger advocates say it is needed, especially in states like Connecticut where the cost of living is high, and they expressed alarm Tuesday about the proposed changes.

“It’s horrible,” said Robin Lamott Sparks, executive director of End Hunger Connecticut!. “There are a lot of families who are going to be hurt by this.”

The USDA’s new rule would halt states’ ability to distribute food stamps to people earning more than 130 percent of poverty guidelines, which is $33,475 for a family of four.

Connecticut currently allows those who earn up to 185 percent of the federal poverty level to enroll in SNAP. Some states have set a cap at 200 percent.

If the proposed rule is finalized – it could be modified after a public comment period – an asset limit of $2,250 would also be imposed on nearly all recipients.

The Connecticut Department of Social Services estimates there are about 11,000 state residents who have a gross income of 131 percent of the poverty level or higher and would be at risk of losing their benefits. About 364,000 residents receive food stamps.

The state agency also said that since Connecticut does not request or capture asset information for the majority of SNAP-enrolled households, there is no way to immediately determine how many additional residents would lose their foods stamps for failing a re-instituted asset test.

“This would have an extremely negative impact on the ability of thousands of low-income Connecticut residents to access food assistance through the SNAP program,” DSS spokesman David Dearborn said.

In a cost-benefit analysis, the USDA estimates that tightening the policy would cut 3.1 million people nationally from the program, saving taxpayers about $1.9 billion a year. The USDA also said the proposed change “may negatively impact food security.”

The USDA said expansion of eligibility in states like Connecticut has opened the door for fraud and abuse, making it too easy for people to receive benefits that should only go to those who truly need them. Officials in the department have pointed to a Minnesota man with a net worth of more than $1 million who applied for and received food stamps.

Because children in families that receive food stamps also qualify for free or reduced-price school meals, Deb Polun, executive director of the Connecticut Association for Community Action, said the proposed rule would have a ripple effect.

“This proposal could cause thousands of people in Connecticut – children, older adults, people with disabilities and working families – to lose SNAP benefits, and could jeopardize access to school lunches for many low-income students,” Polun said.

Rep. Rosa DeLauro, D-3rd District, a champion of the SNAP program, said about 500,000 children would lose access to school meals if the rule were implemented.

“President Trump and Secretary Perdue are waging a war against the most vulnerable people in our country,” she said.

DeLauro said the “heartless” rule was drafted “in a desperate attempt to implement these cruel provisions because Congress rejected them in last year’s Farm Bill.”

“This is another cruel and pointless policy from President Trump,” he said. “The Trump administration has no problem wasting taxpayer dollars on tax breaks for the rich, gratuitous parades and golf outings, but decides to cut corners when it comes to food for families in need?

“We will do everything we can to fight this rule on behalf of Connecticut’s most vulnerable families.”