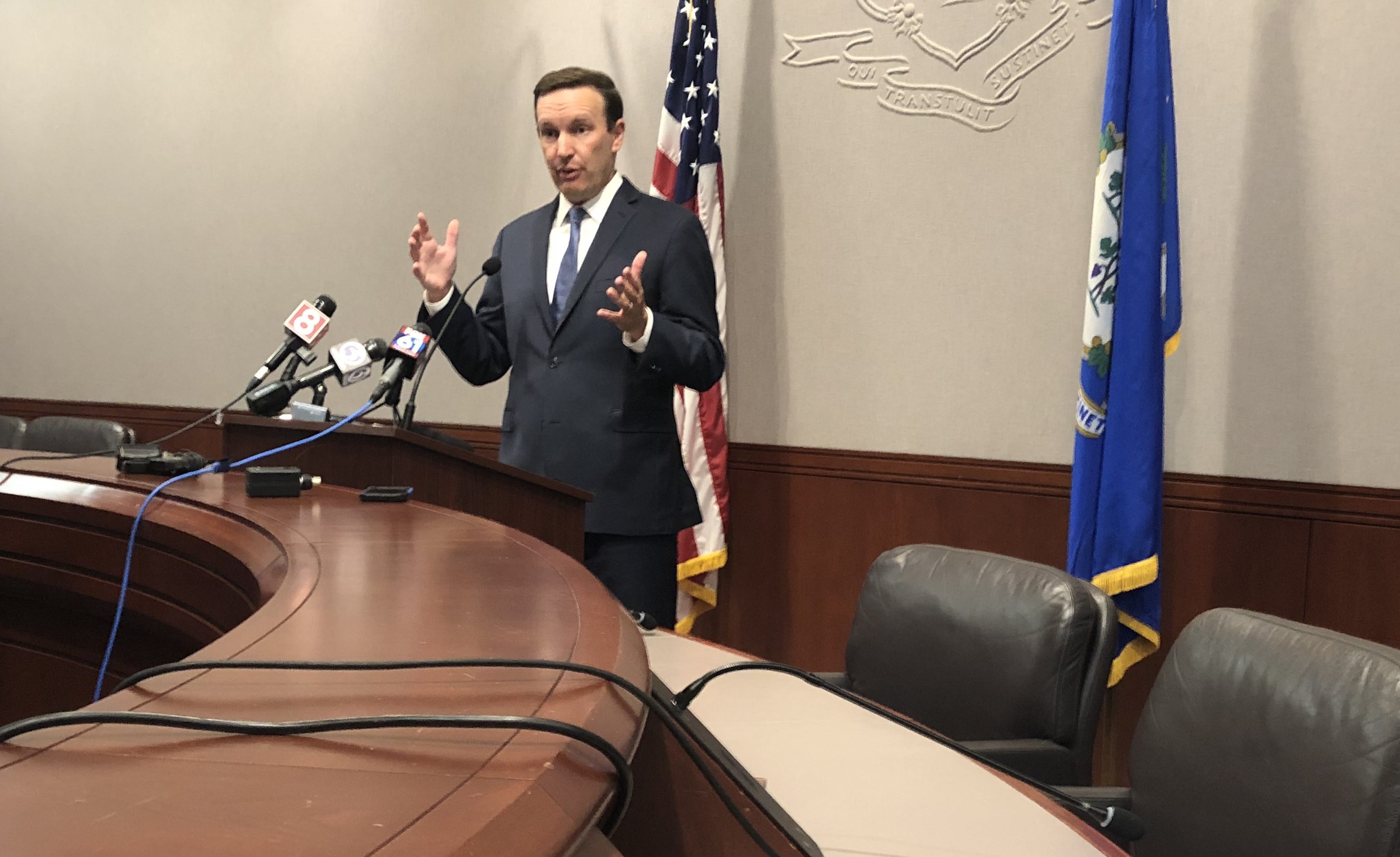 Sen. Chris Murphy on Friday said any attempt by Congress to approve a bill expanding FBI background checks of gun purchasers has a “less than 50-50” chance of success.

During a press conference in Hartford, Murphy said he spoke with White House legislative staff several times, most recently on Thursday evening, about support for new gun laws in the wake of mass shootings earlier this month in El Paso, Texas and Dayton, Ohio.

Murphy said President Donald Trump has wavered since he telephoned the Democratic senator to talk about new gun legislation.

“One weekend ago, the president called me and told me personally that he was indeed serious about moving forward together about what he called meaningful background checks legislation,” Murphy said. “Several days ago, some of his comments seemed to indicate that he was again backing away.”

Since the shootings earlier this month, in which 31 people were killed, Trump has spoken several times to Wayne LaPierre, chief executive of the National Rifle Association.

“He’s talking to the gun lobby much more frequently than he’s been talking to me,” Murphy said of Trump.

Trump echoed an NRA talking point at a recent rally in New Hampshire, saying gun violence is mainly a “mental-illness problem” and that “it is not the gun that pulls the trigger; it is the person holding the gun.”

And several days ago, the president told reporters that closing loopholes in the FBI’s background checks of potential gun purchasers may be a “slippery slope” that threatens 2nd Amendment rights.

Still, Murphy said White House officials told him the president is still committed to legislation to expand background checks. He also said the president is supportive of a separate bill being drafted by Sen. Richard Blumenthal and Sen Lindsay Graham, R-S.C. on “red flag” laws that allow the temporary seizure of weapons from those who are determined to be a danger to themselves or others.

Murphy also said if the president’s promise of support for those gun measures is “a ruse…we will know in short order.

“I made it clear to the White House that if they are going to give the NRA veto power” this would be “a waste of time,” Murphy said, adding that any attempt by the president to tie the greater institutionalization of people with mental illnesses to a background check bill is a “nonstarter.”

He said  he will speak to Republican colleagues next week about the proposed gun bills.

“I’m going to try,” Murphy  said. “But I’m skeptical that that process will bear fruit.”

The campaign to close “loopholes” in the FBI’s background check process of prospective gun buyers began shortly after the massacre of 20 1st graders and six adults at Sandy Hook Elementary School in December of 2012.

But since that mass shooting, and those that followed, even a modest compromise bill, known as the Toomey-Manchin bill (named after Sens. Pat Toomey, R-Pa. and Joe Machin, D-W.Va.), has failed to garner enough support to pass in the Senate.

That bill would require sales at gun shows and by individuals over the internet to be subject to FBI background checks now mainly run on retail customers.

Murphy said he wants Congress to“support something that is stronger” than the Toomey-Manchin bill, even if it falls short of the senator’s background check bill.

“I am a hard-liner on the issue of gun violence,” Murphy said. “But I am willing to sit down and talk.”

The FBI said it has rejected 633,000 applications for gun purchases in Connecticut from 1999 when it initiated the National Instant Criminal Background Check System, or NICS, to Dec. 31, 2018.

Gun control advocates say the NICS restrictions should be tightened, and, according to several polls, a great majority of the public agrees with that position.

Murphy said the issue of gun violence has energized “swing voters,” a key political demographic, and that could help his effort to win GOP support for a background check bill.

But he said the political prospects are better for a federal “red flag” law. Connecticut was the first state to approve a “red flag,” or extreme risk protection order law. The state implemented that law in 1999.

Since then, another 16 states have followed.

But Murphy said he’s concerned any red flag law that goes to the Senate for a vote will be too weak to be effective.

The timing of J.R. Romano's resignation, delivered Tuesday night, inevitably links it with the second impeachment of President Donald Trump.