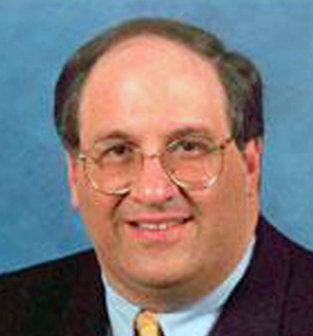 State Sen. Marilyn Moore’s decision to continue her mayoral campaign against Bridgeport Mayor Joseph P. Ganim as a write-in candidate puts her on a path that is extraordinarily difficult — but not wholly uncharted in Connecticut.

Michael Jarjura was re-elected mayor of Waterbury as a write-in 2005, an even more difficult task when Connecticut still used voting machines, not paper ballots. Voters then had to slide open a door at eye-level or above for most voters and write his name in a small opening.

“It was a very difficult process,”Jarjura said in a recent interview. His write-in campaign came after losing a close Democratic primary.“I originally said, ‘Forget it. This is impossible.’”

Moore, who beat Ganim at the polls in a Democratic primary and lost only after absentee ballots were counted, told Hearst Connecticut Media on Wednesday she would be registering with the secretary of the state’s office as a write-in candidate. 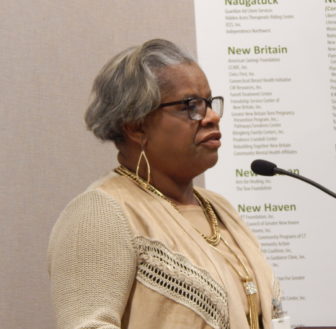 “In my heart of hearts I can’t walk away from this,” Moore told Hearst. “We won at the polls. The people spoke and I’ve received more calls than I care to count, even in the grocery store, the restaurant, people are encouraging me to run. I know that I need to do more than just be emotional about it. I think this is right for Bridgeport, so I have to do a write-in.”

Moore could not be reached for comment by CT Mirror.

She has been seeking evidence of voter fraud necessary to file a complaint with the State Elections Enforcement Commission — or to go court and seek an order for a new election. But she considers Ganim’s extraordinarily heavy reliance on absentee ballots to win itself to be evidence of fraud.

“We can’t afford to ignore what happened in that election with the absentee ballots,” she told Hearst, whose newspapers include the Connecticut Post in Bridgeport. “With the investigation we have heard so many stories about people who were talked into signing a ballot who maybe should have been at the polls.”

Under Connecticut’s current voting system, voters fill out paper ballots that are counted with optical scanners. To cast a vote for a write-in candidate, a voter would fill in an oval marked “write-in” and then write the candidate’s name.

Gabe Rosenberg, a spokesman for the secretary of the state’s office, said ballots marked with write-in votes would automatically go into a separate bin to be hand counted.

When Jarjura ran, he instructed supporters to simply write his last name. He provided pencils printed with his name and he ran commercials in which his name was sung.

The legal standard to count a write-in vote is that the intent of the voters be clear. A hand count undoubtedly will make for a long hand count of ballots monitored by representatives of both campaigns.

Jarjura had certain advantages: He was a former state legislator and two-term mayor with cross over appeal.

“My history in the legislature and in the mayor’s office, I always did well with Republicans and independents,” Jarjura said. He lost his primary by 100 votes and won the general by 2,000.

Last week, Moore competed with Ganim in a primary open to the city’s 47,000 registered Democrats. In November, the pool of voters will expand to include 20,00 unaffiliated and 4,200 Republicans.