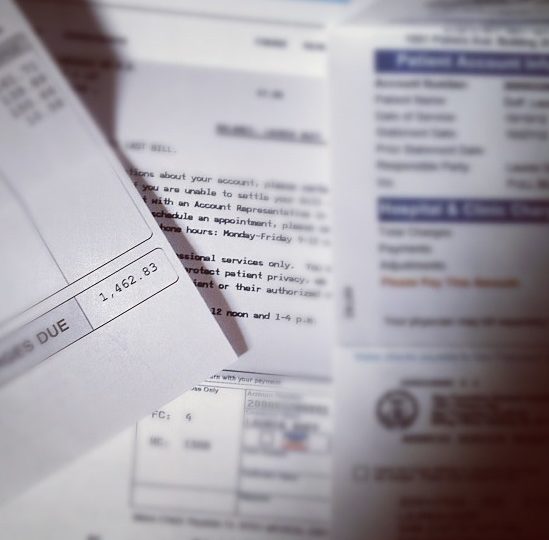 Franklin Moore said he “did what you are supposed to do” and rushed to the nearest hospital emergency room when he suffered a stroke in February.

Moore, 57, received “wonderful care” at Danbury Hospital and is well on the way to recovery from the incident that paralyzed the left side of his body.

But paying for that care may be as challenging for Moore as regaining his health. He said his hospital and doctor bills totaled more than $100,000 and his insurer is balking at paying its share, saying Moore should not have received treatment at an emergency room.

“There are still fights going on all over the place with the insurance company,” Moore said. “The billing has become a nightmare.”

President Donald Trump has said the practice of surprise billing “must end.”  Both Republicans and Democrats in Congress back legislation that would do just that, shielding patients from everything but the deductible and co-payments their insurance requires. And before its summer recess, Congress seemed poised to pass legislation addressing surprise medical billing.

However, as a result of a massive lobbying effort against the legislation, Congress may not deal with the problem at all — and if it does, it may not adopt what advocates consider the best approach.

In many ways Moore, a professor of criminal justice and paralegal studies at Bronx Community College, is much more fortunate than others who receive “surprise” medical bills after seeking treatment for an illness or injury. 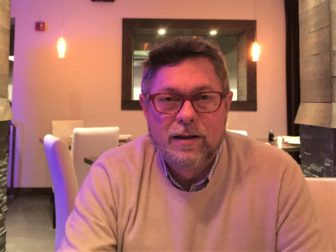 Franklin Moore of Danbury is battling the effects of a stroke — and huge, unexpected medical bills for his care.

Moore was aware that Connecticut is among about 25 states that have laws prohibiting doctors and hospitals from billing patients for charges that are not covered by their insurance. That knowledge was a valuable weapon in Moore’s fight over his medical bills.

“I am an attorney, so I know some of my rights,” Moore said. “There are many people who don’t know the law and pay the bills because they feel they have to.”

Moore was also fortunate to be covered by an insurance company that is regulated by Connecticut law. The law does not allow hospitals or doctors not under contract with an insurer to charge patients more than what a patient’s insurer would normally pay for services –even if they try to bill for more.

But state insurance laws do not apply to those who receive their coverage through companies that self-insure — about 65 percent of the population. A self-insured company is one where the employer assumes the financial risk of providing health care benefits to its employees. Nearly two-thirds of Connecticut residents with private insurance are covered through a self-insured employer.

Emergency room patients are especially vulnerable to surprise bills for out-of-network care because they usually can’t make sure anyone who treats them is a member of their insurance network.  The Kaiser Family Foundation determined about 10 percent of emergency room patients in Connecticut receive a surprise medical bill.

Moore was also lucky because he enlisted the state’s Office of Healthcare Advocate in the fight over his medical bills.

Ted Doolittle, Connecticut’s Healthcare Advocate, says Congress needs to act because there are too many people in the state who are vulnerable to surprise medical bills.

Doolittle says the political power of the stakeholders – doctors, insurers and especially hospitals – is the reason Congress is stalemated.

“Everybody has got a hospital in their district and they say ‘This is going to hurt our business,” Doolittle said. “So the political pressure is enormous.”

“Health plans and hospitals have a longstanding history of resolving out-of-network emergency service claims, and this process should not be disrupted,” Nickels said.

He also said the nation’s hospitals are “particularly concerned” that “setting a reimbursement standard in law” or setting a benchmark rate that hospitals could charge insurers for out-of-network costs “will have significant negative consequences,” including a disincentive for insurers to maintain adequate provider networks.

The American Hospital Association is lobbying Congress to instead allow hospitals and doctors to negotiate with insurers over  excess out-of-network costs and other charges denied by an insurance plan.

Health insurance companies are on the other side of the debate, asking Congress to establish a benchmark for out- of – network charges. Insurers say that benchmark should be an amount equal to the median in-network rate for the same service under the patient’s health plan.

Jeanette Thornton, a senior vice president with America’s Health Insurance Plans, told the committee that arbitration would impose “administrative burdens on the entire health care system,” forcing companies that self-insure to hire staff and outside consultants “to manage a complex process.”

The nation’s health insurers would also be burdened by those additional expenses, Thornton said. She also said states like California that have instituted benchmarks for out-of-network charges have seen more providers joining insurance networks.

While the nation’s hospitals and insurers are flexing their political clout in the debate over surprise medical billing, it’s another interest group that poured millions of dollars into a campaign aimed at preventing Congress from doing anything.

Two large physician staffing companies owned by private equity firms, TeamHealth and Envision Healthcare, are helping to fund millions of dollars in ads against the legislation. Many of those ads target vulnerable Senate Republicans.

While doctors largely once worked for hospitals or had individual contracts, many hospitals now rely on these huge staffing businesses to provide doctors for various departments. These doctors have no incentive to join an insurer network, which would require them to cut their fees, and are the source of many surprise medical bills.

On Monday, the House Energy and Commerce Committee said it would hold a hearing to investigate private equity firms and their role in the fight over surprise billing legislation.

“We are concerned about the increasing role that private equity firms appear to be playing in physician staffing in our nation’s hospitals, and the potential impact these firms are having on our rising health care costs,” committee Chairman Frank Pallone, D-N.J., and  Rep. Greg Walden, R-Ore.,  the panel’s top Republican, said in a statement.

Moore said one of the most annoying bills he received from his care at Danbury Hospital came from a physician, a neurologist, who attended him “for about 30 seconds” and sent him an $800 out-of-network bill.

“The insurance company paid the doctor far less than he had billed me, so the doctor’s office started harassing me for the rest,” Moore said.

Claire McAndrew, director of Campaigns and Partnerships at Families U.S.A.,  a nonprofit advocate for health care consumers, said “there are certain members of Congress who have been spooked” by the multi-million-dollar campaign against Congress’ attempt to end surprise billing.

“But I hope they do right by their constituents and pass surprise billing legislation by the end of the year,” McAndrew said. “Congress will look very ineffective and beholden to moneyed interests if it doesn’t.”