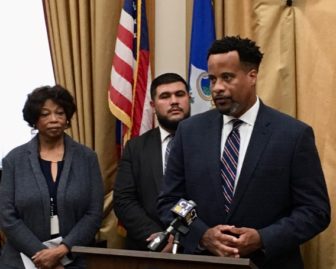 The administration of Gov. Ned Lamont pledged $500,000 Thursday in discretionary state funds for community outreach in the 2020 census, answering a challenge from philanthropic foundations ready to provide a matching amount.

Lt. Gov. Susan Bysiewicz, who oversees the state’s Complete Count Committee, said Connecticut was ahead of many other states in organizing local committees to find the “trusted voices” necessary to coax participation in hard-to-count census tracts.

But the General Assembly has appropriated no funds for census outreach, unlike the neighboring states of Massachusetts, Rhode Island, New York and New Jersey, where state and local governments have earmarked between $500,000 and $40 million.

Bysiewicz said the discretionary funds will come from four state agencies, all of which are recipients of federal funds. Connecticut received $10.7 billion annually in federal money through formulas derived in part on census data.

“We just cannot lose any of that funding,” Bysiewicz said.

Rep. Pat Wilson Pheanious, D-Ashford, a co-chair of the Complete Count Committee, said the state would lose an estimated $2,900 for every resident missed in the census. In 2010, 218 of the state’s 831 census tracts were deemed hard to count.

“There is a level of distrust,” she said.

The Hartford Foundation for Public Giving already has committed to give more than $400,000 to local groups. With the state funds and charitable match, the available resources for outreach in the hard-to-count tracts will be at least $1.4 million.

Jay Williams, the president of the foundation, said the announcement Thursday was “absolutely a step in the right direction.” He said community foundations from New Haven, Waterbury, New Britain, Fairfield County and eastern Connecticut were contributing.

“Although we each serve our respective regions, we understand it is critical that the state as a whole has the resources necessary to ensure that the census is conducted accurately,” Williams said. 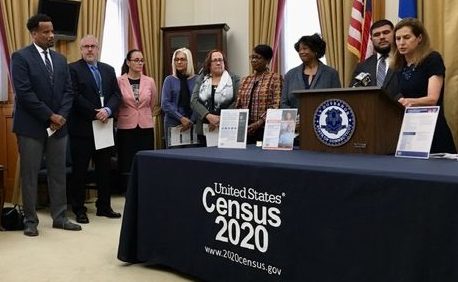 The announcement Thursday comes after weeks of discussion within the Lamont administration about where to find discretionary funds and a day after a critical report by Connecticut Voices for Children and a CT Mirror story about the challenge from the philanthropic community.

Rep. Chris Rosario, D-Bridgeport, another co-chair of the effort, said the funding would be helpful, but the legislature still should provide further resources, a sentiment he says was shared by House Majority Leader Matt Ritter, D-Hartford, in a telephone conversation earlier Thursday.

Ritter’s district has the three hardest to count census tracts in Connecticut, while Rosario’s has the fourth hardest — census tract 716. It is poor, overwhelmingly black and Hispanic and dominated by renters, who move frequently, Rosario said. At the center is a public housing complex, the Charles F. Greene Homes.

“We need a lot more money than what is already on the table, and we know that. But this is a good start,” said Rep. Hilda Santiago, D-Meriden, a leader of her local census effort. “We still have a few months to go but we don’t want to wait until the last minute for us to find any more money.”

Connecticut lost one of its six congressional seats after the 2000 census as the U.S. population shifted to the south and west. New York, Rhode Island and Pennsylvania are among the states expected to lose after 2020.

Melissa McCaw, who oversees the state budget as the secretary of policy and management, was greeted enthusiastically Thursday by the lieutenant governor.