Washington – The Navy on Monday awarded a long-awaited, $22.2 billion contract to Electric Boat and its partner, Newport News Shipbuilding, to build the next block of Virginia-class attack submarines.

The contract, in negotiation for more than a year, calls for the building of nine submarines, with a possible tenth if Congress provides the money. The contract will run from fiscal year 2019, which began Oct. 1 2018, through fiscal year 2023.

The Navy, industry and lawmakers had previously expressed interest in expanding this Block V contract beyond 10 submarines, but there were budget constraints and concerns about shipyard capacity. The new contract includes a six-month review of operations at the shipyards to make sure their workforce can keep up with the work before a 10th submarine is awarded.

Rep. Joe Courtney, D-2nd District, who heads the House Armed Services sea power subcommittee, said Monday he is confident the tenth submarine will be built – especially since the contract includes $450 million to purchase materials for the tenth sub.

Courtney said the signing of the Block V contract “shows that we have a program that is locked in” and provides Electric Boat and Newport News Shipbuilding with a new level of stability.

“Until this contract was signed, there was uncertainty on what would be the final plan,” Courtney said.

The next Virginia-class submarines Electric Boat builds will be the most expensive ever. Eight of the nine in Block V will feature the Virginia Payload Module, which will increase the hull by 84 feet to accommodate four payload tubes in the center of the submarine. 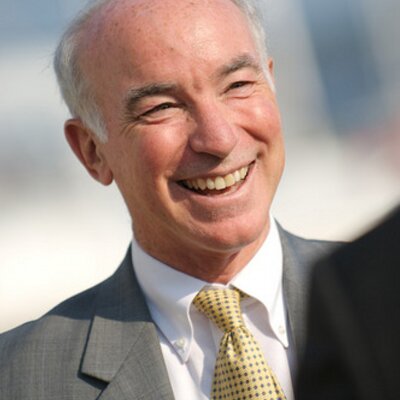 “That’s good news that continues to support an historic surge in workload and workforce at the Groton shipyard and throughout the Connecticut and national supply chain that supports it,” Courtney said.

Electric Boat and Newport News Shipbuilding are also in negotiations with the Navy to build the first two Columbia-class nuclear ballistic submarines. These will be the largest and most expensive subs in the Navy.

The Navy has long said the Columbia program is its top priority. But the Navy also desperately needs more Virginia-class attack submarines.

“Our whole philosophy going into this is get Virginia as a stable foundation, which then we can build Columbia on top of,” James Geurts, the assistant secretary of the Navy for acquisition, told reporters on Monday.

There are questions, however, as to whether the shipyards could handle construction of the larger Virginia-class sub, alongside the first Columbia class subs. The Navy was also concerned there might not be enough money to cover all of this submarine shipbuilding.

Courtney said he is confident the shipyards can handle the increased workload, and even the construction of more than 10 Virginia-class submarines during the Block V contract period.

Although the Block V contract guarantees the construction of nine boats, instead of 10, at $22.2 billion it is the largest Navy contract ever written and a good deal larger than the $17 billion Block IV Virginia-class contract, which called for 10 boats.

Sen. Richard Blumenthal, a member of the Senate Armed Services Committee, said he spoke to Geurts on Monday pushing for the tenth sub in the new contract.

“I said to him ‘there needs to be a tenth submarine because the nation needs it’,” Blumenthal said.

He also said he’d seek to include funding for the additional sub in the 2021 defense budget.

“I am committed to fighting on behalf of current and future Connecticut workers, to ensure that the Navy exercises the option to buy a tenth Connecticut-made submarine,” Blumenthal said.

Still, the inking of the new Navy contract was enthusiastically welcomed.

Sen. Chris Murphy said it “will fuel thousands of jobs in our state and provide long-term stability to the thousands of small Connecticut companies that support our defense manufacturing sector.”

“This is a great win for our state,”  Murphy said.

“This is big news for workers throughout southeastern Connecticut” Lamont said. “For years to come, the most advanced and most capable submarines in the world will continue to be built in Connecticut.”