Lamont: Average truck tolls of $8 could buy $19.4B in improvements 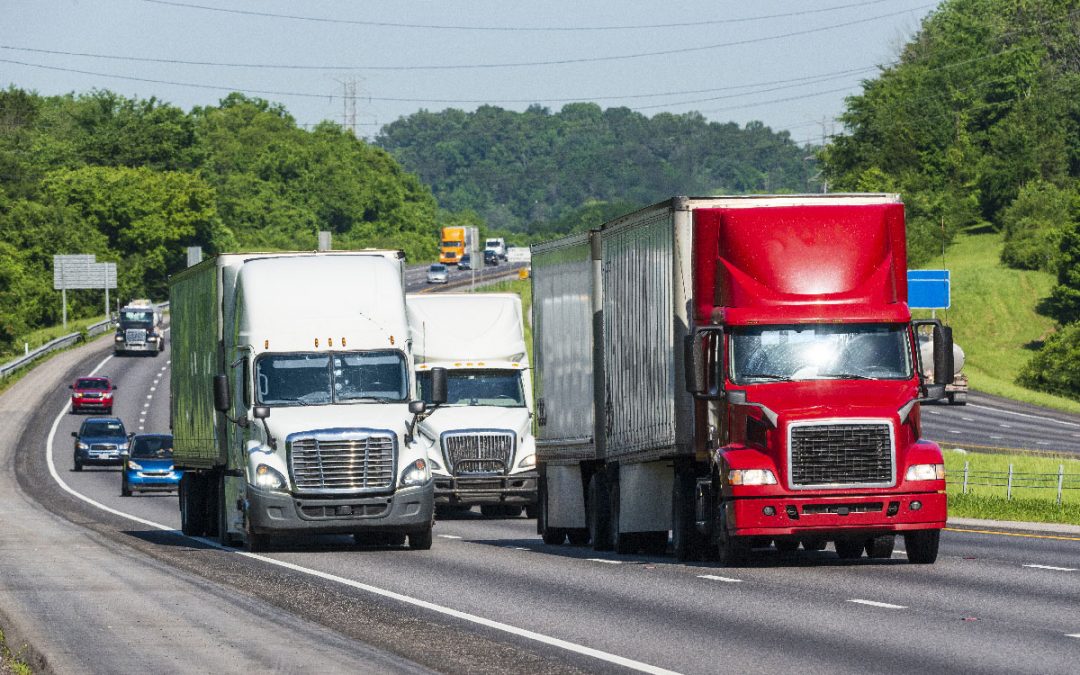 The governor presented details of his trucks-only tolls plan to legislative leaders Friday.

Truck tolls on a dozen bridges in Connecticut could produce $187 million in net revenue annually and finance $19.4 billion in transportation infrastructure improvements over 10 years, costing drivers as little as $1.25 for a medium truck with an EZ Pass and as much as $19.20 for an 18-wheeler without one.

Gov. Ned Lamont released the proposed tolls rates and projected financial returns Friday in a letter to legislative leaders as he and Senate Minority Leader Len Fasano, R-North Haven, jousted over the significance of an appeals court decision that changes the venue of a legal challenge to a similar Rhode Island system from state to federal court.

The new plan assumes Connecticut would begin collecting tolls in 2023, raising $230.1 million. The net revenue would be lower, offset by $26.8 million in operating expenses, sharing $9.9 million with municipalities, and refunding $6.2 million to trucks that crossed the same toll twice in one day.

A $21 billion, 10-year infrastructure plan Lamont released last month would have been financed with tolls on all motor vehicles at 14 bridges, but it was effectively killed by Senate Democrats. Last week, the governor and Democratic leaders united behind trucks-only tolls, a concept proposed by Lamont during the 2018 campaign and then abandoned after he took office.

The release of the financial pro forma had been planned for days as a necessary step toward translating the truck tolls plan into legislation that Senate and House Democratic leaders hope to place before lawmakers in special session next month. But it competed for attention Friday with news of the truckers’s victory in winning a venue change in Rhode Island.

Attorney General William Tong and House Majority Leader Matt Ritter, D-Hartford, downplayed the significance of the venue change, with Ritter saying that lawmakers are well aware that a trucks-only plan in Connecticut will draw a similar legal challenge from the trucking industry as the one brought in Rhode Island.

“We fully expect, when we pass this bill, the trucking industry to file a lawsuit alleging a violation of the commerce and equal protection clauses,” Ritter said.

Ritter said the transportation bill must be drafted in a way that establishes a rational basis for singling out trucks over cars and that the tolls do not interfere with interstate commerce. In addition, he said, the plan would have to build in safeguards in the event of an adverse court decision.

“We fully expect, when we pass this bill, the trucking industry to file a lawsuit alleging a violation of the commerce and equal protection clauses.”

There is no legal prohibition against treating trucks differently from automobiles in toll charges. Based on the greater wear and tear caused by tractor-trailers, truckers pay far higher tolls than drivers of passenger cars in New York, Massachusetts and other states with tolls. What is unique in Rhode Island is that cars are charged nothing, while trucks pay an average of $5.31.

A commonly quoted basis for the higher charges is research published in 1979 by the U.S. General Accounting Office. It was cited Friday in Lamont’s letter to lawmakers. The trucking industry challenges the methodology that concludes trucks cause exponentially higher damage than cars.

“According to the U.S. General Accounting Office and the American Association of State Highway and Transportation Officials, a single five-axle tractor-trailer does the same damage to our highways as 9,600 passenger cars,” Lamont wrote. 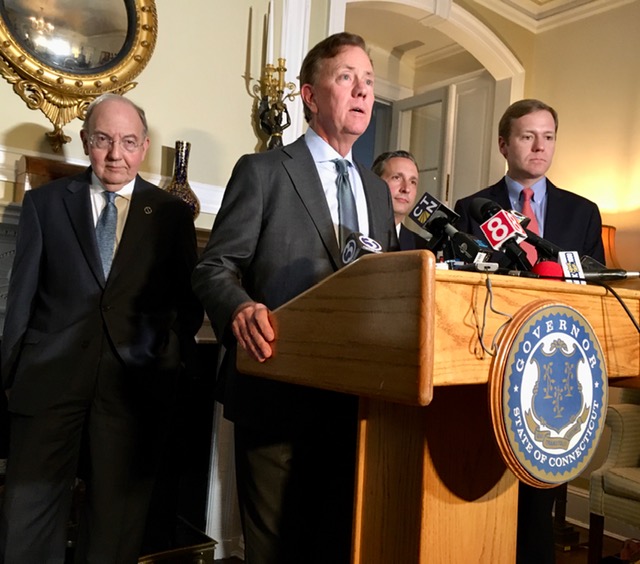 Trucking interests sued Rhode Island in U.S. District Court over truck tolls installed on I-95 to raise money for the reconstruction of bridges, arguing they violate the Commerce Clause of the U.S. Constitution. A federal trial judge dismissed the case, citing a federal law that bars district courts from limiting “the assessment, levy or collection of any tax under State law where a plain, speedy and efficient remedy may be had in the courts of such State.”

On Thursday, the U.S. Court of Appeals for the First Circuit reversed the lower court, moving the case back into the U.S. District Court. The appeals court, while acknowledging conflicting case law in another circuit, concluded that tolls were not a tax.

“The court’s decision gives credence to the trucking industry’s challenge,” Fasano said in a statement. “It ties up this issue in litigation for years to come, leaves doubt and uncertainty in the ability to toll only trucks, and creates significant economic risk for taxpayers.”

Tong and Lamont rebutted that assertion with varying degrees of vehemence.

“The First Circuit’s ruling was limited to an issue involving the federal court’s jurisdiction to hear the case and did not address the merits of the case,” Tong said in an email. “As such, the decision does not appear to have any impact on Connecticut’s proposed toll plan.”

Lamont’s response was longer and sharper.

“Yesterday’s federal circuit court decision in Rhode Island was merely a procedural ruling regarding whether this case should be heard in a federal or state court – nothing more. It did not decide on, or even address, the merits of the case,” Lamont said. “The ruling says nothing about the strength of the underlying legal challenge to trucks-only tolls, which far from being a burden on interstate commerce are a commonsense way to benefit that commerce by asking the in and out-of-state commercial trucks that do the most damage to our roads to pay their fair share of maintenance and congestion mitigation projects.”

Lamont suggested Fasano was being disingenuous.

“Senator Fasano either misunderstands or is greatly exaggerating the court’s decision for political gain,” Lamont said. “This federal circuit court decision, which is not binding in Connecticut, has simply held that truckers may bring their meritless claims in federal court as well as state court.”

“Senator Fasano either misunderstands or is greatly exaggerating the court’s decision for political gain.”

In a telephone interview, Fasano conceded that the appeals court decision does not reflect on the merits of the trucking industry’s case.

“It’s a jurisdictional issue,” Fasano said. “But I would argue two things: It clearly is a commerce issue. It is not tax issue. So it brings closer the line of questionable interference within the constitutional issue.”

The appeals court offered no hint of its views on the strength of the constitutional issue, focusing its 28-page decision on the technicalities of what constitutes a tax versus other costs imposed by government.

Fasano said the Democrats’ plan still was riskier than one offered by Senate Republicans. They proposed an alternative to tolls that would have used more than 60% of the state’s budget reserves to pay down pension debt and free up cash flow for debt service on transportation financing.

“Tolling trucks puts Connecticut taxpayers at risk of a lawsuit, damages, and money to be paid back to truckers,” he said. “Once gantries are built it also leaves us vulnerable for lawmakers to push for car tolls with the argument that it’s the only way to avoid a legal challenge. It sets up Connecticut residents for car tolls.”

“Tolling trucks puts Connecticut taxpayers at risk of a lawsuit, damages, and money to be paid back to truckers.”

He called for Lamont to reopen talks with Republicans, though he offered no promise they would reverse their opposition to tolls or any new revenue source.

Lamont said depleting the budget reserves would be risky unless they continue to grow. Under state law, once the reserves top 15% of operating expenses, the excess goes to pay down debt. The Democrats’ plan would use budget reserves in a fashion proposed by Fasano, but only once they exceed 15%.

“The Senate and House Democratic caucuses and I have put forward an honest and comprehensive plan to get Connecticut residents and the Connecticut economy moving again by asking those who cause the most damage to our roads and bridges to pay for it,” Lamont said. “The Republican plan not only gives them a free pass, it asks Connecticut taxpayers to foot the bill and jeopardize the state’s future by raiding $1.8 billion from the rainy day fund.”