Horowitz tells Blumenthal there was no FBI ‘spying’ on Trump campaign 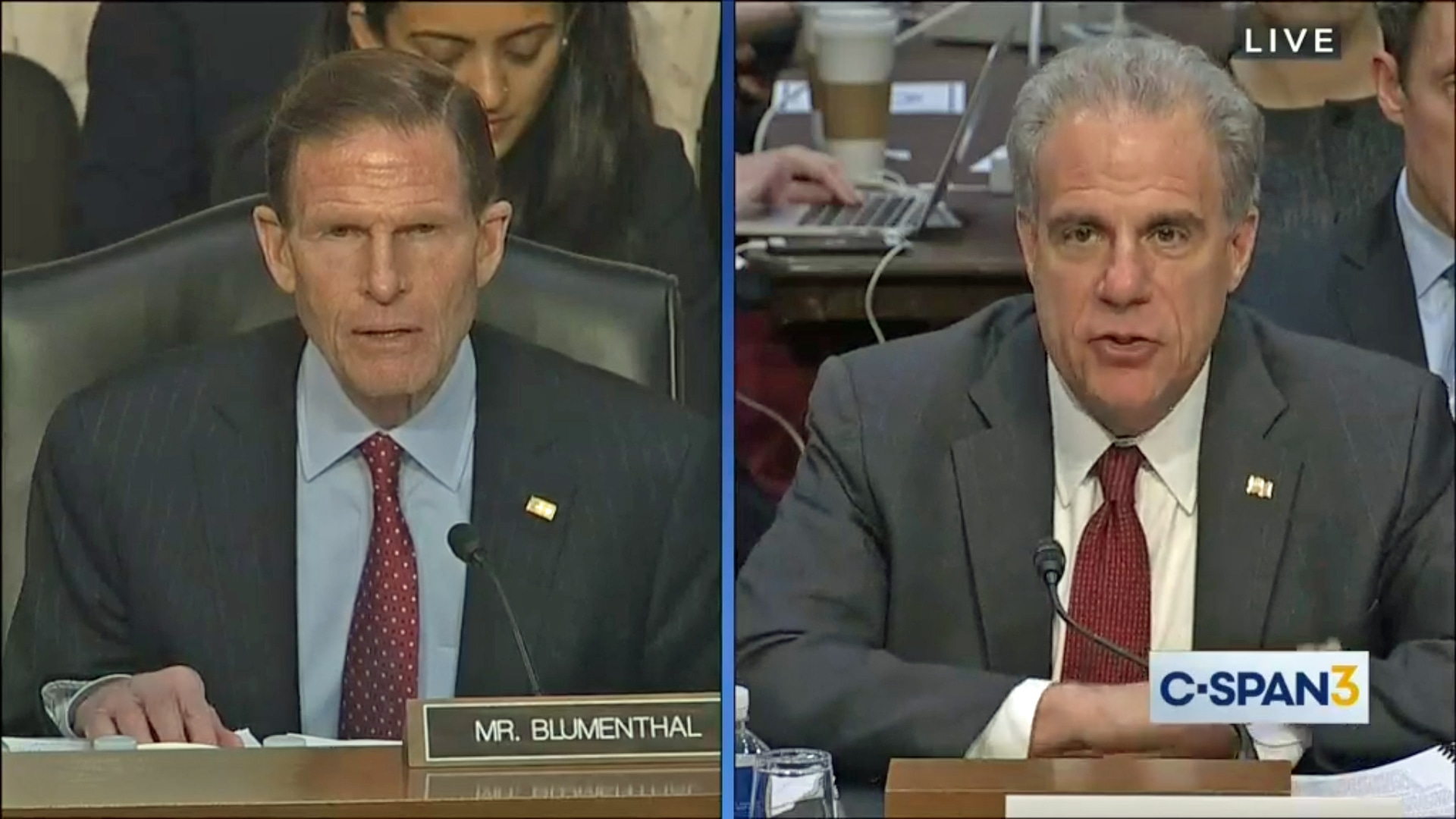 Washington – Sen. Richard Blumenthal on Wednesday pressed Justice Department Inspector General Michael Horowitz about whether the FBI tried to entrap or wiretap the Trump campaign or spy on its operations.

Horowitz, the sole witness at a Senate Judiciary Committee hearing on his investigation into the FBI’s conduct in its probe of Russian meddling in the 2016 election, answered “no” to Blumenthal’s questions or referred the senator to the findings of his report.

“Is there any evidence that you found that the FBI tried to overthrow the presidency?” Blumenthal asked.

Horowitz responded “No. We found the issues…”

“The answer is ‘no,’” Blumenthal said.

President Donald Trump and his Republican allies have slammed the FBI over its investigation into the Trump campaign, a probe named “Crossfire Hurricane,” saying it was a shoddy, politically motivated affair.

“They spied on my campaign!,” Trump tweeted.

In his report and during his congressional testimony on Wednesday, Horowitz said that while he found significant errors and omissions by the FBI during the course of its investigation, he uncovered no evidence of spying.

Still, GOP attacks on the FBI are escalating.

“The FBI also sent multiple undercover human spies to surveil and record people associated with our campaign,” Trump said at a campaign rally in Pennsylvania Tuesday. “They’ve destroyed the lives of people that were great people, that are still great people. Their lives have been destroyed by scum, okay, by scum.”

Blumenthal asked Horowitz if “the FBI put spies in the Trump campaign.”

Blumenthal asked Horowitz if he agreed with the president’s statements.

“I assume you would not agree with the characterization that the agents involved in this work on the investigation of the Russian attack on our democracy were ‘scum’ would you?”

“I would not call people names like that,” Horowitz replied.

Under questioning by Blumenthal, the inspector general also said that he showed Barr a copy of the report before it was released, but the attorney general made no changes to it. Horowitz said, however, that Barr “found a few typos and other things that he suggested we might want to think about.”

Horowitz also said “I didn’t take the IG job to be popular and not to have my feelings hurt.”

However, during questioning by Sen. Dianne Feinstein, D-Calif., Horowitz suggested it was improper for Connecticut U.S. Attorney John Durham to issue a statement Monday disagreeing with him about the basis of the Russia probe. Durham was selected by Barr to conduct his own investigation of the origins of the Russia investigation. 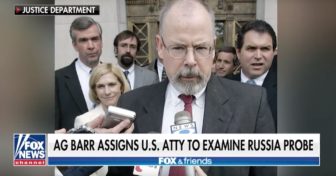 Both Durham and Barr indicated they disagree with Horowitz’s main finding: that the Russia investigation was legitimate based upon the known information.

“I was surprised by (Durham’s) statement,” Horowitz said.

He said, however, that Durham’s disagreement might be a narrow one. Horowitz said Durham told him in November that the evidence actually did support a preliminary investigation — but not the broader one the FBI launched.

“He said during the meeting that the information from the friendly foreign government was in his view sufficient to support the preliminary investigation,” Horowitz said.

“We found that members of the Crossfire Hurricane team failed to meet the basic obligation to ensure that the (Trump campaign aide) Carter Page FISA applications were ‘scrupulously accurate,’” Horowitz said. “We identified significant inaccuracies and omissions in each of the four applications: seven in the first FISA application and a total of 17 by the final renewal application.”