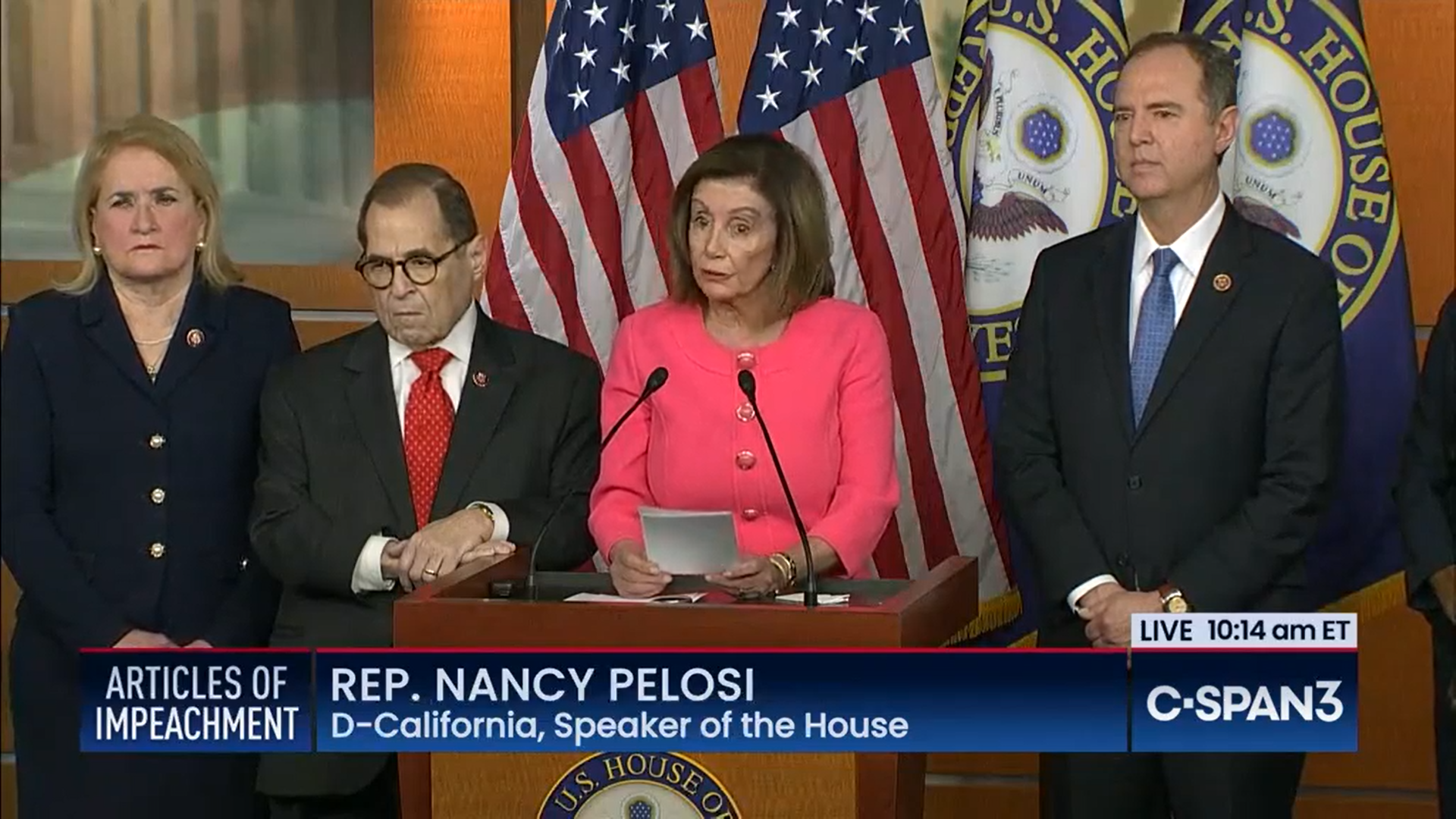 This story was updated at 1:45 p.m. with comments from Rep. Himes.

Connecticut Rep. Jim Himes, D-4th District, was not one of them.

Other Democrats were interested in serving as managers, including Himes.

Himes is the second-most senior member of the intelligence panel and said he would like to be a manager. Some Democrats were impressed with his measured questioning of witnesses during the Intelligence Committee’s impeachment hearings, remaining calm as he sought to elicit answers from witnesses while also bashing Republicans for their attacks against certain witnesses.

But Pelosi said “the emphasis is on litigation” and the managers she chose  have experience as attorneys and prosecutors in the courtroom, except for Demings, who was a police chief in Orlando, Fla.

“The emphasis is comfort in the courtroom,” Pelosi said.

Himes is not an attorney and does not have courtroom experience.

He said he was “kind of hoping ” to be named a manager “but it just didn’t happen.”

Later on Wednesday, the House voted along party lines to send the articles of impeachment to the Senate and appoint the managers.

Senate Majority Leader Mitch McConnell, R-Ky., said the senators would be ready to receive them and take sworn oaths to render “impartial justice” in the trial shortly after they receive those articles, which accuse Trump of abuse of power and contempt of Congress.

Those charges stem from Trump’s alleged pressure on Ukraine to investigate a political rival, former Vice President Joe Biden, by withholding military aid to that country and denying the House impeachment inquiry witnesses and documents that Democratic lawmakers had requested.

The impeachment managers will be part of a procession late Wednesday, led by Pelosi, to send the articles of impeachment to the Senate.

Senate Democrats insist on having witnesses at the trial. But McConnell has said the Senate would put off considering the terms of the trial until next Tuesday, allowing the Senate time to vote on a war powers resolution and a new trade agreement with Canada and Mexico.

Once the trial begins, there will be little time for the Senate to accomplish much else. Senators, including Richard Blumenthal and Chris Murphy, who will serve as jurors, will have little time to visit their homes states since the trial requires them to remain at their desks in the Senate chamber six days a week.

Supreme Court Chief Justice John Roberts will preside.  Roberts may rule on key issues concerning witnesses and evidence, but whatever he decides could be overturned by a simple majority vote.

Removing the president from office, however, requires the support of two-thirds of the Senate, or 67 senators.