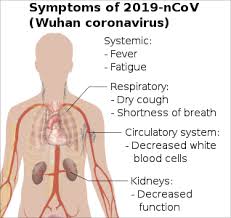 Washington –  With Connecticut one of 23 states where federal health officials have tested travelers from China for the coronavirus, the state’s U.S. senators on Tuesday asked the Trump administration to provide updates and detailed information on its response to the outbreak.

Sen. Richard Blumenthal and Chris Murphy, along with 28 Democratic colleagues in the Senate, sent a letter Tuesday to  Health and Human Services Secretary Alex Azar asking him to  keep Congress updated with the latest information regarding the severity of the disease. They also asked Azar about the nation’s capacity to diagnose cases, what steps were being taken to prepare U.S. health care workers and how many passengers at U.S. airports have been screened.

The Democrats had other questions for the HHS chief as well, asking about HHS’s “best current judgment about the clinical severity of this disease,” how many facilities across the nation are able to diagnose the new coronavirus, and what steps Congress should take to support HHS’s efforts.

Connecticut is one of 23 states where the Centers for Disease Control and Prevention has tested people for a new strain of the coronavirus that was first identified in Wuhan, China in December.

That strain of a virus, which produces flu-like symptoms, including fever, cough and shortness of breath, is highly contagious and has resulted in 106 deaths in China and more than 4,600 other cases of infection. Other countries in the region also are reporting more people infected — nearly all of them tourists from China.

As of Monday, the CDC had identified five people with coronavirus in the United States and said the agency had 73 additional cases pending.

In Connecticut, two people have come under surveillance by the Connecticut Department of Public Health. One is a student at Wesleyan University and the other is a high-school student from China who was participating in the annual Yale Model United Nations conference in New Haven.

Both patients exhibited flu-like symptom, and are believed to have influenza type A. 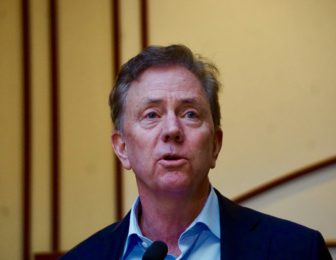 But the Chinese student, who was diagnosed at Yale New Haven Hospital, is in isolation pending the results of testing by the CDC. The Wesleyan student has tested negative for coronavirus.

The state is closely monitoring reported cases and remaining cautious on behalf of the public,” Gov. Ned Lamont said in a statement on Monday.

He promised to provide “updated information on residents tested for the virus and asked “that the public not panic.”

The United States and other nations, including France, South Korea and Canada, are finalizing plans to evacuate their citizens from the outbreak epicenter in Wuhan.

Azar on Tuesday offered to send a team from the CDC to China to help with the outbreak.

The CDC is also expanding its enhanced health screening for coronavirus from five airports to 20.

Ryan Tenny, spokesman for Bradley International Airport said the facility was not among the 20 airports conducting screening for coronavirus.

“Because we don’t receive direct flights from the impacted region there are no additional measures currently implemented at Bradley,” Tenny said.

He also said airport personnel will “continue to closely monitor the situation and will adjust our operation with appropriate measures should the need arise.”

One thought on “Blumenthal, Murphy press CDC on coronavirus outbreak”