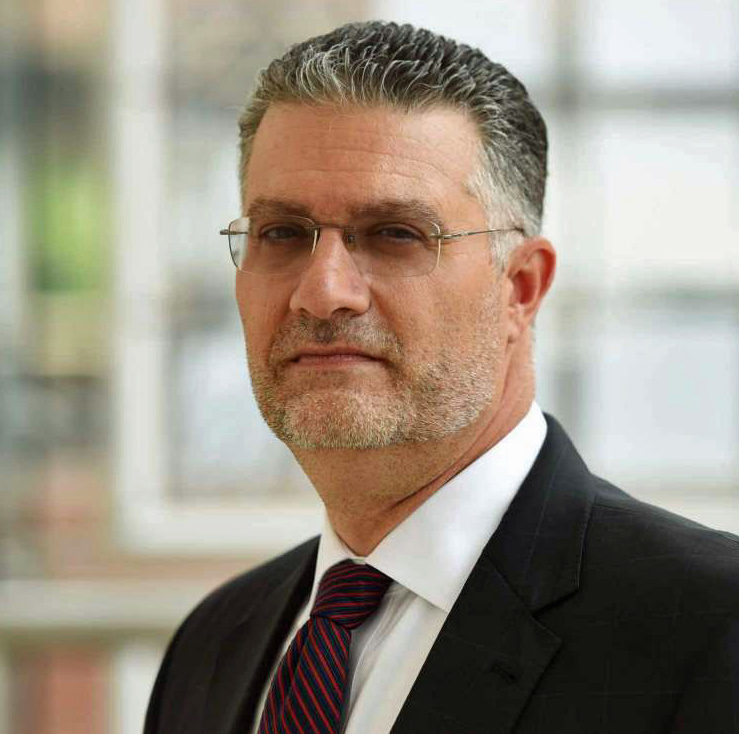 After a long day of collective soul-searching Thursday on the role prosecutors play in Connecticut’s criminal justice system, the state Criminal Justice Commission appointed Richard J. Colangelo, Jr. to be the next chief state’s attorney.

Colangelo, the state’s attorney for the Judicial District of Stamford/Norwalk, will replace Kevin Kane, who held the position for 13 years, the longest of anyone since the chief state’s attorney position was created in 1973.

“I appreciate the confidence the Criminal Justice Commission has expressed in me,” Colangelo said after being selected from among four applicants. “I’m looking forward to working with everyone to move the division forward.”

The decision was closely watched by criminal justice stakeholders throughout the system. The chief state’s attorney does not prosecute cases, but he plays a seminal role in crafting Connecticut’s criminal justice policies and provides coordination and support to the state’s 13 head prosecutors.

Colangelo could potentially change the culture and policies dictating how people convicted of violent crimes are treated, the conditions on which people are released pretrial and the resources wrongfully convicted individuals have to attain justice.

Questioners on the commission and in the audience latched onto this potential for reform. Commissioner and poet Reginald Dwayne Betts, who spent eight years in prison for carjacking before graduating from Yale Law School, challenged the applicants — all of whom have been prosecutors at some point in their careers — to be insightful about the roles they and their colleagues have played in mass incarceration and the U.S.’s highest-in-the-world incarceration rate, which disproportionately affects people of color.

“You started working when a prosecutors’ job was really to lock people up,” Betts told Colangelo, who has been in the field for almost 30 years.

“I never looked at it as I was looking to lock someone up. I always looked at – it really sounds cliche – but I always look to do the right thing,” Colangelo said, though he acknowledged that the U.S. has an issue with its incarceration rate.

“It seems like prosecutors are on the front line of sending people to prison,” Betts said. “Legislators aren’t.”

“A prosecutor never sentences someone,” he said. “It’s always the judge that sentences them.”

Eventually, Colangelo agreed that prosecutors wield “tremendous power,” and that they should never overcharge someone to manipulate them into accepting a plea deal to a lesser crime. He also said state’s attorneys should be mindful of alternatives to incarceration, and reflected on how his method for trying cases has changed over time.

“Jail is kind of the last resort, and I’m doing things differently in cases now than I was doing back 30 years ago,” said Colangelo.

During the public comment period, attendees called on the commission and the next chief state’s attorney to act immediately to prevent more police shootings. Officers in the state have killed seven people in the past year, three of whom have been killed since Jan. 1.

Jazmarie Melendez, the sister of 15-year-old Jayson Negron, who was fatally shot by Bridgeport police in 2017, said Connecticut is in a “state of emergency.”

“We will continue to fight for all who have been taken at the hands of Connecticut police,” Melendez said, “and you have an obligation to see that Connecticut has a corrupt police force that is being allowed under law to kill black and brown people.”

The public comment period abruptly ended after community organizer Kerry Ellington refused to yield her time and end her testimony.

“I’m mentally worn down from young black and brown children being gunned down by men who are supposed to be, quote, ‘following the law,'” Ellington said, continuing to talk after the commission shut off her mic. “When the community is speaking to a crisis, you should listen.”

“I’m mentally worn down from young black and brown children being gunned down by men who are supposed to be, quote, ‘following the law.'”

Asked after his appointment what he could do to repair trust with communities raw with grief and anger at the police shootings, Colangelo said, “Honestly, it is meeting with groups, giving people the time to express their opinions and see what we can do to find common ground, if we can. If we can’t find common ground, to at least try to move it forward.”

Colangelo said his first goal was to go to each judicial district and assess the needs of each state’s attorney’s office, and meet with community members to hear their concerns about the criminal justice system. Outreach will be a key function of Colangelo’s office, he said, adding that the Division of Criminal Justice must do as better job meeting with groups affected by their decisions and identifying its role and powers in the criminal justice system.