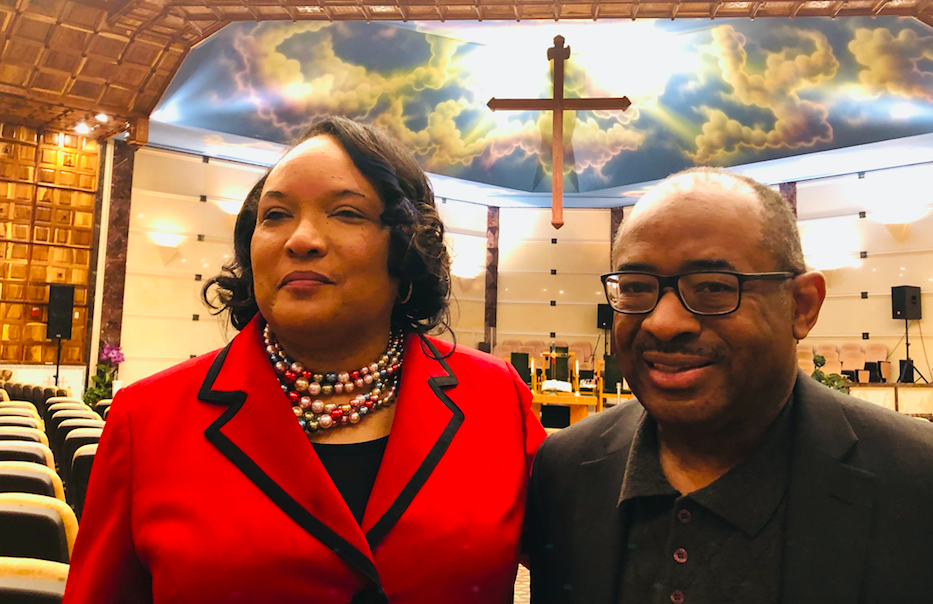 The Rev. Robyn Anderson, left, and the Rev. Moses Harvill, inside Cross Street AME Zion Church in Middletown. They are two of the Ministerial Health Fellowship’s co-founders.

For years, faith leaders across the state have gathered to talk about the health issues affecting their congregants. In minority communities, that discussion often focuses on disparities in treatment, access to care and health outcomes.

The Rev. Robyn Anderson heard the concerns and is turning them into advocacy.

Anderson, a pastor at Blackwell AME Zion Church in Hartford, helped form a network of more than 30 churches and 3,500 members to carry the voices of underrepresented communities – especially African Americans and other people of color – to state agencies and the legislature.

“Our voice was not really being heard,” she said. “And we needed to have a voice.”

As lawmakers wade into the thorny issue of health reform, Anderson’s five-year-old organization – the Ministerial Health Fellowship – is encouraging them to add those perspectives to the debate.

And with the General Assembly convening on Wednesday, the health fellowship has outlined a series of recommendations for tackling pervasive issues, including access to care, the affordability of insurance and changing the way the state collects health data.

Most of the race-related statistics gathered in Connecticut show health outcomes for black, Hispanic and white residents. Anderson’s group is urging the state to expand its reporting by taking into account other races and ethnicities. It also recommended including the various languages spoken by people statewide. 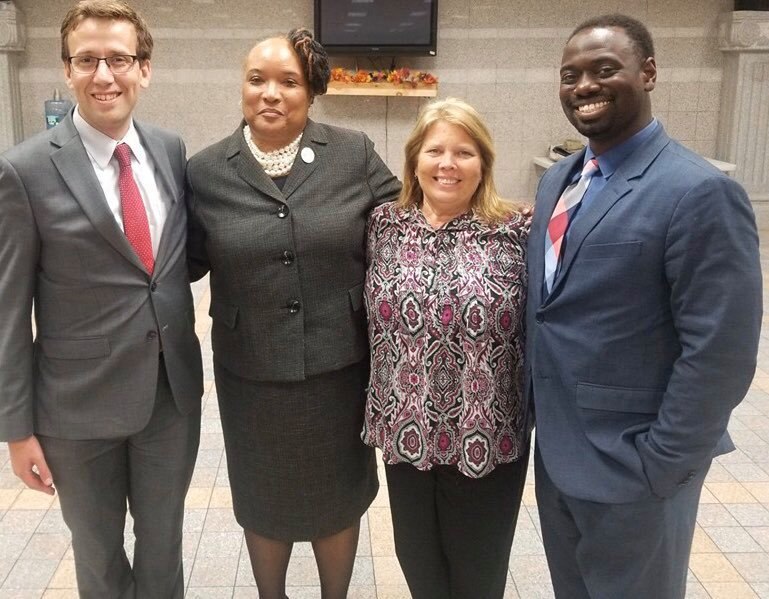 The broader categorization masks disparities that affect residents of certain races and ethnicities. For example, diseases that disproportionately impact Puerto Ricans or Mexicans may not appear in data about Hispanics.

“The data that we find, especially in Connecticut, really does not represent what is needed in all of our communities and what the real health concerns are,” Anderson said.

The suggestion was echoed recently by two advocacy and research groups that called for more specificity in the reporting.

The fellowship also recommended that legislators address the affordability of health care services and health insurance.

Anderson hears from parishioners who face the frightening dilemma of deciding whether to seek emergency care when they don’t have insurance.

In one case, a woman called complaining of severe stomach pain but was reluctant to go to the hospital.

“I told her she needed to go to the emergency room. And she said, ‘I’m going to wait. … I don’t have any insurance. I could not afford the premiums,’” Anderson recalled. “And I said, ‘Well, you still have to go to the hospital.’”

The woman ended up needing an emergency surgery to remove her appendix.

Another uninsured congregant developed a throbbing headache but was fearful of the kind of bills she might incur by visiting the emergency room. At Anderson’s urging, she went anyway and had a stroke at the hospital.

Had those parishioners been able to afford coverage, Anderson said, their health problems may have been prevented, or they may have sought treatment earlier. Many people without insurance forego routine appointments with primary care physicians who can offer health counseling and catch issues before they become dire.

To help defray the cost of some congregants’ medical bills, religious leaders are taking up collections. Church officials also assist their members in applying for subsidies, accessing prescription drugs and arranging transportation.

But they are leaning on the legislature to do more.

“No one should have to make a decision about whether they eat or pay for health insurance,” Anderson said. “Everyone has a right to health insurance that they can actually afford.”

Lawmakers this year are exploring ways to bring down the cost of health care in Connecticut, with proposals aimed at lowering or capping drug prices, creating a reinsurance program to help fund sizable claims and establishing a public option that features smaller premiums than other plans. But some of the ideas have already received considerable pushback.

Gov. Ned Lamont, who last year endorsed the public option bill, said recently that he no longer supports the measure. And key Democrats have acknowledged that the three-month legislative session leaves little time to tackle the controversial proposal.

Some of the health fellowship’s other suggestions are already being embraced, however. The group urged the General Assembly to preserve Medicaid eligibility at the existing level, and to address the affordability of dental care.

Last year, lawmakers restored some of the funding for Medicaid that was cut in 2016 after the legislature tightened income restrictions. In 2019, they pushed the threshold to 160% of the federal poverty level, up from 155%. That extended coverage to about 3,600 more people. Elected officials said there are no plans to tinker with the eligibility requirements this year.

And in their preview of upcoming legislation, Senate Democrats pledged to push for expanded dental coverage. They have proposed allowing young adults to stay on their parents’ dental and eye insurance until age 26. The current age limit is 25. 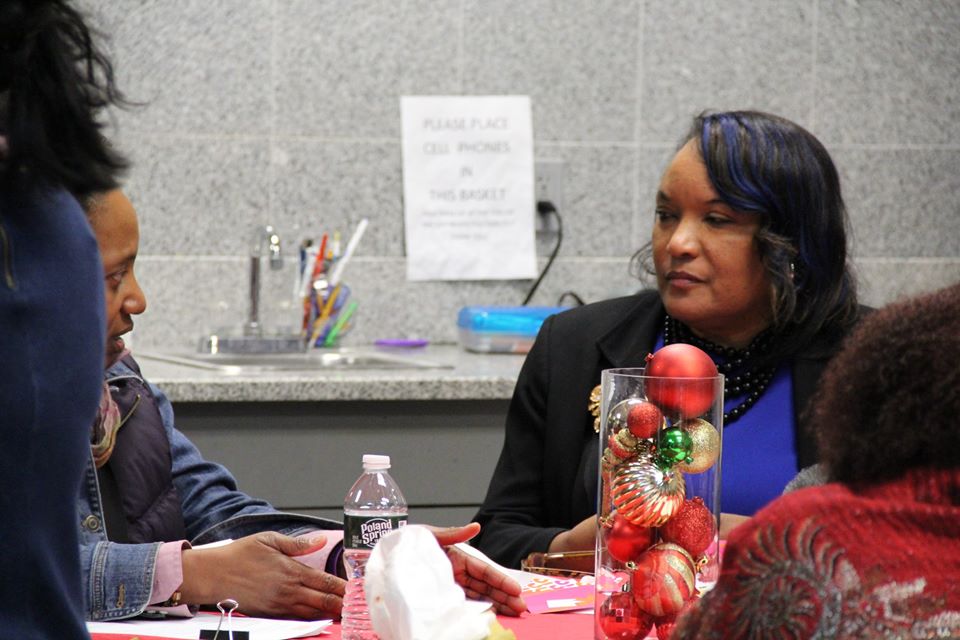 Anderson talks with parishioners at an advocacy training session in December.

Sen. Matthew Lesser, D-Middletown, a co-chairman of the Insurance and Real Estate Committee, said there is also discussion around a public option for dental insurance, though no specifics have been ironed out.

“The takeaway that I’ve had over the last year has been just how many people fall through the cracks – the folks who don’t qualify for Medicaid but also can’t afford coverage under the Affordable Care Act. These are people who theoretically should have coverage but can’t afford to access it,” Lesser said. “One of the things we’re really focused on is addressing that issue.”

As policy work gets underway, Anderson encouraged legislators and other state leaders to have the hard conversations that lead to systemic change. That involves looking at the state’s starkest health disparities, including that black and Latino residents are more likely than white residents to be uninsured, to die before reaching adulthood and to report being in poor health.

“If we’re really going to talk about health equity, we’ve got to deal with racism. We’ve got to have some tough conversations about racism,” Anderson said. “If we’re going to be serious about this, we have to get to the root of it.”