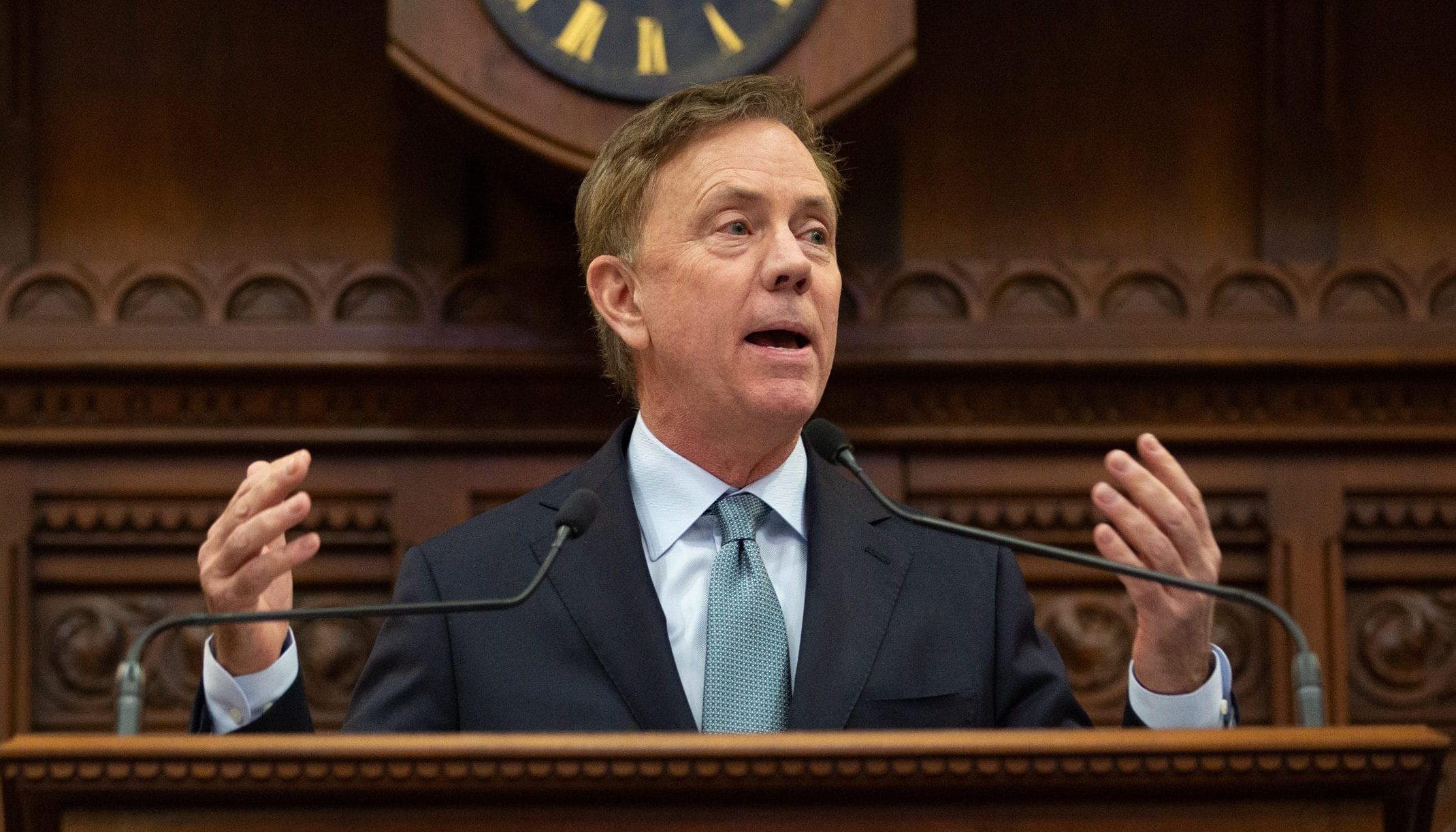 Gov. Ned Lamont made his first budget address to the legislature last February. Today, he delivers his second.

Gov. Ned Lamont will unveil a revised budget Wednesday that bans flavored vaping liquids, including menthol, and places new restrictions on the debt-free community college program, according to sources briefed on the plan late Tuesday.

And while it includes no major tax hikes, sources said the governor’s budget for the upcoming fiscal year would increase the levy adopted last May on e-cigarettes, offer an amnesty program for captive insurance companies, and impose a new surcharge on those who pay for state licenses and permits by credit card.

The governor also continues to support the legalization of recreational marijuana and the taxation of cannabis sales, but his budget assumes no new revenue from this change, sources said. Instead, Lamont will task the Department of Consumer Protection and the Connecticut Commission on Equity and Opportunity to study the issue over the next year and report back with recommendations.

Lamont also will propose broadening the public financing program for state elections to allow candidates to use state grants for child-care services.

Though full details won’t be disclosed until the administration’s morning press conference, sources said the plan for the fiscal year starting July 1 spends close to the $22 billion set in the preliminary 2020-21 budget Lamont and lawmakers adopted last May.

The governor, who has ruled out legally exceeding the state spending cap — despite swelling emergency reserves — submitted a proposal that falls $9 million under the budget cap.

Changes to vaping and to debt-free community college

Lamont, who met with New York Gov. Andrew Cuomo last September to discuss vaping, pledged his administration would intensify efforts in 2020 to curb its use, particularly among youth.

“Very little is known in the medical community at this time about the long-term effects of vaping,” Lamont said last fall. “Working with public health experts – and in collaboration with our neighboring states – we are in the process of developing a comprehensive, effective response to what is becoming a growing public health crisis. But I cannot stress enough – the best thing for people to do is just avoid e-cigarettes and vaping products altogether.”

Part of that response, sources said, will include a ban on flavored vaping products as well as an increase in the tax on all e-cigarette liquids approved by lawmakers last May.

Though full details about the increase weren’t available late Tuesday, the original tax hike approved nine months ago had two components: 40 cents per milliliter of liquid for any e-cigarette product that is pre-filled and sealed, and 10% of wholesale price for all other e-cigarette products.

The program envisioned by lawmakers last spring was intended to entice more students to enroll in state community colleges, bringing with them more federal grants. This potential surge, coupled with an infusion of Connecticut Lottery Corporation receipts from new online sales, would enable most students to graduate without debt.

But the president of the Board of Regents for Higher Education, Mark Ojakian, warned last September that he has become “increasingly concerned” that additional lottery revenues would not be available in time. Legislators have yet to approve online sales.

Sources said the governor’s budget proposal restricts the debt-free program in several ways. A means test would be instituted to weed out students with sufficient resources. The program also would be limited to students who enroll full-time in courses within one year of graduating from high school.

No major tax hikes, but some revenue is needed

Lamont’s new plan, sources said, does not include any major tax hikes.

That’s partly due to Lamont and lawmakers already approving a series of tax and fee increases last May that would generate more than $300 million in annual revenue both this fiscal year and next.

But the preliminary 2020-21 budget adopted last May also called for the administration to develop — by February 2020 — a plan for $50 million more in fee increases.

Sources said Lamont’s budget does not do that, but does seek to generate smaller amounts of revenue in other ways.

One option would be an amnesty program aimed at captive insurance companies.

Full details were not available late Tuesday, but the governor’s plan would waive certain charges owed by these “captive insurers,” which refers to companies wholly owned and controlled by those it insures.

Connecticut municipalities have increasingly begun imposing a surcharge on residents who pay local fees and other charges by credit card, and sources said the governor’s budget also would include a state system for this.