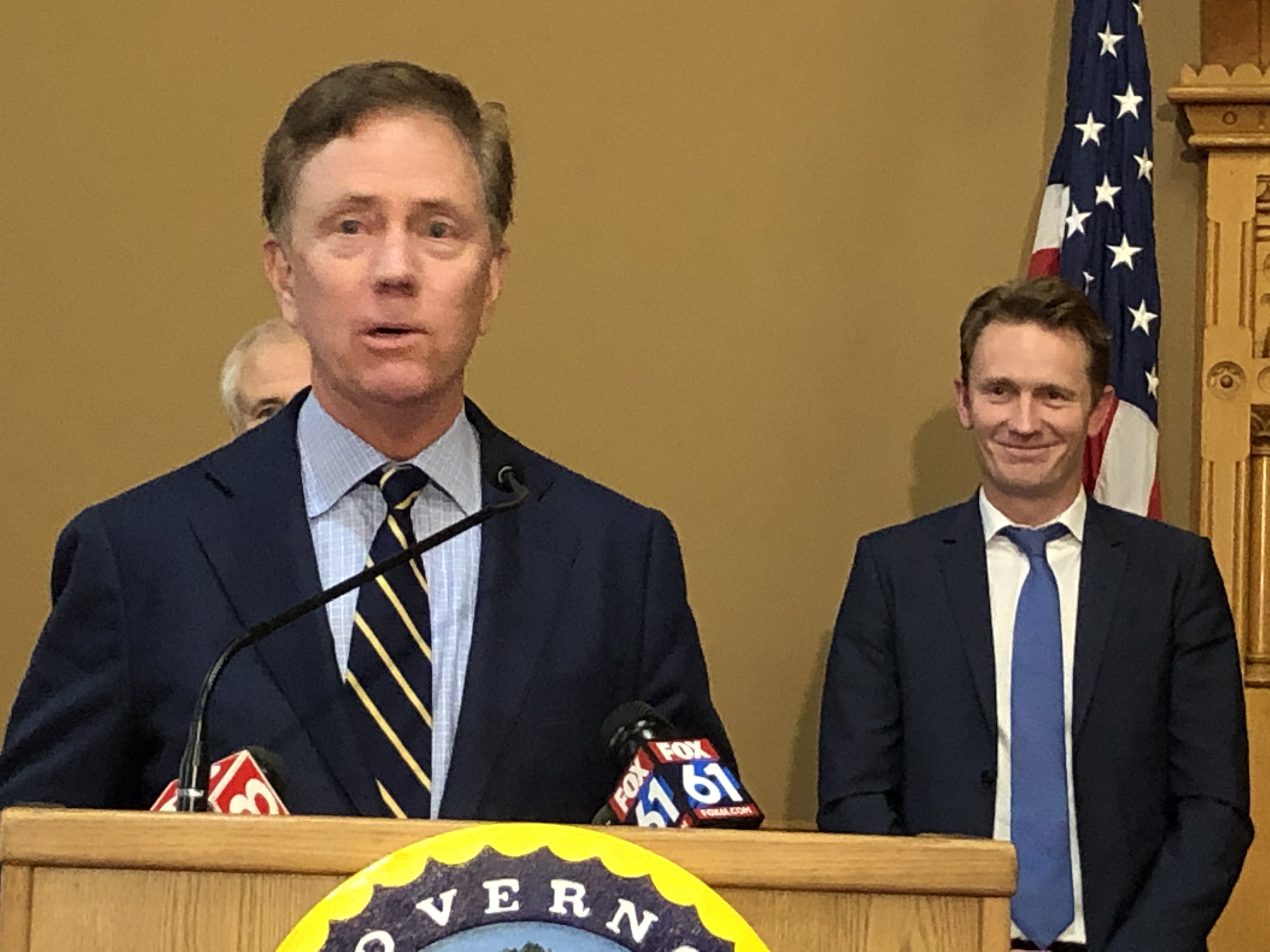 While Gov. Ned Lamont announced a landmark deal Tuesday to develop New London harbor and an offshore wind center, the partisan battle over Connecticut’s quasi-publics — including the entity overseeing this project — intensified.

Lamont announced Eversource and its Denmark-based partner, Ørsted North America, will transform New London into the green energy capital of the Northeast as part of a deal unanimously ratified by the Connecticut Port Authority’s oversight board.

A few hours earlier, though, Senate Minority Leader Len Fasano, R-North Haven, charged Lamont should have fully disclosed the deal before ratification, given the port authority scandals that dominated headlines in 2018 and 2019.

Fasano, who also criticized the Democratic governor last Friday for proposing $45 million to launch another development authority supported by an ally in the tolls debate, called Tuesday for a voluntary moratorium on funding increases for all quasi-public entities.

“Economic growth has remained a top priority throughout my administration, and this agreement paves the way for a surge in activity in New London and eastern Connecticut that will cement the state’s position as a leader in the industry,” said Lamont, who announced the new development deal Tuesday.

“This is what places all over the world are trying to figure out how to do,” said port authority Chairman David Kooris. The authority will oversee the project, which is expected to be completed by August 2022, and could create 400 jobs and generate as much as 4,000 megawatt hours of electricity once fully developed man years from now.

Ørsted North America — an international pioneer in offshore wind projects — and Eversource will work with Gateway Terminal, which operates state pier in New London, to remake it into a heavy-lift capable port that can accommodate wind generation equipment and other related cargo. 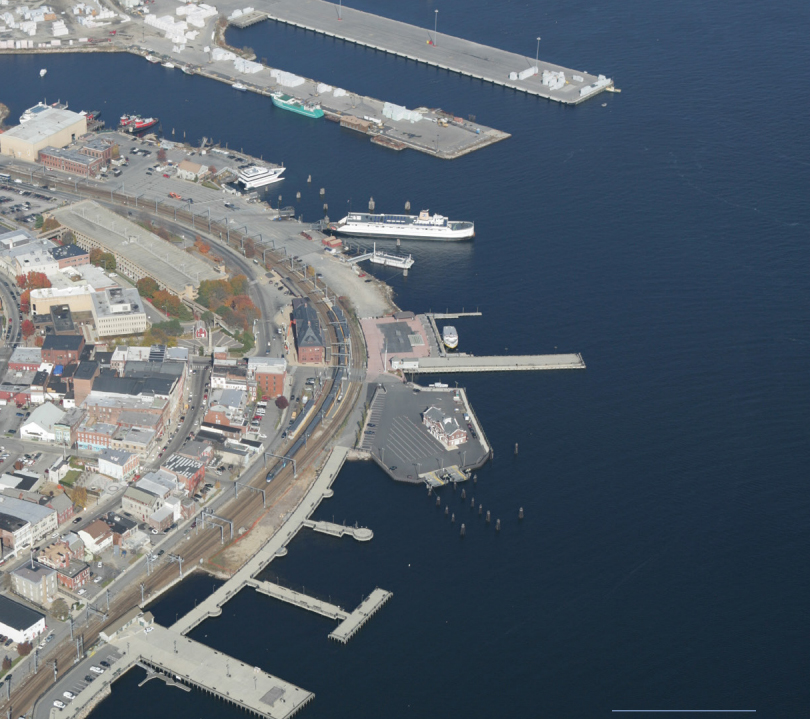 This venture, which Lamont insists is vital for Connecticut’s energy and economic futures, is one of the reasons the governor ordered wholesale changes to the port authority shortly after he took office in 2019.

The auditors complained repeatedly about a lack of management oversight, saying the port authority’s board and executive director had failed to establish policies to govern various operations.

Lamont, who inherited the mess, had reached similar conclusions.

But Fasano said the governor should have gone farther.

The administration notified legislative leaders via email Saturday that a deal would be completed on Tuesday, and provided them Monday evening with a written summary.

Given the authority’s past, the administration should have released the full agreement, not just a summary, and opened it to legislative and public scrutiny before it was completed, Fasano said.

Execution and oversight of contracts is an Executive Branch function and Lamont and his administration countered they went above and beyond to keep lawmakers in the loop.

“Too rushed?” Lamont asked rhetorically. “I’m just the opposite. What the heck took so long?”

There have been discussions in Connecticut about harnessing wind power since the 1960s, the governor added. “I don’t want to wait any longer,” he said. “I don’t need any more studies.” 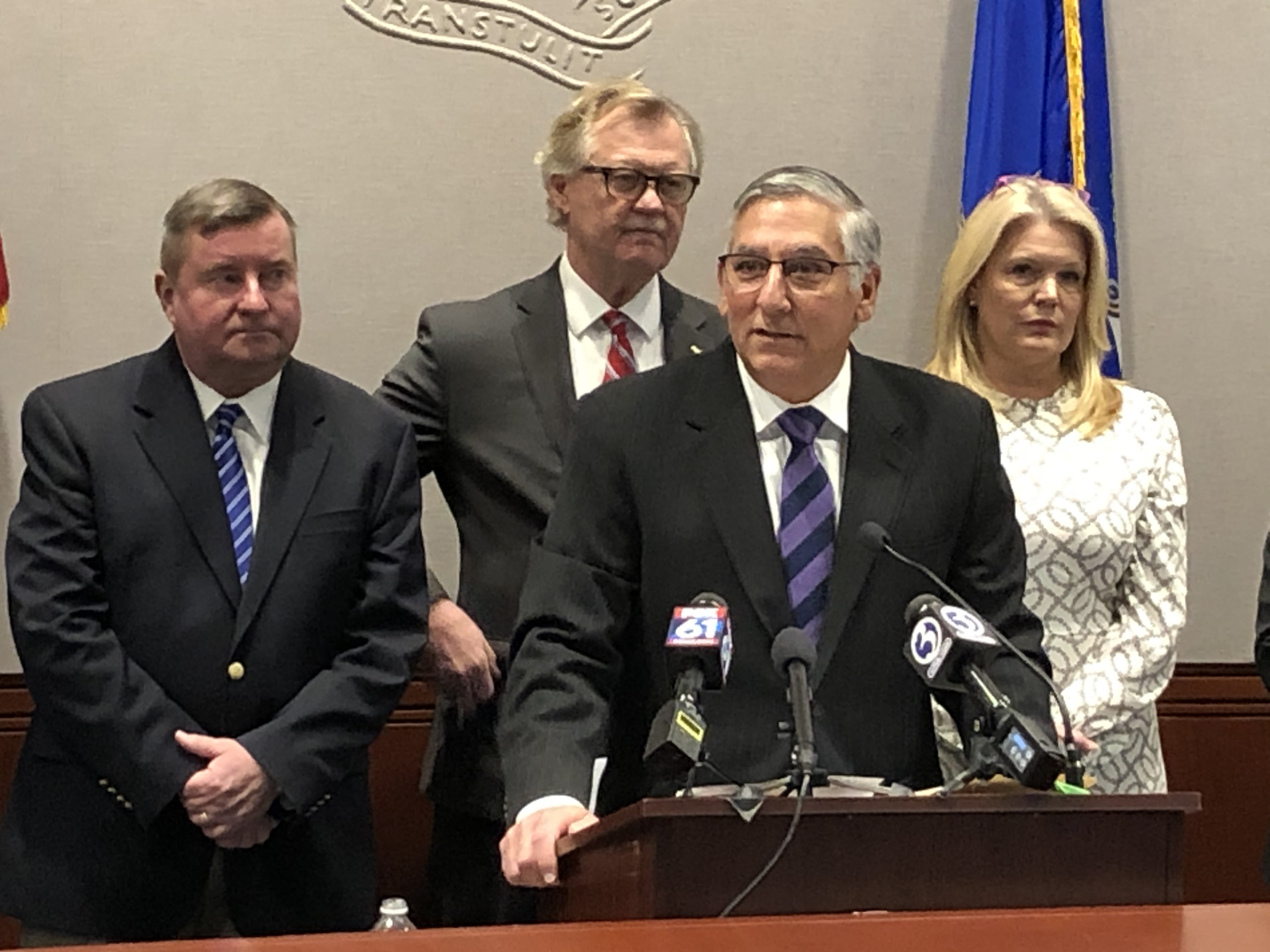 Though called “quasi-public,” they still are public entities created by the legislature. The term “quasi-public” stems from the fact that certain agencies have functions similar to the private sector, but doesn’t mean they actually are exempt from public ethics and disclosure rules, or from government oversight.

“For years Republicans have proposed policies to stop quasi-publics from engaging in questionable behavior and mismanagement of taxpayers dollars,” Fasano said. “Unfortunately, past administrations have turned a blind eye to these problems, allowing new quasi-publics to be formed without proper oversight, controls or transparency. With the most recent scandals at the CT Port Authority and CT Lottery Corporation, these issues can no longer be ignored by those in charge.”

The former vice president of the lottery corporation, Chelsea Turner, is suing lottery President Gregory Smith for unspecified damages. Turner was suspended last July after disclosing she had reported suspicions of wrongdoing at the lottery in 2014 to the FBI.

Senate Republicans proposed several changes Tuesday to improve regulation and monitoring of all quasi-public entities including:

“We believe that leadership needs to be intrusive,” Fasano said, paraphrasing a quote last summer from Lamont, who also called for much stronger oversight of quasi-publics as the Connecticut Port Authority scandal dominated the headlines. 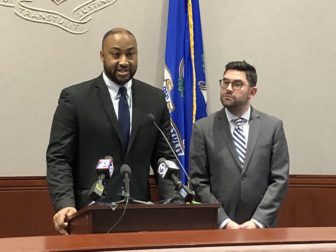 “Sometimes intrusive leadership is required to make sure that happens, and now is one of those times,” Lamont wrote in a July 30 press release.

Both Fasano and Lamont said quasi-publics have a positive role to play in state government, provided there is sufficient oversight.

Paul Mounds, Lamont’s chief operating officer, said the current administration is providing that oversight in a way few other administrations can match.

Mounds said his office meets monthly with all quasi-public agencies to review their respective missions and their progress, as well as conformity to the overall direction required by the governor.

All contracts and salaries are posted on the state’s online fiscal transparency website, Mounds added.

“The quasis give us room to put together partnerships like this,” Lamont said, referring to the venture between Eversource, Ørsted North America and the state. “The quasis are innovative and nimble in terms of what we’ve got to do.”