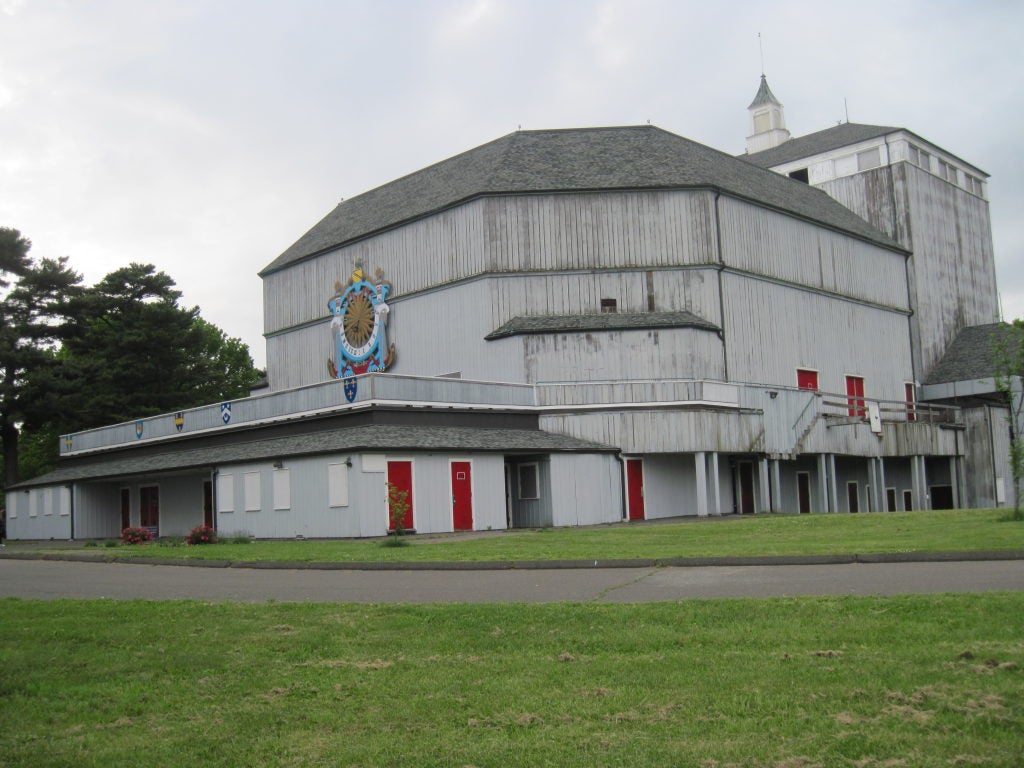 The historic American Shakespeare Theatre in Stratford, which was built in 1955 and on whose stage Katharine Hepburn, Christopher Plummer and other famous actors performed, burned down last year. Sen. Kevin Kelly is seeking an undetermined amount of state bonding to rebuild the theater.

Republican legislative leaders may be on Democratic Gov. Ned Lamont’s “debt diet,” but rank-and-file GOP lawmakers are bypassing the proverbial salad bar and eyeing the burger and fries.

Republican leaders said their colleagues simply are doing their duty by asking to use Connecticut’s credit card for theaters, community buildings, rail facilities, police and fire stations, a 4-H camp and other projects.

But majority Democratic legislators — whom Republicans routinely blast for borrowing too much — are crying foul.

“This is the disconnection from the facts that the Republican party in the General Assembly is struggling with,” House Speaker Joe Aresimowicz, D-Berlin, said Thursday.

“This is the disconnection from the facts that the Republican party in the General Assembly is struggling with.”

But Senate Minority Leader Len Fasano, R-North Haven, countered that rank-and-file Republicans are “duty-bound” to seek bonding for the projects their respective communities need the most. “This is a wish list legislators get from their towns,” he said. 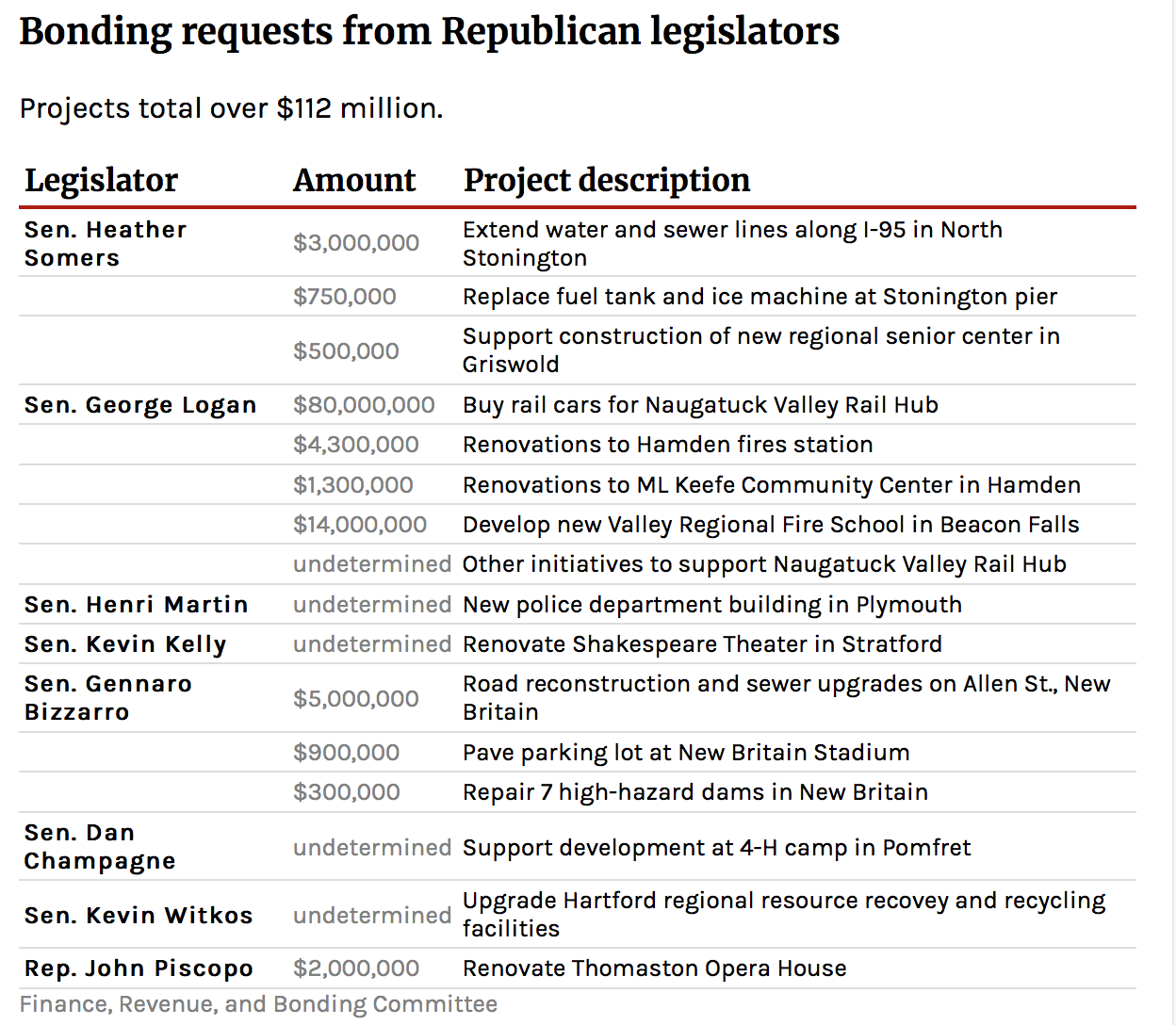 Sen. Heather Somers, R-Stonington, asked for $4.25 million — $3 million to fund a water and sewer line extension in North Stonington, $500,000 to help construct a new, regional senior center in Griswold, and $750,000 to replace a fuel tank and the ice machine that support the fishing industry at Stonington pier.

“If a community asks you, as a senator, to put in a request that is essential to your community, that is your obligation,” Somers said.

“If a community asks you, as a senator, to put in a request that is essential to your community, that is your obligation.”

But Lamont said Connecticut needs to get a better handle on these obligations.

With more than $26 billion in bonded debt, Connecticut outranks most states on a debt-per-capita basis.

The governor had called for General Obligation bonding — borrowing to be repaid out of the budget’s General Fund — to be limited to slightly less than $1.4 billion per year.

His fellow Democrats in the legislature pushed back, saying this would harm economic development and affordable housing efforts.

Lamont was willing to consider an annual borrowing level of about $1.77 billion — provided legislators supported truck tolls to bolster transportation. The tolling plan never garnered sufficient support and Lamont abandoned it in mid-February. Republican leaders now want the governor to go back to his “debt diet.”

Rep. Chris Davis of Ellington, the ranking House Republican on the Finance, Revenue and Bonding Committee, said GOP lawmakers can advocate for their respective communities and still support an overall, lean borrowing plan. 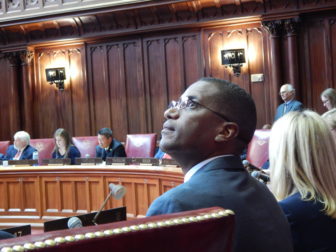 “A lot of these requests won’t go forward and they [other Republicans] understand that,” he said, adding that GOP requests are transparent but most of the asks being made by Democrats  remain hidden for now.

Democrats did introduce eight bills seeking nearly $21 million in bonding, and another two bills requesting an undetermined amount of funds.

But most in the Democratic majority simply convey their requests privately to leaders on the bonding subcommittees of the finance board. Those projects may not be identified until the legislature votes on a full bond package weeks or months from now.

Much of the money Connecticut borrows is focused in urban areas, where there is a concentration of poverty — and also where Democrats hold the majority of legislative seats.

“The entire state has issues, not just the urban areas,” said Logan, who is seeking $80 million to develop the Naugatuck Valley rail hub and another $5.6 million to repair a fire station and a community center in Hamden.

But Osten said the Republicans can’t escape their double-standard.

Democrats seeking bonding can defend their requests just as Logan and Somers did, but Osten said the GOP routinely characterizes projects in Democrats’ districts as frivolous and wasteful.

“To me, bonding is about doing things that help out our communities,” she said. “They [Republicans] believe in their projects. So do we.”