Lamont, governors from region, ask for $100 billion from feds to respond to coronavirus 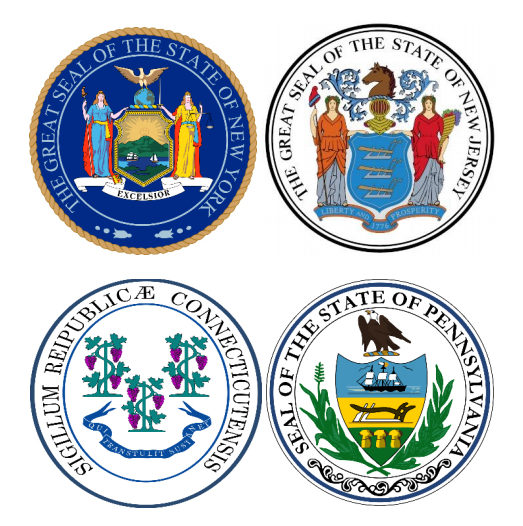 WASHINGTON –– Gov. Ned Lamont on Friday joined the governors of New York, New Jersey and Pennsylvania in asking President Donald Trump and congressional leaders for $100 billion in direct cash assistance to avoid laying off government workers and slashing funding for education and transportation during the COVID-19 crisis.

Lamont, and governors Andrew Cuomo, Phil Murray and Tom Wolf said their states deserve the money because, together, they represent 16 percent of the nation’s economy and “are on the front lines” of the battle against the coronavirus.

“We have acted collectively to take the most aggressive approach possible to mitigate the spread of the virus,” the governors wrote. “We have declared states of emergency and mobilized all available state resources. We have closed our schools, our restaurants, and our malls – and have significantly restricted or closed nonessential businesses. We have dramatically increased spending to protect our residents from this virus and to provide critical relief for individuals whose livelihoods are threatened or upended by our response.”

Without the money, the governors said they will be forced to “make incredibly difficult choices in light of our new fiscal reality.”

“Without flexible and immediately accessible resources, states may be left with no choice but to lay off thousands of employees, be unable to pay employees who are providing life-sustaining services, slash funding for education and transportation, and substantially reduce critical services — just as our residents need our support the most,” the governors wrote.

The governors want the $100 billion in direct aid to be included in the third coronavirus bill under negotiation among the White House, congressional Democrats, and congressional Republican. They did not indicate how they wanted to divide them money among the four states.

The new coronavirus stimulus bill is expected to exceed $1 trillion dollars. But it is expected to include expensive new programs, including cash payments to Americans and help for small businesses and large industries hard hit by the virus.

The four governors will have to compete with their counterparts in other states and an army of special interests for the money.