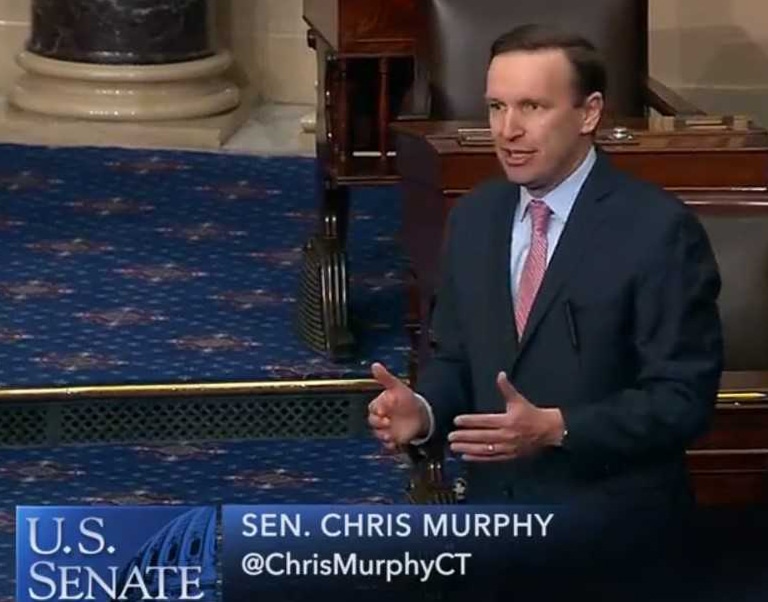 Washington – Congressional Republicans and Democrats on Monday continued to argue over a massive new coronavirus relief package that would send $1,200 checks to many Americans, bolster the unemployment insurance system and disburse a broad range of emergency funds and loans to businesses.

Monday afternoon, for the second time in 24 hours, Democrats blocked an attempt to move the bill forward on a 49-46 partisan vote. Sixty votes were needed and reaching that goal is harder for Republicans a five GOP senators are in self-isolation and can’t vote.

Senate Majority Leader Mitch McConnell, R-Ky. said the  “no” votes on the procedural motion amounted to “mindless obstruction” and Democrats were “fiddling around while the public is waiting for us to act.

“The American people have had enough with this nonsense,” he said.

Democrats say the bill in question, a GOP proposal, does not provide enough money for individuals, states and hospitals and fails to put enough restrictions on coronavirus-hit industries, like the airlines, that will be able to borrow billions dollars from the federal government.

“It may make a lot of people rich, but it doesn’t have the resources in it today to take care of the most vulnerable in this country,” said Connecticut Sen. Chris Murphy in a speech on the Senate floor.

But as the stock market fell again on Monday and the number of COVID-19 cases grew, there was still some optimism a deal could be reached, even as some senators clashed angrily over delays in voting for the massive bill.

“I’m very, very hopeful,” said Sen. Richard Blumenthal, D-Conn., “There is a dramatic, urgent, imperative like nothing before in our lifetimes.”

Murphy said “I don’t think the differences are so big that they can’t be resolved in the next couple of hours.”

But as of late Monday, no agreement had been reached although some lawmakers, and Secretary of the Treasury Steven Mnuchin, indicated some progress had been made.

The GOP bill Senate Democrats have yet to embrace — whose total cost may be as much as $2 trillion before a final deal is struck — is aimed at sending billions of federal dollars to individuals and businesses to try to keep the U.S. economy from collapsing.

The Senate bill would establish $500 billion in loans and loan guarantees to businesses, states, and cities, and would appropriate $350 billion for small businesses.

It would also send $1,200 checks to many Americans, and $500 to each of their children. Those who earn $75,000 or less a year would get the full amount of money. But payments would be smaller for those earning more than that and cut off completely for those whose annual incomes are $99,000 or more.

Americans who earn too little to pay federal income tax last year — the nation’s poorest residents –would receive only $600 under the GOP plan.

The Republican bill, drafted by Senate Majority Leader Mitch McConnell, R-Ky., would also provide about $100 billion for hospitals and about $250 billion to beef up state unemployment insurance programs. Those previously ineligible to file for unemployment, including individual contractors like Uber drivers and gig economy workers, would be able to receive unemployment.

Older Americans who are subject to mandatory minimum distributions from their retirement accounts would be able to keep their capital invested instead of being forced to cash out at a time when the stock market has plummeted, and the bill would waive penalties for coronavirus-related early distributions from 401(k)s and IRA’s.

And employers would be able to delay the payment of their 2020 payroll taxes until 2021 and 2022, leading to approximately $300 billion of extra cash flow for businesses.

It would be the largest rescue ever attempted by Congress, dwarfing legislation passed during the financial crisis of 2008.

But Blumenthal and Murphy say the legislation’s focus is misplaced.

“Our goal is families and workers first and this Republican bill fails to give them priority,” Murphy said.

One sticking point is the bill would provide low-interest loans for states like Connecticut, instead of grants. “When you shortchange states… then you are not serious about stopping the virus,” Blumenthal said.

There are also Democratic concerns about an unprecedented $500 billion funding program of loans and loan guarantees proposed in the Republican bill.  Blumenthal and other Democrats call it a “slush fund” because the Treasury Department would have broad discretion over who receives the money.  If companies don’t lay off any workers, the loans would be forgiven.

There is little precedent for a program with a similar size and scope.

It would provide $50 billion for passenger airline companies, $8 billion for air cargo firms, and $17 billion for companies deemed critical to the U.S.’s national security. But it does not place many restrictions on this money.

“We want more transparency when loans are made,” Blumenthal said, including a prohibition on stock buy backs and a requirement that companies that receive help must not lay off their workers.

Blumenthal also said the bill’s aid to hospitals and medical centers, about $100 billion, is not enough. Democrats want to appropriate $250 billion.

“Hospitals have economic challenges,” Blumenthal said. “They are not doing elective surgery, their main source of revenue has disappeared. And they still need to meet their payroll.”

However, both sides are close on the unemployment and small business provisions of the bill, Blumenthal said.

He also said the $600 check limit on those who did not pay any taxes next year “is going to be changed.”

Meanwhile House Speaker Nancy Pelosi, D-Calif., on Monday unveiled her own $ 2.5 trillion coronavirus package, which would increase money for individuals, place strings on corporate loans and address other concerns Democrats have about McConnell’s bill. 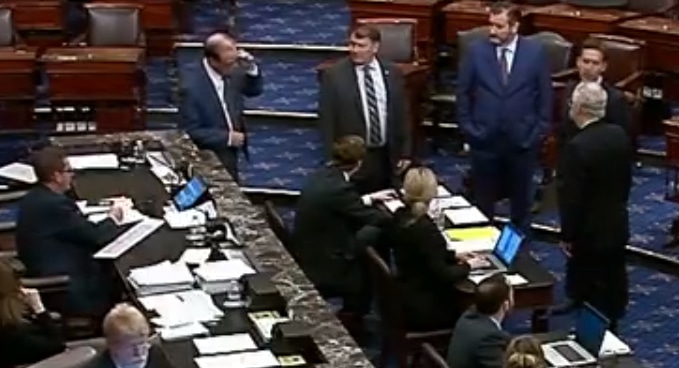 Maintaining proper social distance is apparently a challenge for members of the U.S. Senate as they vote on one procedural matter in the coronavirus relief package Monday.