CT enrollment in food stamps soars, but there’s a wait for benefits 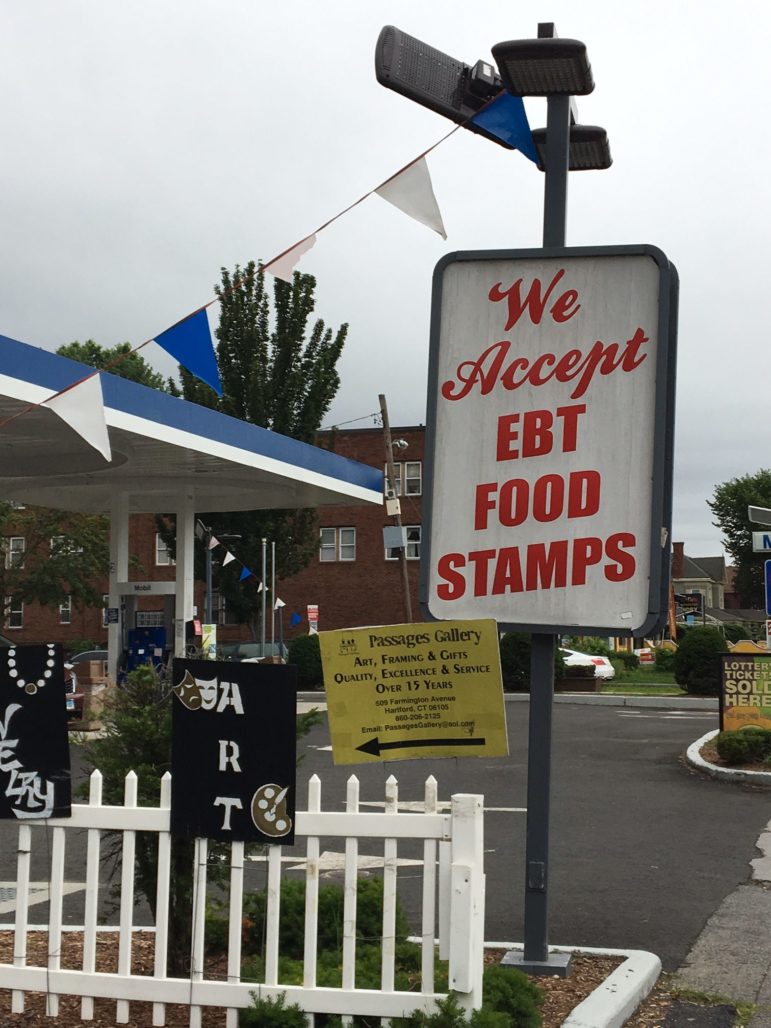 The economic hardship imposed by the coronavirus emergency has caused her organization  to receive five times the normal number of calls from state residents who want to apply for food stamps.

As of Monday, the Connecticut Department of Social Services experienced a tripling in the number of food stamp applications — from 147 to 453 a day — spokesman David Dearborn said. The states’s most recent food stamp enrollment is 360,128 individuals in 197,800 households.

The federal coronavirus stimulus measures approved last month have boosted funding for the Supplemental Nutrition Assistance Program, or SNAP, (the official name for food stamps) and put a pause on Trump administration attempts to limit enrollment in the program.

But members of Connecticut’s congressional delegation say the effort is not enough.

On Friday, led by Sen. Chris Murphy,  Democratic lawmakers wrote Agriculture Secretary Sonny Perdue, whose agency runs SNAP,  to say the administration should abandon all efforts to continue work on new rules that would reduce benefits.

“Your decision to continue to pursue these rules puts hundreds of thousands of people in Connecticut at risk of severe food insecurity during the ongoing coronavirus pandemic,” they wrote. “The St. Louis Fed estimates have noted that the coronavirus outbreak could cause the unemployment rate to reach 32 percent, and the economic fallout is likely to persist long after the initial wave of the outbreak has passed,” the lawmakers wrote.

The second stimulus bill, the Family First Coronavirus Response Act, has temporarily put the brakes on the Trump administration’s new work requirement rules. The administration had put a three-month time limit on benefits for adults under 50 without children in their home, unless they worked at least 20 hours a week. But as of April 1, that restriction no longer applies.

That relief is temporary. And Perdue said he would continue to work to change other food stamp rules, including one that would bar states from automatically enrolling someone in SNAP if they qualify for another social welfare program, like heating assistance.

A boost in benefits, but there’s a wait

For now, however, Congress has passed laws that for a few months at least will help those who are struggling financially buy food. The government has temporarily boosted monthly food stamp benefits for those who aren’t already receiving the maximum.

On Thursday, Gov. Ned Lamont said 97,000 households in Connecticut will benefit immediately from the increase in benefits.

All households will also receive their normal SNAP benefits on the first three days of each month, as they normally do.

Food stamp benefits are paid by the federal government. But states administer the program and now the stimulus bills give them more flexibility to do so.

Recipients will face redetermination, or whether they continue to qualify for benefits, every six months, instead of three months. And those interviews can now be done by telephone, instead of in person.

Since schools have closed, there’s been another change in the SNAP program – families with children who received subsidized school meals will receive extra money, on top of the boosted benefits, every month.

Connecticut has not implemented that program yet. Dearborn said federal guidance was issued fairly recently, on March 20, and DSS is working with the Department of Education to set up the program.

Lamott Sparks of End Hunger Connecticut! said she welcomes the changes in the program, but worries that many who have lost their jobs and are new registrants who will have to wait too long to get help.“They can’t get benefits for a month, until their income drops,” she said.

Meanwhile, members of Connecticut’s congressional delegation – especially Murphy and Rep. Rosa DeLauro, D-3rd District,  who have unsuccessfully sought an additional boost  of SNAP payments by 15 percent — say they will try to increase benefits again in the next federal stimulus bill.

And Rep. Jahana Hayes, D-5th District, introduced a bill on Friday that would allow grocers to deliver food to SNAP recipients, instead of forcing them to shop in person in a story.

“It is essential that Congress enable states to connect people to nutritious food while they shelter in place to mitigate the spread of the virus,” Hayes said.