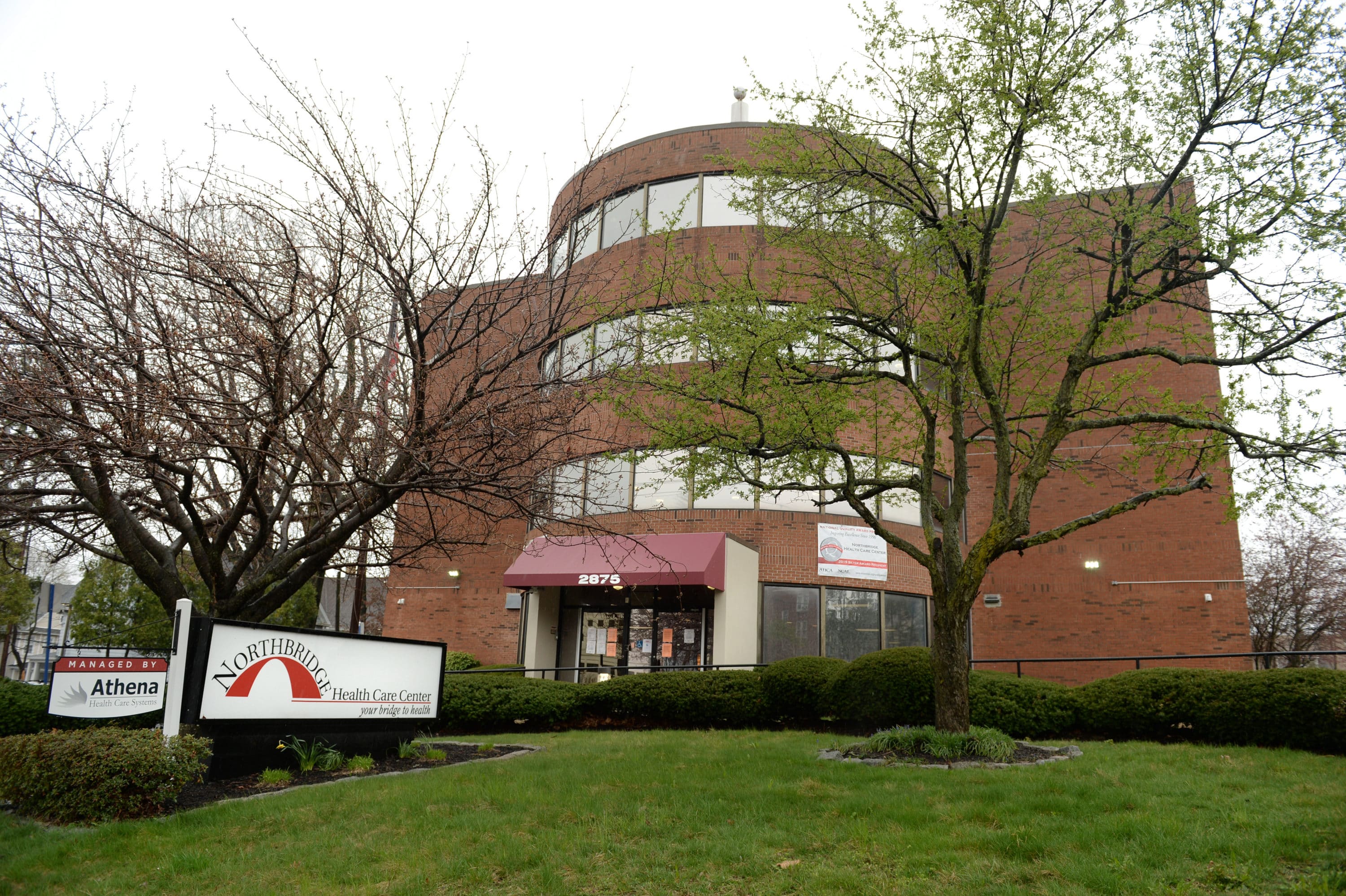 Northbridge Health Care Center in Bridgeport is one of four nursing home facilities in the state that will serve COVID-19 patients who do not require acute care hospitalization.

Amid mounting pressure for transparency, state officials on Thursday released detailed information on the number of COVID-19 cases and deaths in each Connecticut nursing home.

There are 375 reported deaths in nursing homes to date — accounting for nearly 40% of the state’s total deaths.

The number of cases recorded is 1,713 – which represents about 11% of all coronavirus cases here.

Family members with loved ones in nursing facilities have called on Gov. Ned Lamont’s administration to release the numbers. Several people told the CT Mirror earlier this month that with visitations restricted, they were in the dark about what was happening inside the homes. Lawmakers and advocates have also pressed for the data to be published.

The figures released Thursday show 108 facilities – just over half of the state’s nursing homes – with at least one COVID-19-positive resident. The number of cases at many facilities was in the double digits.

The Abbott Terrace Health Center in Waterbury recorded the most confirmed cases among residents, with 69. The Golden Hill Rehab Pavilion in Milford had 67 cases, and the Grimes Center in New Haven had 58.

Other nursing homes with a high number of cases include the Parkway Pavilion Health and Rehabilitation Center in Enfield (45), The Willows in Woodbridge (43), Gardner Heights Health Care Center in Shelton (42), and Apple Shelton Lakes in Shelton (40).

Abbott Terrace and Gardner Heights reported the most coronavirus-related deaths among residents and former residents, with 15 each. Whispering Pines in East Haven reported 14 deaths, Apple Shelton Lakes reported 13, and Bishop-Wicke Health and Rehabilitation in Shelton and Litchfield Woods in Torrington each reported 12.

Timothy Brown, a spokesman for Athena Health Care Systems, which owns Abbott Terrace, said in a statement late Thursday that he was not confident the state’s numbers offered an accurate picture of cases at the nursing home.

“Abbott Terrace has accepted COVID-19 positive residents from area assisted living centers and other nursing homes who were unable to be cared for in those settings,” he said.

Brown said the numbers also appeared to include cases in which test results were pending and deaths of residents who were receiving hospice care prior to contracting COVID-19.

“The data continues to show that COVID-19 is making its way indiscriminately into nursing homes in Connecticut and across the nation,” he said. “This means that nursing home operators and employees who are doing all the right things will have to battle the virus through no fault of their own.”

A full list of cases and deaths per facility is available here.

A nursing home in Sharon has begun accepting COVID-19-positive residents and a second facility – in Bridgeport – will begin welcoming those residents Monday, officials said.

The facilities are part of a plan by nursing home leaders and the state to separate residents felled by the disease from healthy ones.

The state designated four sites for the sick residents. Two are existing nursing homes – the Sharon Health Care Center in Sharon and the Northbridge Health Care Center in Bridgeport – and two are defunct facilities that are being cleaned and reopened. The reopened buildings are in Meriden and Torrington.

Healthy residents have been transferred out of that facility this week and are continuing to be moved out.

“The Covid-19 pandemic has presented incredible and unprecedented challenges to the state. I am glad that Athena Health Care Systems is in a position to answer the state’s call for assistance at this critical time,” Larry Santilli, Athena’s president, said in a statement.

The Torrington facility is staffed, but new employees still must attend an orientation and supervisors are waiting on equipment. It is expected to begin accepting sick residents on Tuesday. There was no timetable for the Meriden building.

Asked Thursday why it took more than month to get the facilities ready, Josh Geballe, Lamont’s chief operating officer, pointed to the complexity of arranging separate nursing homes and said a shift in guidance from the Centers for Disease Control and Prevention also delayed efforts.

“There are a lot of stakeholders involved and this is a very complicated environment … very at-risk patients; getting all the right frameworks in place, the right financial models in place,” he said. “Also … we’re still learning new things. We had to take a change of direction about a week or a week and a half ago, when the CDC updated their guidance to indicate that COVID-19 could be transmitted up to 48 hours before someone starts exhibiting symptoms. That changed the plan significantly in terms of what we can assume and what we should not assume relative to our existing population.”

Earlier this week, nursing home leaders warned in a letter to Lamont and top administration officials that facilities across the state are struggling to care for residents amid the pandemic, saying Lamont’s 10% Medicaid rate hike is inadequate to cover an unprecedented staffing crisis and skyrocketing equipment costs.

While the special buildings have been arranged for sick residents, many other nursing homes will still continue caring for people who tested positive for COVID-19.

Lamont’s Medicaid rate increase translated into an $11.6 million payment to nursing homes by April 7, with projections that by the end of June facilities would have received an extra $35.3 million.

The four facilities dedicated to COVID-19-positive residents are eligible for a $600-per-day payment for each person served, more than double the average daily rate. So far, the financial concerns raised by nursing home leaders have not disrupted plans for those facilities.