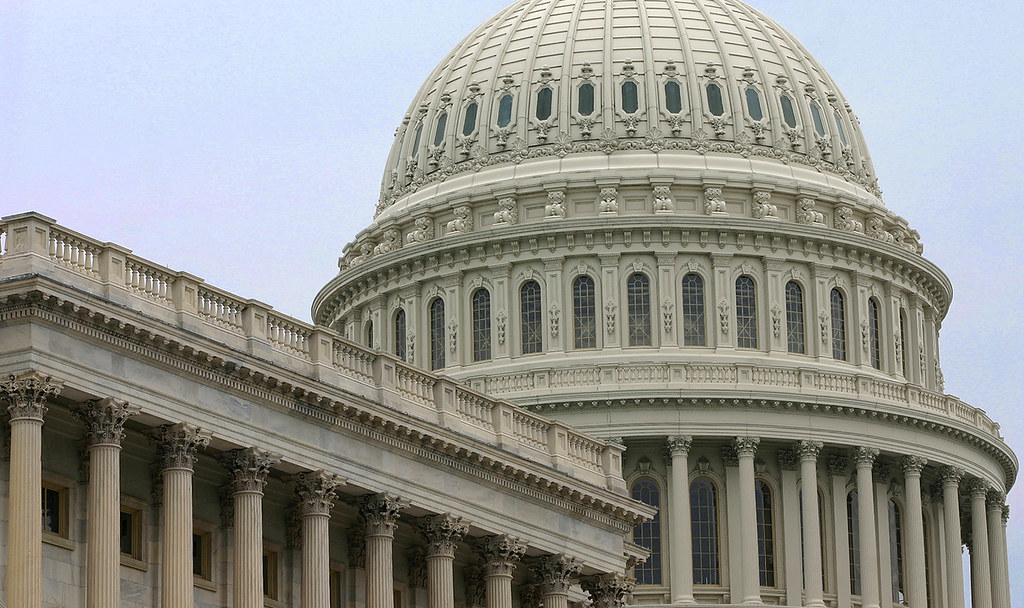 Washington – After two weeks of acrimonious wrangling, the Senate on Tuesday approved a $484 billion coronavirus bill that would increase money for a small business loan program and provide the nation’s hospitals with an additional $75 billion to help them through the pandemic.

The bill,  however, did not contain more money for a new program called the Coronavirus Relief Fund that has distributed billions of dollars to states, most of whom are struggling to pay for the unexpected costs of the pandemic. Democrats, and the nation’s governors, including Ned Lamont, pressed for more money for the relief fund,  but Republicans refused.

Democrats, however, did win on their request for more money for hospitals.

“Some have pushed back on the Democrats’ position. Why not just say yes to the [small business loan] money now and fund hospitals and states later? This is a fair question,” said Rep. Jim Himes, D-4th District, “The answer is that hospitals and health centers are getting absolutely crushed right now, with many at risk of going insolvent, and Democrats believe this may be the only chance to save them.  In other words, there may not be a ‘later.’”

Democrats also prevailed in their request for $25 billion for a new coronavirus testing program.

There was a last-minute fight, however, over design of the program. Democrats wanted a national approach, while Republicans sought more flexibility for states.

“Connecticut is stepping up to increase testing under Governor Lamont’s leadership,” said Sen. Richard Blumenthal. “Without leadership from the administration, there is no national strategy and still abjectly inadequate testing nationwide.”

“…hospitals and health centers are getting absolutely crushed right now.”

A compromise was finally reached. It would require plans from states and local governments on how they would spend testing funds, and also require a strategic federal plan on providing assistance to states for increasing testing and testing capacity.  The bill requires the Trump administration to come up with a testing plan within 30 days.

Rep. Rosa DeLauro, D-3rd District, who chairs a House appropriations panel with jurisdiction over health spending, said she will be “monitoring closely” the development of the testing plan.

Rep. John Larson, D-1st District, said “the interim relief package that I will be voting on this week is much-needed, but it’s only a small step forward.”

“Our small businesses and hospitals will need more help as they continue to combat this pandemic,” Larson added. “Additionally, I am deeply disappointed that funding for state and local governments was left out of this agreement, even though their revenues and budgets have been decimated.”

The nearly half-trillion dollar bill was approved through the unanimous consent of all senators, most of whom, including Blumenthal and Sen. Chris Murphy, were in their home states.

Sen. Rand Paul, R-Ky., who has suffered from COVID-19, said on the Senate floor Tuesday that  he opposed spending more federal money on the pandemic. Congress has already approved about $2.5 trillion fighting the virus.

“Even more alarming than the money is the idea that one senator can stand of the floor and pass legislation spending half a trillion dollars and have no recorded vote and no debate,” Paul said. But he did not block approval of the bill.

“I understand the hardships of senators returning from around the country, so I have not invoked Senate rules to demand a recorded vote,” Paul said.

The U.S. House plans to vote on the package Thursday. But unlike the senators, House members are expected to be required to return to Washington D.C. to cast their votes. They are also expected to try to vote on a rules change that would allow them vote from a remote location for the remainder of the pandemic.

There is urgency to approve the bill because the Paycheck Protection Program, funded with $349 billion in the last stimulus bill, has run out of money.

The PPP is a Small Business Administration loan program that allows companies with fewer than 500 employees to obtain from SBA-approved banks loans that would mostly cover payroll costs. If the firms retain employees and meet other requirements, the loans will be forgiven, paid off by taxpayers.

The ‘‘Paycheck Protection Program and Health Care Enhancement Act’’ would provide an additional $310 billion for the small business loan program.

Following reports that hotel and restaurant chains received loans –  the owner of the Ruth’s Chris Steak Houses chain got $20 million—Democrats managed to include provisions requiring participation by lending institutions serving minority or under-served areas. Those include Community Financial Development Institutions and Minority Depository Institutions that have not been sanctioned by the SBA to offer the small business loans.

The package was negotiated among  Republican and Democratic congressional leaders and Treasury Secretary Steven Mnuchin.

Senate Minority Leader Chuck Schumer, D-N.Y.,  said he had wrested a commitment from the White House that the nation’s governors have been lobbying for – flexibility so states could use $150 billion allocated in the earlier $2.2 trillion CARES Act to offset some of the lost revenue in their budgets. That money was initially limited to paying  for the direct costs of the coronavirus, such as purchasing tests and supplies and establishing temporary hospitals. Connecticut’s allocation is about $1.4 billion.

Yet another spending bill

The ‘‘Paycheck Protection Program and Health Care Enhancement Act’ is only a stopgap measure.

As soon as it finishes this bill, Congress intends to begin negotiations on another coronavirus package, which Democrats hope will include more money for cities and states, and for social programs like food stamps, officially known as the Supplemental Nutrition Assistance Program.

“Congress needs to fund additional relief for our states and local governments who are carrying the financial burden of fighting COVID-19, implement a national plan to coordinate food distribution and increase funding for SNAP to ensure people do not go hungry, expand paid sick days and paid leave and other worker protections,” DeLauro said.

The nation’s governors, including Lamont, say they hope the next stimulus package contains $500 billion for state and local governments.