‘Would this population of caregivers be treated differently if they were white, and male, and wealthy?’ 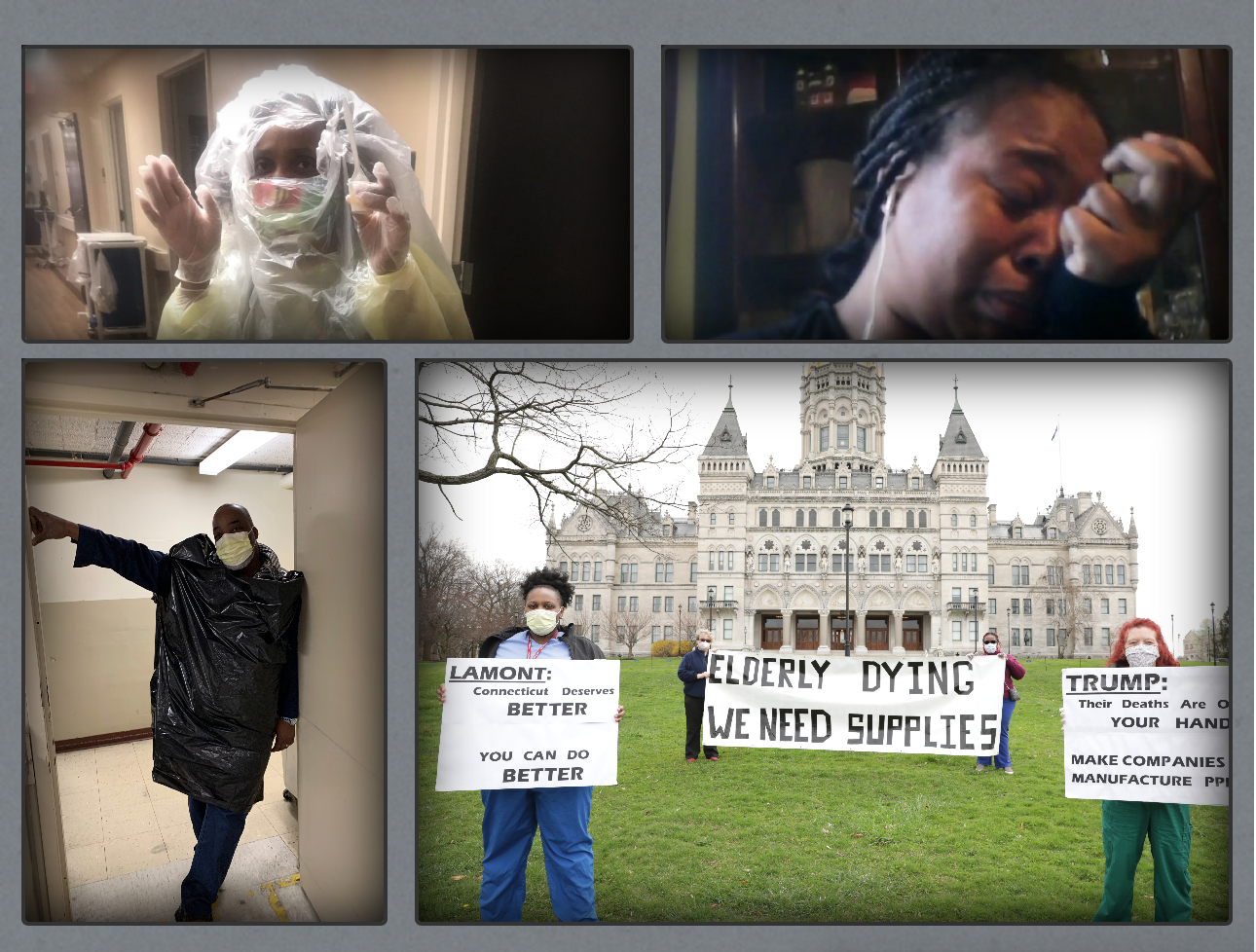 Bottom right, nursing home workers visit the state Capitol to call for a better federal and state response to the COVID outbreak in nursing homes. SEIU Healthcare 1199 workers spoke with reporters Friday about the hazards — and fear –they experience on the job now.

The federal and state response to COVID-19 in nursing homes is riddled with economic — and racial — inequities that are taking a greater toll in deaths and illnesses than government officials have disclosed, Connecticut’s largest healthcare workers’s union charged Friday.

“Poor people, black people, Latino people, are denied the same level of care, the same resources, the same levels of support that all of us deserve in a society.” said SEIU Healthcare 1199 President Rob Baril.

Baril charged the nursing home inspections Gov. Ned Lamont touts are a sham and that state health officials are looking the other way as facilities hoard protective gear to save money.

And that is just the tip of the iceberg. The union also charged that:

Outbreak in nursing homes is worse than CT officials have reported

But the union said its own internal tallies show 399 deaths from COVID-19 through Thursday — just at the 69 nursing homes that employ union members. Connecticut has 213 nursing homes in total.

“The epicenter truly is in our nursing homes,” Baril said, adding the situation is “absolutely cratering. It’s collapsing.”

Three union members, and the mother of one worker, have died from the infection, Baril said.

And more than 1,000 union members – one-seventh of the entire unionized workforce in nursing homes –  either have tested positive for COVID-19 or have been quarantined for showing symptoms, he said.

The union leader called for the state to cover all coronavirus-related treatment costs for all nursing home workers, the majority of whom are minority women. According to SEIU 1199 spokesman Pedro Zayas, 80% of union members in nursing homes are African-American or Latino, and 80% are female. 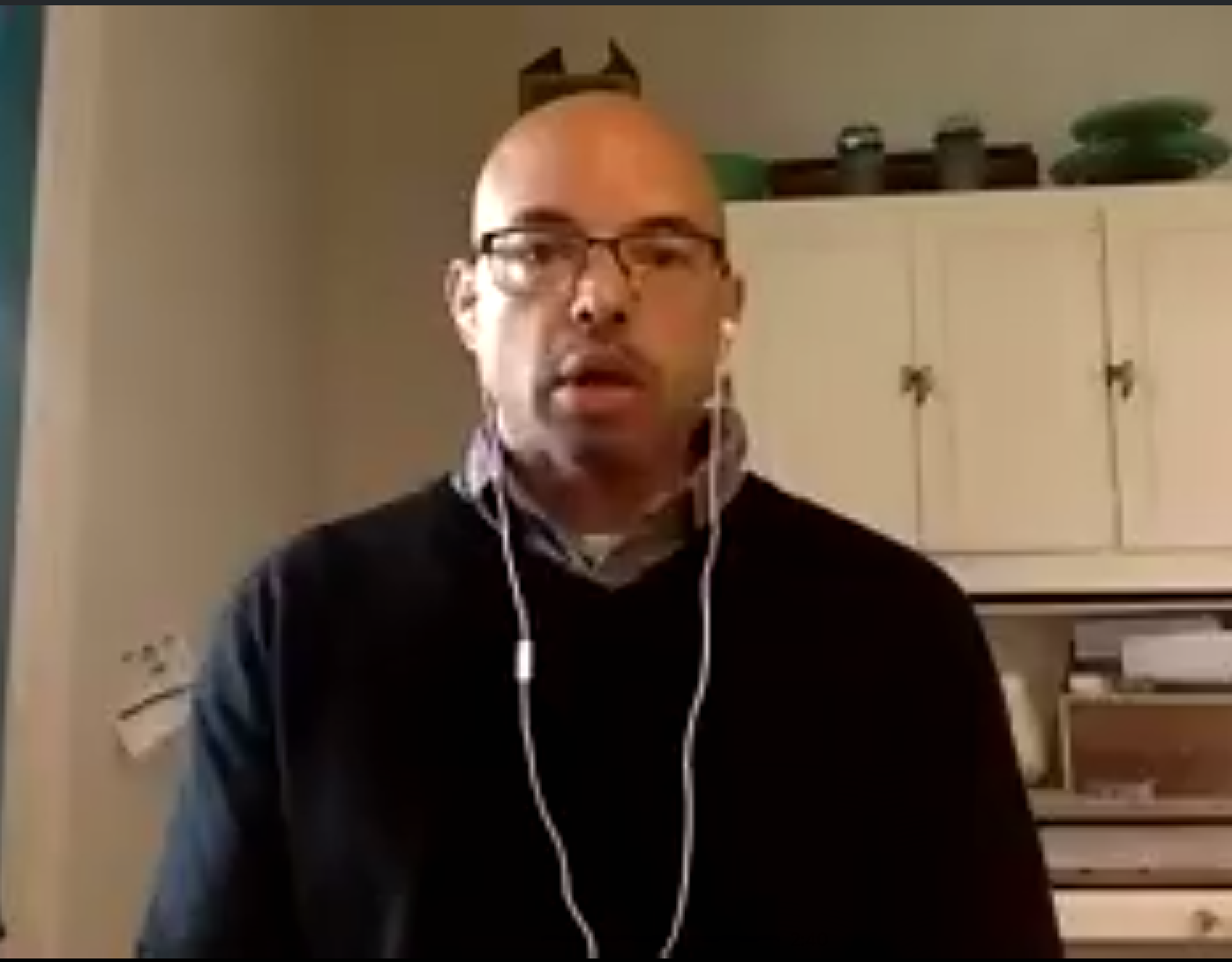 “Do we see their suffering? Do we hear them when they voice their concerns about their risk and talk about what they are going through? Would this population of caregivers be treated differently if they were white, and male, and wealthy. I think the answer is pretty obvious,” Baril asked during a mid-morning teleconference with reporters.

Union: Nursing homes are hoarding protective gear to save money

Yvonne Robinson, a certified nurse’s aide at RegalCare in Southport, said she has been told by management that gear is not available, only to discover it stored away.

“They don’t want to give it to us. They’re hiding them,” she said. “I wish you could have called the police on them. That’s how I felt. … They don’t care.”

Why don’t they care? Baril said homes are more concerned with saving dollars than saving lives.

McKnight’s, an online news site specializing in long-term care issues, published an analysis earlier this month of personal protection equipment cost increases amidst the pandemic. Mark-ups included: 215% for hand sanitizer; 267% for latex gloves; 1,513% for N95 masks; and 2,000% for disposable gowns.

Zina Bennett, a certified nurse’s aide at St. Joseph’s Center in Trumbull, said she still has trouble securing a protective gown at work.

Bennett, who recently took her son to the hospital following complaints of headaches and chest pains, choked up as she recalled his fear. Her son, who also has asthma, was tested for COVID-19 yesterday and Bennett said that, even though she hasn’t tested positive, she fears she has brought the virus home from work. 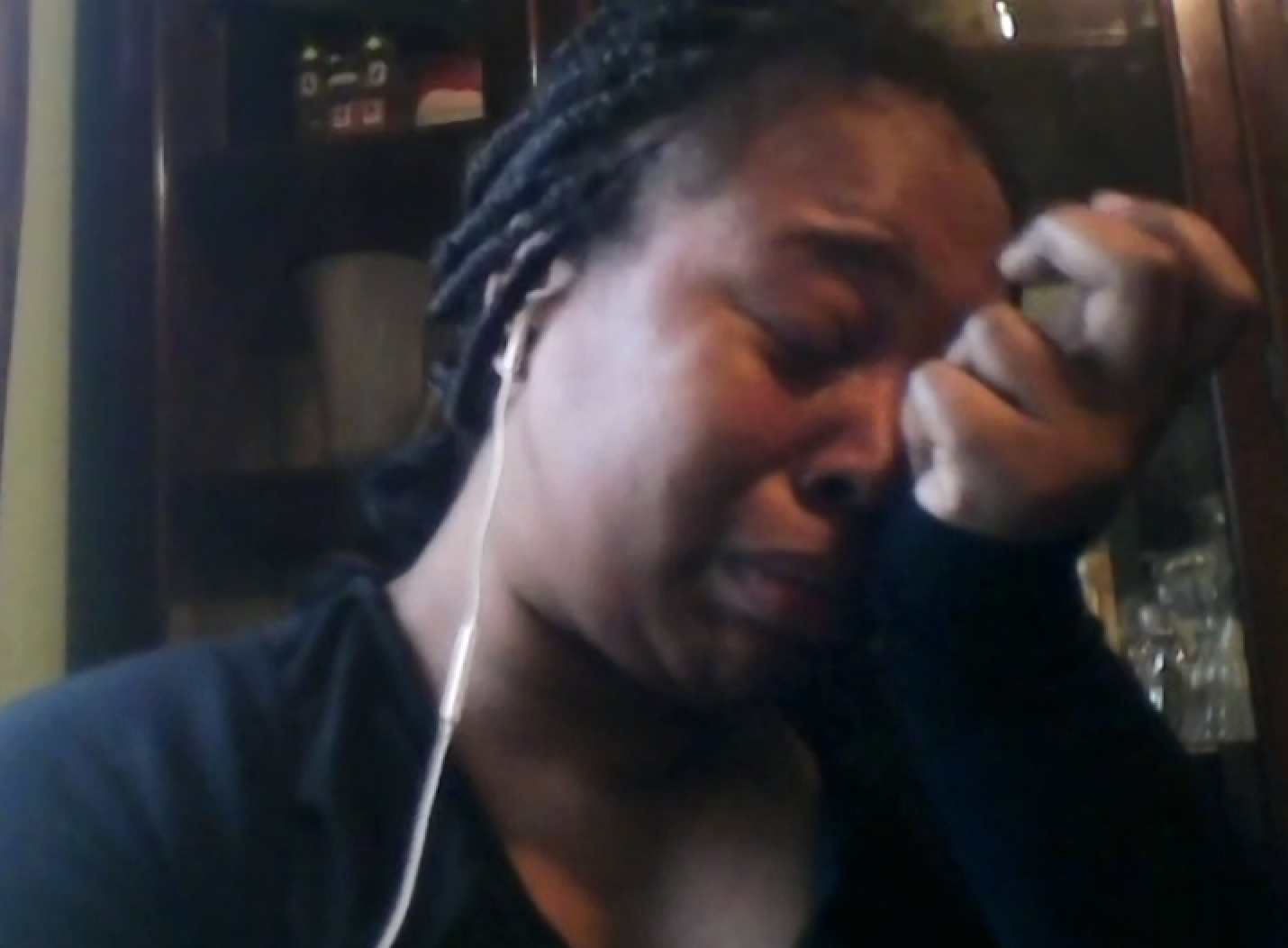 “When you watch your 12-year-old ask the emergency room doctor how many kids die from it” — Bennett said, before interrupting to compose herself. “This is the biggest thing we all fear, bringing it home to our family members.”

Nicole Jefferson, a nursing aide at Apple Rehab in Rocky Hill, said “we don’t even feel safe to take breaks or use the restroom” because the protective gown workers are given must last the whole shift.

But the head of the state’s largest association of nursing homes said facilities are not hoarding personal protective equipment, commonly referred to as PPE. 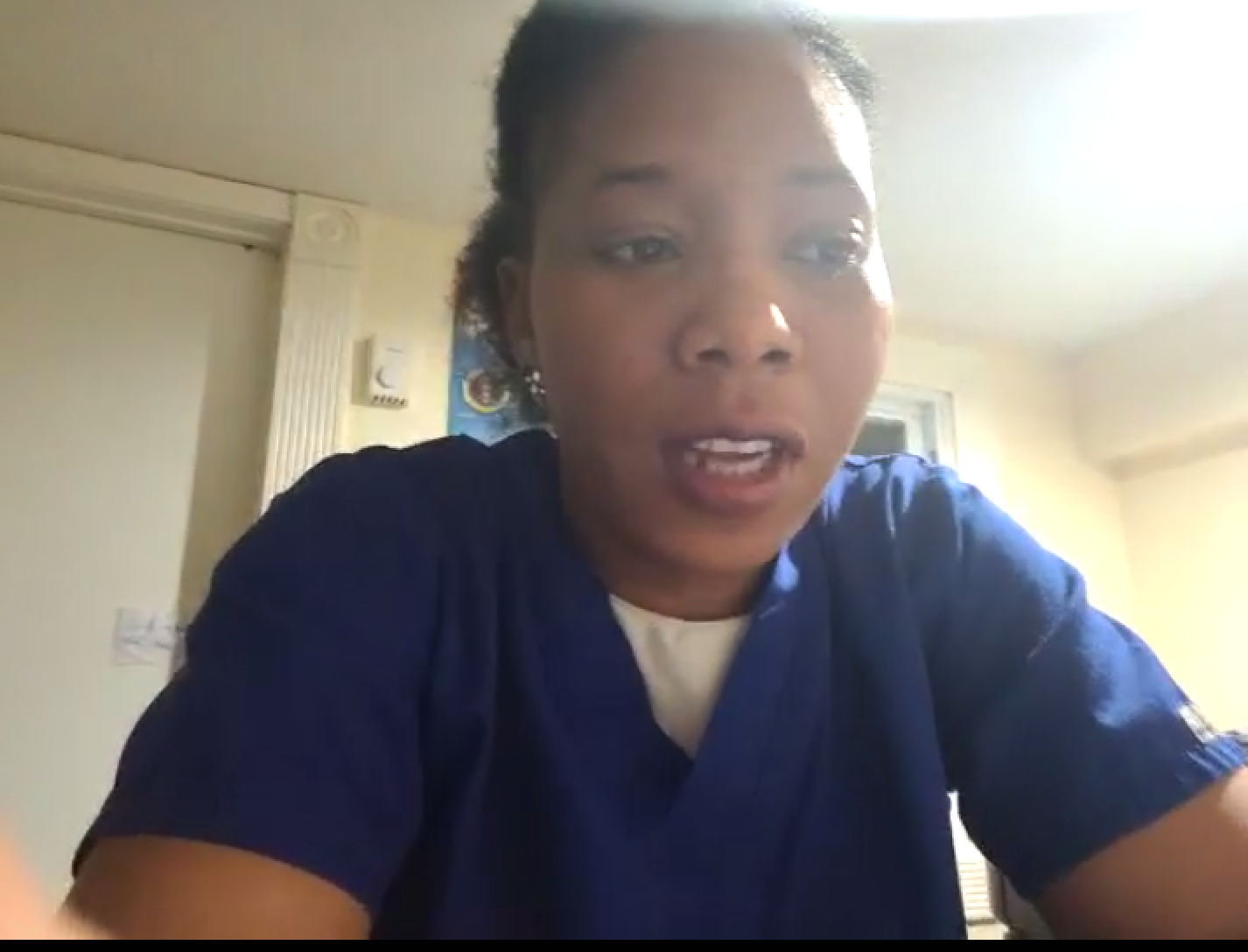 The state Department of Public Health has conducted more than 130 visits to Connecticut nursing homes to assess protective gear levels, how it is being used, and other needs of facilities.

“If DPH is not citing nursing facilities, that would be evidence that nursing homes are in compliance with the use of PPE,” said Matthew Barrett, president and CEO of the Connecticut Association of Health Care Facilities. In fact, state health officials are urging homes to conserve equipment because of limited supplies, he added.

Lamont said Friday he expects the shortage of protective gear to be mitigated possibly as early as next week when a large shipment from the Federal Emergency Management Agency is due.

The union has filed grievances and instituted other jobs actions at more than 40 facilities and yet “our members have had to fight tooth-and-nail” to get PPE, he said.

And these “site inspections” that Lamont and his top aides frequently tout sometimes are happening by phone, and not in person, Baril said. The state’s oversight program relies on self-reporting by nursing home officials.

“We’ve been going out and doing physical inspections of these nursing homes,” Lamont said Friday afternoon.

But state officials confirmed some of these inspections are happening remotely. Barbara Cass, head of facility licensing and investigations for the Department of Public Health, said the agency has confidence that it is able to get accurate information. Cass said agency staff is making it to each home every 7 to 10 days, and responding to complaints.

Josh Geballe, the governor’s chief operations officer, said Friday that 130 inspections have been conducted in person and “several dozen” were performed using Face Time video on a smart phone.

“We are calling, going on site, and if the situation is emergent enough, we are asking them to Face Time where their stock of PPE is, what the access is for staff members. So, we are verifying, following up on all of those complaints and issues,” Cass said.

She added the department has identified “some situations” that would lead to either a fine or some other corrective action, but she declined to characterize them or discuss how many.

Baril said much of the blame for the unfair treatment of nursing home residents and staff rests at the highest level of government with the Trump administration.

The Families First Coronavirus Response Act’s boosted the federal government’s Medicaid match to states by 6.2%, giving Connecticut an estimated $450 million to bolster the work of caregivers during the pandemic. 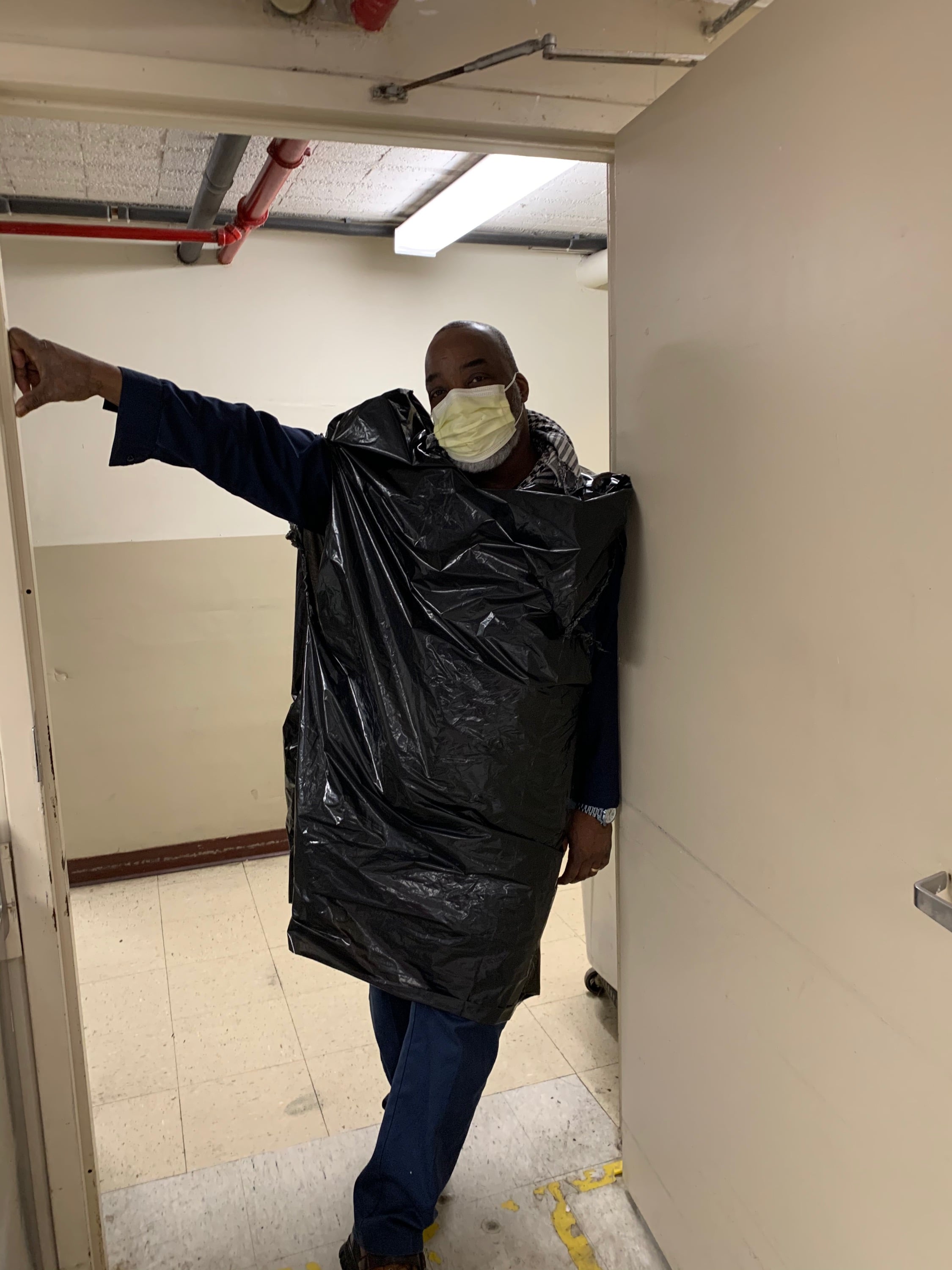 “The suffering and the risk and — let’s be real, the death — that is taking place is invisible to the president of the United States,” he said.

But the Lamont administration is not blameless either, the union leader said.

The state increased Medicaid rates to Connecticut homes by 15% for the final quarter of the fiscal year, which covers April, May and June.

Industry officials have said they appreciate the bump but need considerably more financial assistance. Baril said more money is needed to get nursing homes and their employees through this crisis — money that is sitting in Connecticut’s coffers.

The state has a record-setting $2.5 billion in its rainy day fund, an amount that exceeds 13% of annual operating costs. And even though Connecticut expects to end this fiscal year on June 30 about $530 million in the red, another savings program should mitigate reductions to the reserve.

Officials estimate Connecticut still will hold $2.3 billion in its rainy day fund to use in the 2020-21 fiscal year, a larger cushion in terms of percentage than reserves of most other states.

“We need to spend money out of the rainy day fund,” he said. “Now is not the time to talk about dollar signs.”