COVID-19 fatalities hit 3,000 mark as Connecticut gets ready to reopen

Gov. Ned Lamont reported that the number of hospitalized patients is down.

As Connecticut continues to focus on reopening its economy, this state’s coronavirus death toll reached a grim milestone Monday. State officials reported that 3,008 people here have now succumbed to this deadly disease.

The number of patients now in Connecticut hospitals with COVID-19 dropped by 30, according to the latest reports, bringing the total down to 1,212. Testing for the disease was down Monday, with only 2,316 new tests reported compared to the previous day’s 6,623.

Lamont and medical experts say expanded testing for coronavirus will be critical to a safe reopening of the economy, the start of which is currently scheduled for May 20. Josh Geballe, the governor’s chief administrative officer, said the state is “well on track” to reach the goal of carrying out 42,000 tests a day by mid-June.

“May 20 is still on our horizon,” Lamont said Monday. “By and large, we’re staying true to what we’ve got to do,” the governor said of Connecticut’s efforts on social distancing to curb the spread of the virus.

Lamont was asked about comments he made in March about how Connecticut was ready to deal with the virus given that this state has now seen more than 3,000 people die of COVID-19.

“Shame on us for under-estimating, perhaps, what could happen,” Lamont said. “Could we have done anything sooner? I think so.”

The governor also revealed Monday that there are now three children being treated at Yale New Haven Hospital for a mysterious and potentially deadly inflammatory syndrome linked to coronavirus. Three children in New York have died of this apparently new illness, which has symptoms similar to toxic shock syndrome and Kawasaki disease. As recently as Sunday, state health officials said they were unaware of any similar cases in Connecticut.

Lamont said his medical advisors say little is yet known about this illness. “Right now there is a very very tiny risk of infections,” Lamont said, adding his administration is monitoring that aspect of the pandemic and that “It’s something we’re very concerned about.”

“Unfortunately, this disease carries features of toxic shock syndrome and elements of Kawasaki Disease and strikes school-aged children. While these cases are exceptionally rare, given our proximity to New York where there have been a significant number reported, we have been watching their experience closely,” said Clifford Bogue, physician-in-chief of Yale New Haven Childrens Hospital. “We are working diligently with local and state health officials to address this issue and strongly recommend that children who may be suffering from symptoms seek early referrals to pediatric infectious disease specialists, rheumatologists or cardiologists.”

Symptoms of what is now being called “Pediatric Multi-System Inflammatory Syndrome” include a persistent fever, rash as well as gastrointestinal symptoms such as vomiting and diarrhea, according to Yale New Haven experts. They said patients can also suffer from cardiac inflammation, and urged parents of any children suffering such symptoms to contact their doctors immediately.

“I think they are doing okay,” Lamont said of the three children now in Yale New Haven Hospital with that illness. He said he had no further information on their condition. 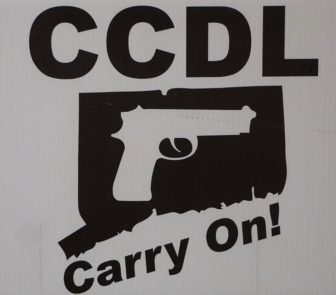 The lawsuit by the Connecticut Citizens Defense League argues that the governor’s order “effectively shut down the issuance of all firearm permits in Connecticut” and thus violates the constitutional right to bear arms.

Lamont shrugged off those claims, saying the “overwhelming majority” Connecticut gun owners already have their fingerprints on file. “Right now, we’re in the middle of a pandemic and we’re going to have to be a little careful for the near term,” the governor said.

“Our state constitution and state laws grant the Governor broad authority to protect Connecticut residents and families in a public health emergency,” Tong said in an email.

In a statement issued Monday, CCDL officials charged that law enforcement agencies across the state are refusing to process firearms applications “even while fingerprinting and application processing continues for other programs.”

“While the CCDL understands these are times of unprecedented challenges, many Connecticut residents are being denied their constitutional rights just when they feel the exercise of those rights is most needed,” Holly Sullivan, the group’s president, said in a statement issued Monday.

“We respect the Governor’s goal of mitigating the COVID-19 virus,” Sullivan said. “However, stripping citizens of their rights does not further that laudable goal.”

Lamont is also the target of a voting rights complaint to the U.S. Department of Justice by a Bethel town official unhappy with the governor’s executive order on the way local budgets are adopted during the pandemic.

Cynthia Jean McCorkindale, a member of the Bethel Board of Finance, charged that Lamont’s executive orders aimed at giving cities and towns more flexibility in adopting budgets during the COVID-19 crisis “usurp the right to vote from the taxpayers of Bethel.”

McCorkindale’s complaint argues that Lamont’s executive orders allows local boards of selectmen to effectively transfer budget-making authority to local boards of finance rather than use town meetings or referendums.

Lamont said in issuing the order he was attempting to give local officials “procedural relief” during this crisis.

“This decree by the Governor cedes so much power to the fiscal authority, devoid of any legislative action, that my participation in this process has created a conflict inside my own mind as to whether I should participate at all,” McCorkindale said in her complaint. 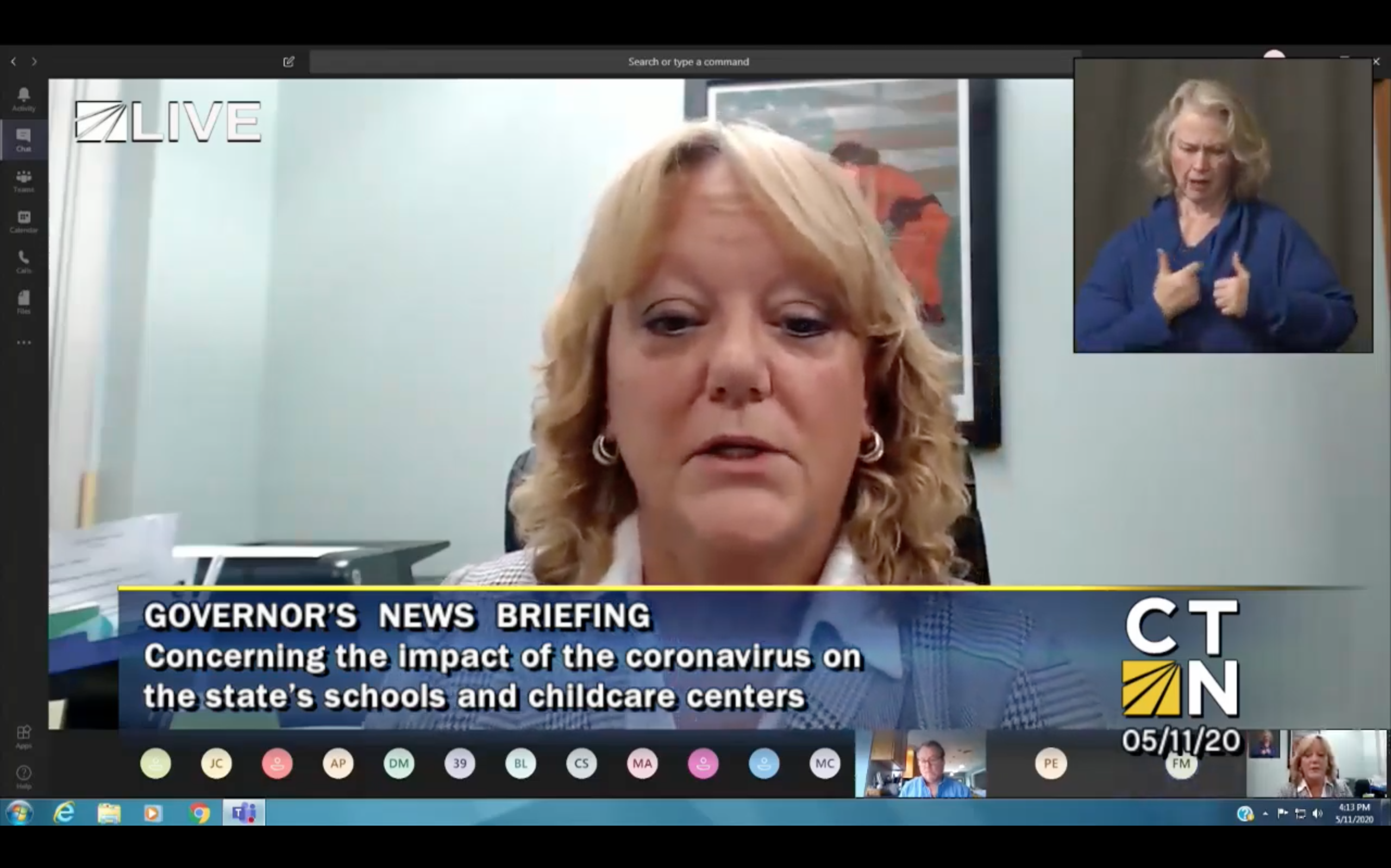 Jan Hochadel, president of the state chapter of the American Federation of Teachers, during the governor\’s daily press briefing

Jan Hochadel, the president of the state chapter of the American Federation of Teachers, said teachers overwhelming report that remote learning is not effective. She made the remark during a forum hosted by the governor’s panel that is crafting a plan to reopen schools safely.

“We had a survey, and our teachers said that distance learning is not effective in the long term,” Hochadel said. “Seventy-five percent of our teachers say that workload is increasing and they’re doing their best, but that students face too many obstacles, like parents that aren’t able to assist them, and they can’t keep up for various reasons. They don’t have the skills or the knowledge to utilize the online technology. Our educators are telling us that even though our students are accepting the situation, they’re stressed, they’re frustrated, and they’re very confused,” she said.

Figuring out how to engage children struggling with remote learning is critical since there is a real chance that schools will need to close again if a second COVID-10 wave hits the state.

“It is quite likely that we will see a second wave of this pandemic as well in the fall. And so our plans need to be flexible enough to be able to turn rapidly and adjust,” said Matthew Cartter, the state epidemiologist. “We need to be able to  plan for reopening, but at the same time also plan for the return of COVID-19 in a second wave perhaps in the fall. And both of those things have to happen at the same time.”