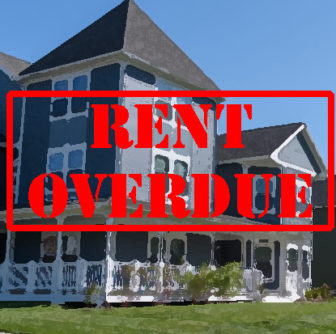 Washington –  The Federal Reserve projects that nearly 100,000 Connecticut homeowners and more than 170,000 renters are at risk of missing at least one payment mortgage or rent payment, raising a specter of pandemic-led homelessness, especially when federal unemployment benefits end.

Jeffrey Thompson, an economist and director of the New England Public Policy Center at the Federal Reserve Bank of Boston, said 11% percent of Connecticut homeowners and 36% of the state’s renters are vulnerable to missing at least one payment.

The Boston office of the Federal Reserve has determined that historic unemployment and higher-than-average housing costs means the pandemic has struck a severe blow to Connecticut and its sister New England states.

To estimate the impact pandemic-related job losses could have on Connecticut households, the Fed identified occupations that are at high risk for layoff or furlough under public shutdown orders.

Jobs that were determined to be nonessential, cannot be done at home, and are paid hourly were defined as at high risk for unemployment.

Using U.S. Census Bureau data, the Fed determined 34 percent of homeowners and 36 percent of renters in Connecticut are employed at a job that is at high risk for layoff.

The Fed also determined that renters were more vulnerable because their households are more likely have all wage earners employed in high-risk jobs.

Thompson said the percentage of Connecticut renters vulnerable to missing a payment is the highest of the six New England states — and higher than the collective average.  The 10.9 percent of homeowners likely to miss a mortgage payment is the New England average. 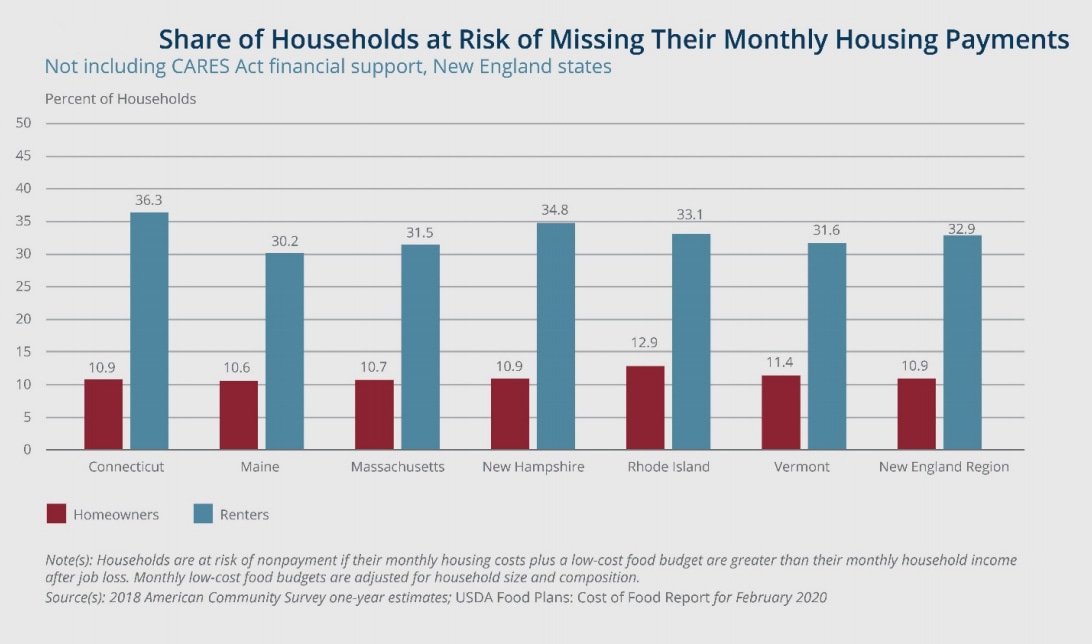 “We know everybody isn’t going to lose their job,” Thompson said. Still, the pandemic has caused the state’s unemployment rate to soar, and its jobless rate continues to grow.

Using U.S. Census Bureau and economic data, the Boston Fed said, in a “worst case” scenario —  that is if federal pandemic help is unavailable —  98,603 Connecticut homeowners and 170,594 renters in the state will be behind in their mortgage payments or rent.

Connecticut has taken a few steps to help homeowners and renters.  But that state help is limited, the Boston Fed said, and not likely to help many.

“While current state- and local-level policies help prevent immediate evictions and foreclosures, and in some cases they help pay housing costs, they do not cover the value of missed housing payments that likely would accrue,” the report said.

In March, the Lamont administration has asked about 50 Connecticut banks to voluntarily delay foreclosure actions for 60 days. But Erin Kemple, executive director of the Connecticut Fair Housing Center, said at least 18 banks aren’t complying. She said her organization has tracked court foreclosure filing daily and that more than 360 had been filed since March 31.

The state also plans to spend about $2.8 million to help distressed renters. Kemple said that amount of money, part of the funding awarded the state for housing under the federal CARES Act, is “completely inadequate.”

She said the city of Boston, which has a population that’s one-third of that of Connecticut, plans to spend $5 million to help tenants.

Kemple said her center’s main mission was to help those who are victims of housing discrimination. But after the pandemic hit, the center began accepting calls from all tenants with housing problems.

“We have had triple the number of calls than we had a year ago, and all of those calls were from people having trouble paying their rent,” Kemple said.

The Boston Fed report said the federal stimulus packages has provided some help.

It says the $1,200 stimulus check sent to most Americans, the $600-a-week in federal unemployment benefits and federal mortgage payment forbearance programs have helped stave off foreclosures and homelessness in Connecticut and other New England states.

But Kemple said the Boston Fed’s “worst case” scenario is the most realistic one.

“The money that the feds are sending to Connecticut is not adequate to pay the rent as well as pay all the other expenses of a household,” including food and utilities, Kemple said. “People in Connecticut are paying more than 50 percent of their income in rent.”

Another problem is that the expanded federal unemployment benefits, unless extended by Congress, are set to end at the end of July.

The federal government has offered homeowners with federally backed mortgages 180 days of mortgage forbearance, with an option to borrowers who can prove COVID-19 related financial hardship to extend that forbearance for another 180 days. But unless that homeowner can refinance or make some other arrangement with his or her lender, those missed mortgage payments must be made within the next 365 days.

“All these payments that aren’t being made will have to be reconciled,” Thompson said. And that may be difficult, he said, if the economy doesn’t have a quick rebound.

“I’m less concerned about the here-and-now policy response,” Thompson said. “But if the economy continues to respond poorly after the summer, then the country will need more (federal) policy actions.”

The U.S. House has approved a massive stimulus bill, called the HEROES Act, that would provide more help to homeowners and renters, as well as providing Americans with another $1,200 stimulus payment and extending federal unemployment benefits until Jan. 31, 2021.

But congressional Republicans, and President Donald Trump, said Congress should wait to act on another massive stimulus package until the full impact of previous rescue bills could be assessed.

In December, before the pandemic ravaged the nation’s economy,  Lamont hailed an independent report that showed Connecticut’s single-family home sales prices had reached their highest level in 12 years, considered an indicator of a strengthening housing market and positive economic activity.

“It’s  encouraging to see home prices continue to rise and recover their value, reaching new levels not seen since the start of the Great Recession,” Lamont said of the report by the Warren Group, a company that collects and compiles data on real estate sales and ownership throughout New England. “This is a vote of confidence in Connecticut and its economic future.” 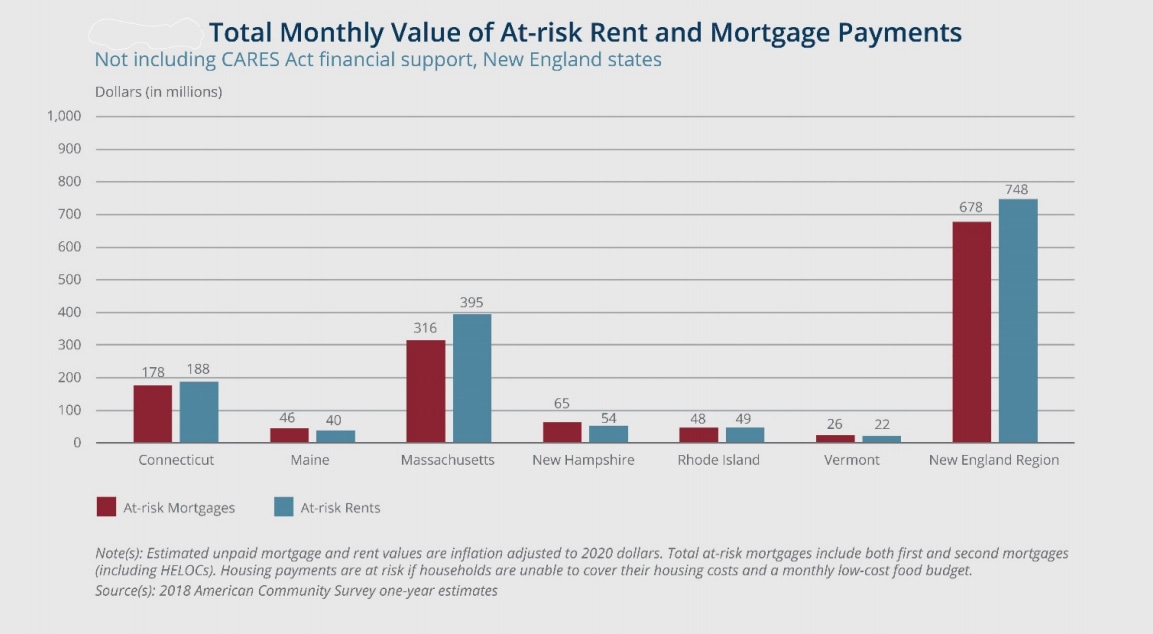 Theaters can reopen on a limited basis, and restaurants and wedding venues can increase capacity.