Public-private education partnership dissolved despite objections from its embattled CEO 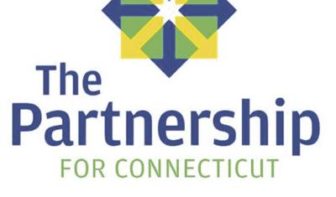 Partnership for Connecticut CEO Mary Anne Schmitt-Carey, whose friction with the Dalios contributed to the breakdown, pleaded with state and philanthropic leaders not to abandon the program designed to assist some of the state’s neediest students.

The board’s 12-1 vote closed the book on a venture marked from its launch one year ago by its controversial exemption from state disclosure and ethics rules.

“I’m just astounded that this would happen,” Schmitt-Carey, who cast the lone vote against dissolution, said during a video-conference meeting that lasted about 15 minutes. “I poured my heart and soul into this work. I was so proud. … The needs are tremendous and they’ve become much more complicated given the conditions that we’re living in.”

Schmitt-Carey, who was hired in March, also chastised the 13-member partnership board — which includes Gov. Ned Lamont, four legislative leaders, and Dalio’s wife, Barbara — for not asking her about the May 4 phone call during which Mrs. Dalio asked her to resign.

“I’m shocked that no one wants to take a minute to understand the injustice that’s happened to me, the attacks,” Schmitt-Carey said. “Everybody’s just packing up the tents and trying to do it as fast as possible? There’s no discussion?”

Board Chairman Erik Clemons, who earlier insisted that members discuss dissolution “and nothing else,” responded to Schmitt-Carey that “these resolutions to dissolve the partnership have nothing to do with you, nothing to do with a personnel matter.” 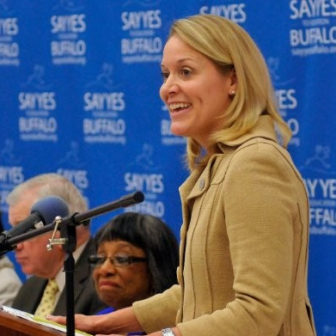 At the same meeting, though, the partnership board voted to indemnify all of its members against any legal liability.

And when Lamont announced on May 19 that the Dalios wanted to end the partnership, he said published details about a confidential personnel matter contributed to that decision.

In a May 12 email sent to partnership board members, Schmitt-Carey accused Barbara Dalio and one of her aides, Andrew Ferguson, of ambushing her during a May 4 phone call with “false and defamatory allegations.”

The CEO also charged Barbara Dalio and Ferguson urged her to resign after just six weeks on the job. Lamont and legislative leaders wouldn’t even learn of this confrontation for several more days.

A former CEO of Say Yes to Education, another nonprofit focused on improving inner city education, Schmitt-Carey, who lives in Greenwich has been on paid administrative leave since May 7.

Her contract includes a “non-disparagement” clause that stipulates she “will not at any time make, publish, or communicate to any person or entity or in any public forum any defamatory or disparaging remarks, comments, or statements concerning the Partnership, or any of its employees, officers, and associated third parties.”

The contract also allows for up to six months’ severance pay — half of her $247,500 annual salary — if Schmitt-Carey is terminated.

Neither Lamont, Barbara Dalio, the four legislative leaders on the board, nor other appointees of the state or the Dalios, commented on the Schmitt-Carey matter.

The Dalios, who originally pledged to invest $100 million in public schools and asked the state to match that, have said they still will contribute the planned amount.

“We will continue the work and I hope we can all work in different ways, because I know everybody cares,” Barbara Dalio said. “Connecticut is a great state. We are committed to Connecticut.”

Barbara Dalio makes a point at second meeting of the Partnership for Connecticut last winter.. At left, is Gov. Ned Lamont, a member of the private public partnership board, and Erik Clemons who is chairman of the board.

“I thank you from the bottom of my heart for what you and the Dalio Foundation have done,” Lamont said.  “You’ve got a friend here. … Don’t give up on these kids.”

Like Lamont, legislative leaders also generally avoided the Schmitt-Carey matter, though Senate Minority Leader Len Fasano, R-North Haven, praised the CEO for her passion and the Dalios for their vision to improve education.

“This was something new in the state of Connecticut and I think anything new sometimes meets with significant skepticism,” he added.

“I’ve always admired the creative thinking  of this partnership in regards to education funding,” said House Minority Leader Themis Klarides, R-Derby, who consistently opposed the partnership’s exemption from disclosure and ethics rules. “But unfortunately there were problems with it from the beginning that we tried in earnest to fix. I didn’t work in the end.”

The two Democratic legislative leaders on the board, House Speaker Joe Aresimowicz and Senate President Pro Tem Martin M. Looney, both said the dissolution was necessary.

“It is unfortunate that the partnership didn’t work out for the longer duration,” Looney said, adding the initiative did have one important achievement: sending 60,000 laptops to needy students this spring to assist with remote learning.

“I think everyone came into this with great intentions,” Aresimowicz said. “I just didn’t work. It may have been [flawed] from the very beginning … This has been heart-breaking for all of us.”