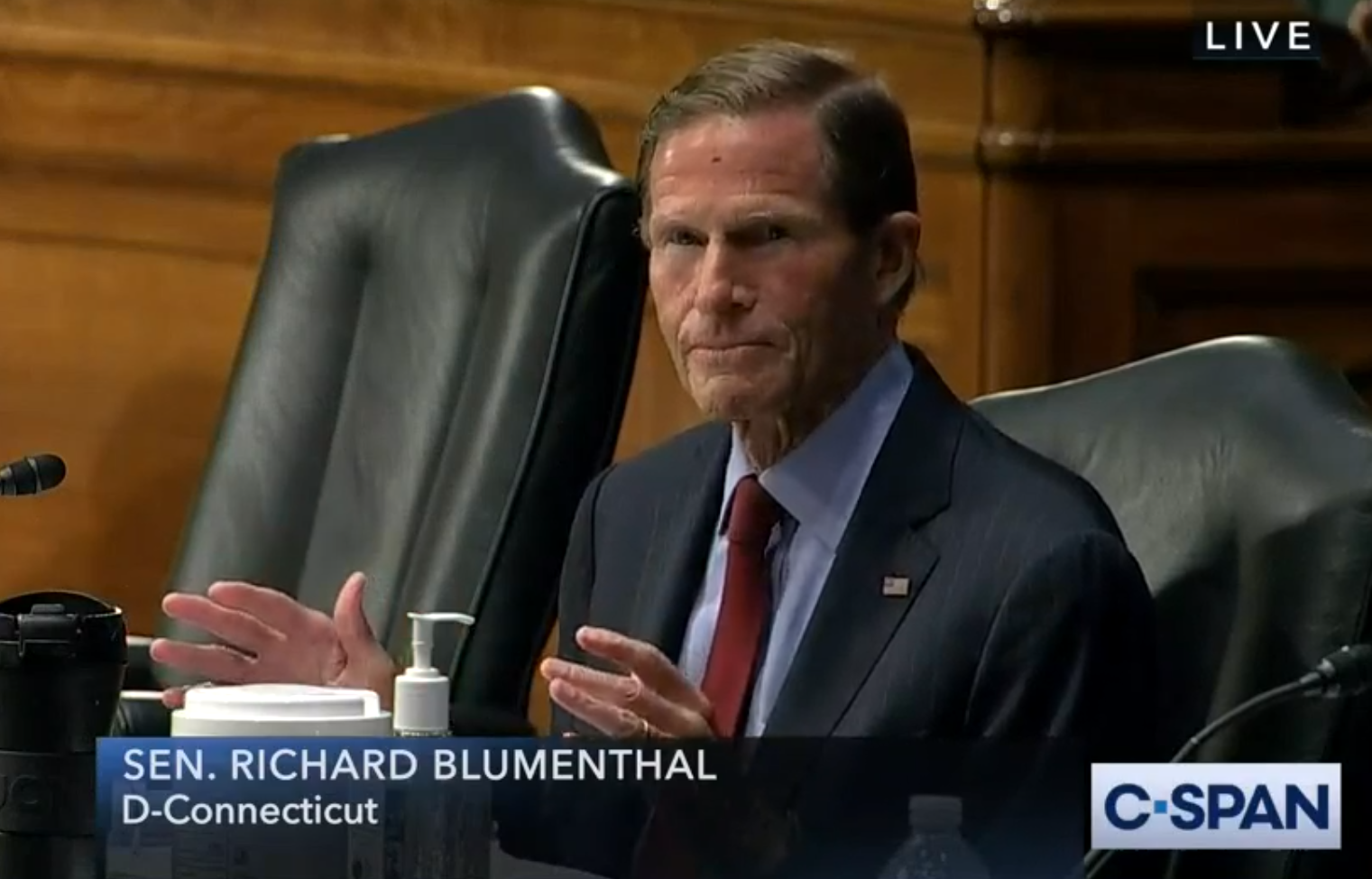 Washington – The Senate Judiciary Committee on Tuesday debated police reforms in the hopes of moving toward approval of a historic federal policing bill, but partisan differences may stand in the way.

Sen. Richard Blumenthal, D-Conn., a member of the panel, pressed a witness on one possible sticking point in the Justice in Policing Act of 2020, a wide-raging bill congressional Democrats have drafted in response to the choking death of George Floyd by a white Minneapolis police officer and the protests that followed.

Blumenthal asked Vanita Gupta, president of the Leadership Conference on Civil & Human Rights, about a provision that would make it easier for the Justice Department to prosecute police officers who wrongly harm or kill someone, as well as those who are charged with other forms of misconduct.

Currently, prosecutors must prove the action was “willful.” The bill would change the word “willful” to the phrase “knowingly or with reckless disregard.”

“It has meant that in far too many cases, the Justice Department has not been able to prosecute,” Blumenthal said of the current standard.

Gupta said that Derek Chauvin, the police officer who choked Floyd with his knee, was confident he would not be prosecuted for his actions under that standard.

“He in no way in the world imagined he would be held accountable,” Gupta said. But she also said “criminal accountability is not a substitute for systemic reforms.”

Like Blumenthal, most congressional Democrats have embraced the Justice in Policing Act,  which would ban “choke holds” like the one that claimed Floyd’s life, and “no knock” warrants that allow police to storm into homes, including the one of Breonna Taylor, a 26-year-old Louisville, Ky. emergency room technician who was killed in a “no knock” raid.

The bill would also set up a national police registry to identify police officers found guilty of wrongdoing. 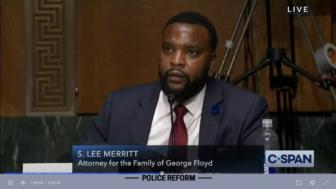 But the most controversial provision in the bill would curb the legal doctrine of “qualified immunity,” which keeps police officers safe from civil lawsuits. Republicans say eliminating this protection goes too far.

They argue whether it is reasonable to ask police to enforce the law without protection from “frivolous” lawsuits and are looking for reforms that focus instead on rewarding — with federal money — municipal police departments that invest in better training of their officers.

Witnesses at Tuesday’s hearing, including Lee Merritt, an attorney for the Floyd family, said they support many of the Democratic reforms, proposed to counter activists who want to “defund” police departments, shifting a part of a police department’s budget to mental health care and other social programs.

“George Floyd’s death has impacted the world. And now it is on us to change it,” Gupta said.

Blumenthal told the Mirror he is confident differences between Democrats and Republicans can be resolved, and Congress will approve a comprehensive bill. “I have a lot of hope because the dynamic is so strong,” he said.

He said that, in the “10 to 12” protests he attended in Connecticut, “the passion and urgency was so deep and inspiring.”

“We are at a transformative moment in history,” Blumenthal said.

However, Sen. Cory Booker, D-N.J., a Senate sponsor of the Justice in Policing Act, said he worries that enthusiasm for police reform will fade, just as it did after other notorious police killings, including the 2014 shooting of Michael Brown in Ferguson, Mo. He said he is concerned  Congress may ultimately only pass legislation that only “nibbles around the edges” of the problem.

“I worry that we are going to repeat history,” Booker said. “I fear that this is the movie ‘Groundhog Day.’”

Scott’s plan, which is still in the works, would establish new reporting requirements on the use of deadly force by police officers and cut off federal funding for police departments that fail to comply. Scott’s plan would also slash funding for police departments that do not ban the use of choke holds and establish a registry that tracks officer misconduct.

Trump said his order will also ban choke holds, “except when an officer’s life is at risk.” Only those police departments that choose to get certified would have to comply with that standard.

In a Rose Garden speech unveiling his proposals, Trump did not address the issue of racism, instead suggesting the instances of officers killing unarmed black Americans “were tiny” and only a small number of individual officers involved.

While the president met earlier in the day with families of victims of police violence, his audience in the Rose Garden largely represented law enforcement and police unions.

Blumenthal  joined other critics of Trump’s reforms, calling them “mostly empty promises” and “no real change.”

Lamont’s order bans choke holds and requires the Department of Emergency Services and Public Protection to review any time state police use force on a suspect,.

The governors has also called for all state police officers to wear body cameras and every cruiser to have a dashboard camera.