Five things you need to know 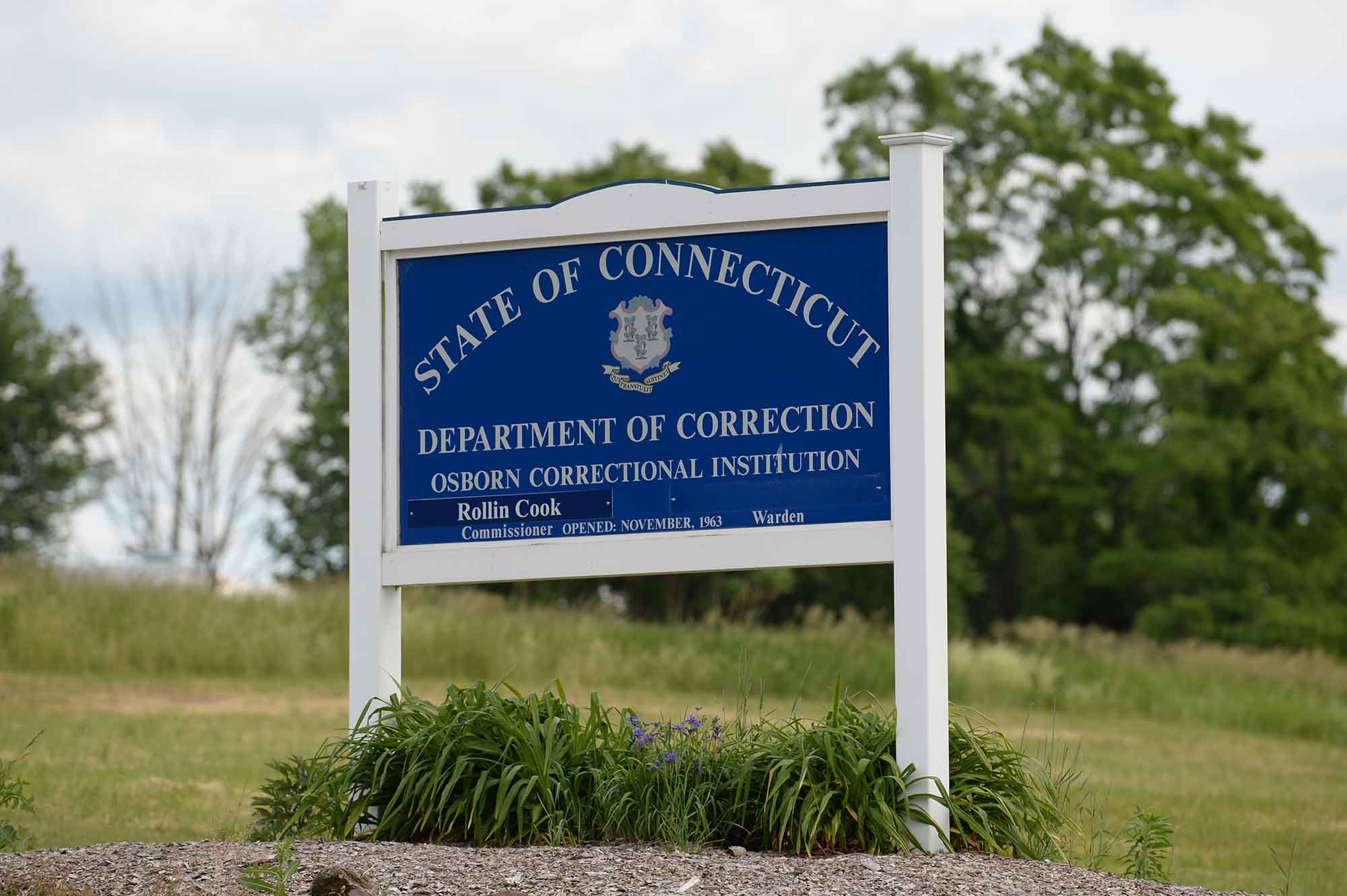 Sign at the entrance to Osborn Correctional Institution in Somers.

There were more arrests and pretrial admissions to state correctional facilities in May than April, moving back toward pre-pandemic levels as the state’s reopening progressed, though the overall incarcerated population continued to fall well below predictions officials made before COVID-19.

“There was a bit of a rebound in many categories in May, although they remained significantly below trends in prior years,” Marc Pelka, Gov. Ned Lamont’s under secretary for criminal justice policy and planning, told members of the Criminal Justice Policy Advisory Commission on Thursday. “It’s an indication that in the month of April and May, now in June, societal activity is picking up, and activity is increasing on the front end of the criminal justice system.”

The Office of Policy and Management’s Criminal Justice Policy and Planning Division released its May Monthly Indicators Report on Thursday. Here are five key takeaways.

Almost 50% fewer people behind bars today than in 2008

Connecticut’s incarcerated population has fallen in recent years due in part to an expansion of mental health and substance abuse treatment options and other programs that diverted people from the criminal justice system, said Pelka.

That decline has been even sharper since the onset of the pandemic, because of a drop in arrests and admissions to correctional facilities, and an increase in the number of discretionary releases that allowed people to get out of prison before the end of their sentences.

The number of people in state prisons and jails is almost half of what it was at its peak. In February 2008 there were 19,894 incarcerated people in Connecticut. As of June 25, there are 10,037. This reduction nearly achieves in the state the #cut50 movement’s goal of halving the national incarcerated population. No other state has slashed its prison population in half, said Louis Reed, a Connecticut-based organizer for #cut50.

“We are, as of this morning, within 90 people of reaching the 50% milestone,” Pelka said. “I think that’s worth tracking and delving into and understanding, and monitoring, to avoid future backsliding, to double down on efforts that are effective to improve public safety outcomes and make sure correction resources are being used most effectively on people who present the greatest risk and committed the greatest harm.”

Despite an increase in the number of people arrested last month, the number of people held in state prisons and jails continues to get smaller each day as officials let more people out of correctional facilities than they take in. The state should reach the 50% mark — 9,947 people — sometime next week. 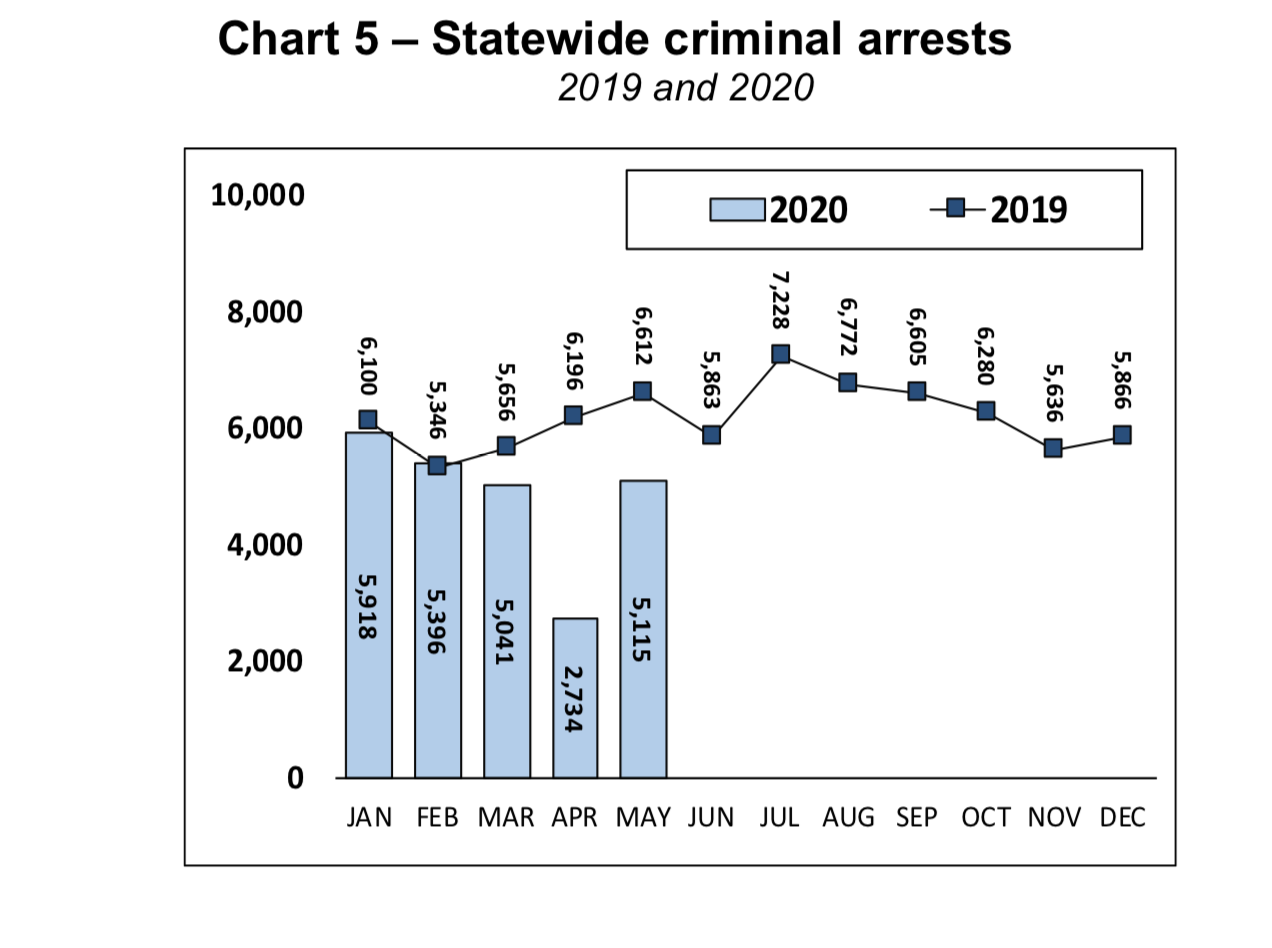 The 2,734 statewide arrests in April were historically low. Pelka previously posited that that was because of “societal changes” like quarantining. As the state reopened and people spent more time outside their homes in May, arrests ticked up for the first time since February.

There were 490 people admitted to jails in May who were not convicted of a crime, almost 200 more than the previous month. In May 2019, 1,359 people were admitted pretrial.

State officials released fewer people in May who hadn’t yet reached the end of their sentence compared to the previous month.

The Department of Correction’s Community Release Unit reviewed 27% fewer cases in May than April, which is 47% less than one year ago. Slightly more than half were approved in May 2020, compared to a 59% approval rate in April.

Continued push to provide housing to those who need it

Authorities continue to seek housing supports for people released from prison who do not have a place to live, a precondition for discretionary release.

Richard Cho, CEO of the Connecticut Coalition to End Homelessness, said his team received $180,000 in Justice Assistance Grant funding, $26,000 from the City of New Haven and $150,000 from Hartford Foundation for Public Giving. That money allows them to help the roughly 50 people each month the Department of Correction refers to them. He expects that money to last through July.

Cho said the Department of Correction referred 68 people to them between April 1 and May 15. About half were on probation; the others were released at the end of their sentence. Most were people of color who have needs stemming from medical and mental health conditions, or suffer from substance abuse issues.

Two-thirds of those helped were in the coalition’s homeless management information systems, which tracked the overlap between being incarcerated and not having a place to live.

“These are folks who are likely on the revolving door between DOC and homelessness,” said Cho.