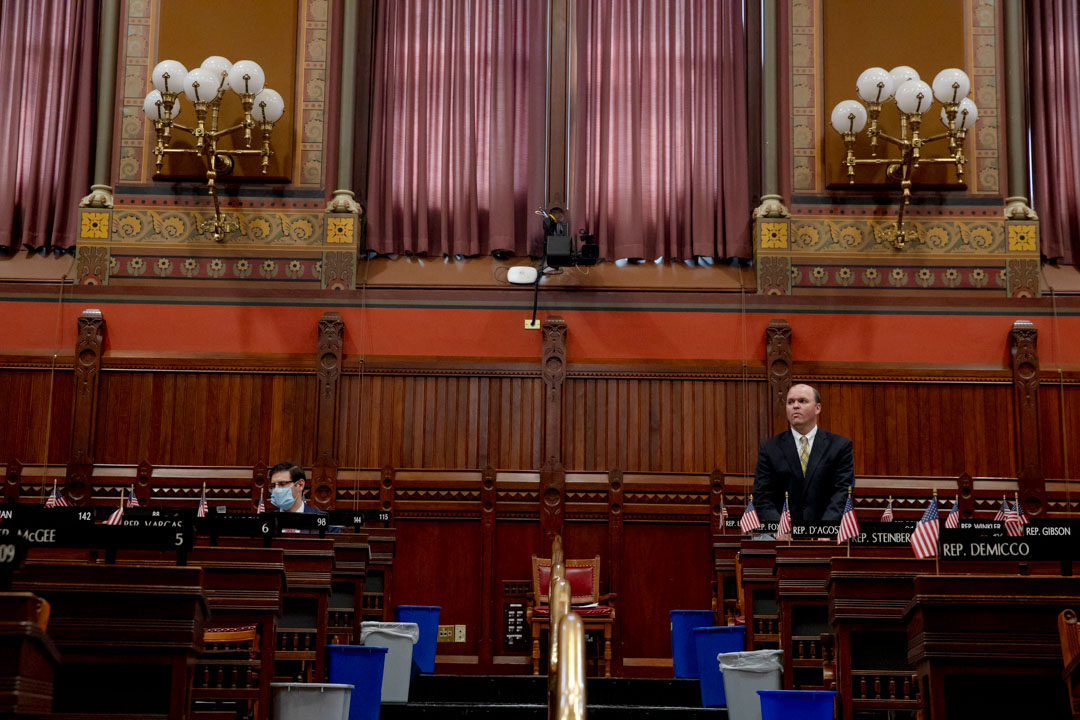 Rep. Dan Fox, D-Stamford, waits for his turn to speak during the special session on Thursday at the state Capitol.

The state House of Representatives overwhelmingly backed two health measures Thursday, one that would cap the monthly cost of insulin at $25 for people on state-regulated health plans and another that extends broader telehealth services in Connecticut through next winter.

The bills now head to the Senate, where a vote is planned for Tuesday.

“We can’t just go back to normal when it comes to health care because ‘normal’ was not working for most before the pandemic and it certainly won’t after,” said Rep. Sean Scanlon, D-Guilford, a key supporter. “These bills are a great first step in the direction of a new normal for health care.”

The insulin bill would cap 30-day supplies of the drug at $25. A previous version – raised last winter – would have limited the monthly cost to $50, but other states have since passed a $25 cap, inspiring legislators to consider stronger price controls. The cost of insulin-related supplies, such as syringes, pumps and blood sugar meters, would be capped at $100 a month, and the price of other glucose-lowering medication would be limited to $25 per month.

The bill also includes a provision giving pharmacists the authority to dispense insulin without a prescription in emergency situations. That initiative was modeled after an Ohio effort known as Kevin’s Law, which permits pharmacists to give patients a 30-day supply of a lifesaving drug like insulin even if the prescription has expired.

In addition, the measure would create an income-based program for people unable to afford insulin, similar to legislation adopted in Minnesota.

“She dealt with the ravages of diabetes,” he said. “And she wasn’t rationing her insulin. I can only imagine what it must be like for a family where they have a loved one who is having to ration their insulin, because I know the troubles and the problems.”

“This is not the end all and be all,” Delnicki said of the measure. “I look at it as a step in the right direction.” 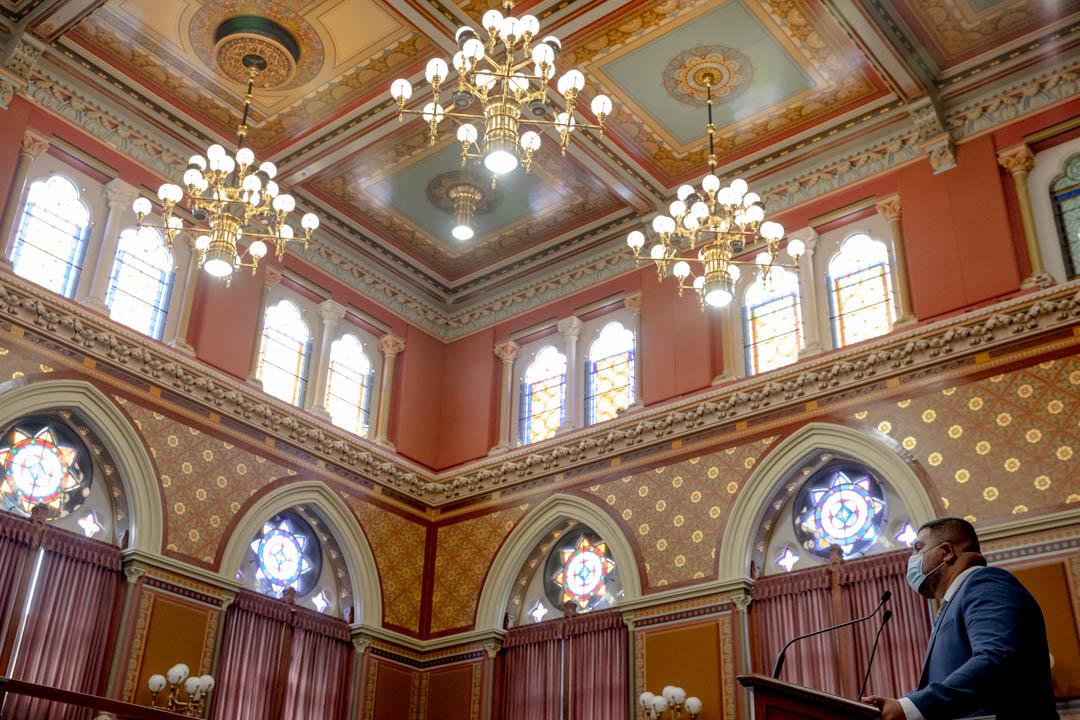 The telehealth bill passed unanimously Thursday, with many legislators calling the service critical during the coronavirus crisis.

Gov. Ned Lamont signed an executive order early in the pandemic loosening restrictions on telemedicine appointments, which became vital as COVID-19 kept patients away from doctors’ offices. His order allows health care providers and patients to communicate over a broader range of platforms, including audio-only phone calls. Under the mandate, a greater variety of health care professionals can also conduct the visits, from behavioral therapists to dentists.

The audio-only calls are considered crucial for people who don’t have an internet connection or video calling devices.

Lamont’s order is set to expire in September, however.

The legislation adopted Thursday embeds those changes into state law through March 15, 2021. A previous version of the bill would have extended the services through June 30, 2021, but lawmakers said they are optimistic about returning to the Capitol next winter and will review the issue then.

The measure also ensures payment parity, meaning insurers would have to pay providers the same amount for a telehealth visit as they would for an in-person appointment. The House voted 145-0.

“The intent is to maintain access to this for the time that we are not in session,” Scanlon said. “When we returned here – God willing – in January of next year, we can evaluate whether or not we want to continue this and make it permanent.”

Several legislators spoke in favor of the proposal.

Rep. Jeff Currey, a Democrat from East Hartford, said he recently learned he has Stage 5 kidney disease and is in need of a transplant. He was able to conduct a lengthy initial appointment with doctors at Hartford Hospital over Zoom, a video conferencing program.

“It was one of the most personal experiences that I’ve been able to go through,” he said. “It was absolutely no different than sitting in front of them face to face. You felt the emotion, you felt the care and you knew that you’re getting top notch service.”

Rep. Gary Turco, a Newington Democrat, said residents in his community have advocated for extending the service.