Biden raised more campaign cash in CT in June, but Trump has plenty of donors in the state 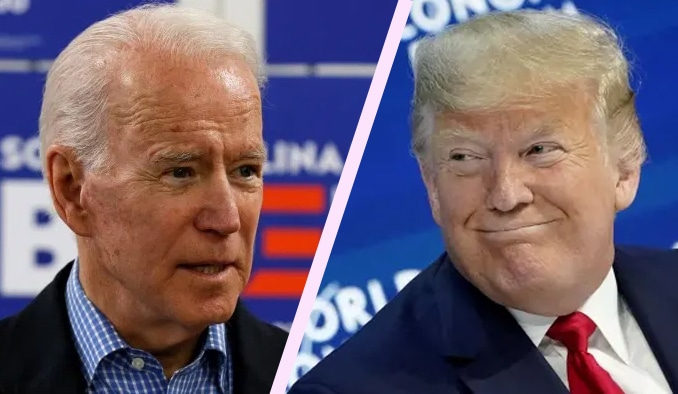 Former Vice President Joe Biden raised more money in Connecticut than President Donald Trump did in June, but the president has nearly as many donors in the state as the man who wants to unseat him.

According to the latest filings with the Federal Election Commission, 2,137 Connecticut residents donated nearly $550,000 to Biden’s presidential campaign in June, while 1,743 state residents gave about $250,000 to Trump.

Biden also holds an edge over Trump when it comes to money raised in the six-month period between Jan. 1 and June 30, despite being hampered in fundraising by other Democratic candidates – especially Sen. Bernie Sanders of Vermont – who competed with Biden for Democratic donors.

The former vice president has raised about $2.9 million from Connecticut donors, mostly in the last six months, while Trump has attracted about $2 million from state donors since he began raising money for re-election in earnest three years ago. The president has been soliciting money for his reelection since 2017, earlier in his term than his predecessors in the White House.

The money Trump’s campaign has raised in Connecticut has come from 6,269 donors while the Biden campaign has attracted support from 4,170 contributors in the state.

Since the coronavirus pandemic uprooted American life and American politics in March, both the Biden and Trump campaigns have relied heavily on small, individual donations, usually contributed in response to emailed appeals.

Biden has befitted from two high-dollar fundraisers in Connecticut earlier this year, one hosted by Gov. Ned Lamont and another that featured the former vice president’s wife, Dr. Jill Biden. Trump has not held a top-dollar fundraiser in the state yet.

Connecticut has not been considered a competitive state in a presidential election in years. A Republican has not carried the state since George H.W. Bush defeated Democrat Michael Dukakis in 1988.

But the state has nevertheless been important to presidential campaigns who have considered Connecticut, especially wealthy Fairfield County, fertile ground to raise funds.

Source: Federal Election Commission. Fundraising amounts displayed on hovering are rounded. About 0.2 percent of donations could not be identified by town.  Credit: Kasturi Pananjady

“The only time we got to see candidates was when they came here to raise campaign money,” said Ron Schurin, professor of political science at the University of Connecticut. “If they are not doing that now, we won’t see them at all.”

Schurin, however, said he expected the Biden and Trump campaign to hold virtual fundraisers in the state “because that’s the only way to raise money now and Connecticut is where the money is.”

Nationally, Trump has raised more campaign cash than Biden, about $338 million,  who raised about $274 million. But the former vice president is closing the gap, pulling in  more money than Trump — who is also slipping in the polls — in the last few months.

Much of the money the Trump campaign has spent  lately is going to advertising in states the president won in 2016. The ad-buying firm Medium Buying said  Trump campaign had reserved nearly $100 million worth of ad time in Arizona, Florida, North Carolina, Ohio, Pennsylvania and Wisconsin.

The Biden campaign is also spending money advertising in most of those states, which are defining the battleground for the 2020 presidential contest.