Washington – After 15 years on the job, dental hygienists Katarzyna Rojinska and Izebela Cwalina were furloughed by the pandemic, then fired when they balked at returning to work due to concerns their workplace was unsafe.

They are suing their employer, a periodontist who has offices in Middletown and New Britain, for wrongful termination. Their case is one of about 50 COVID-related lawsuits filed in both state and federal courts in Connecticut.

Their lawsuit is the kind being cited in a new wave of lobbying of Congress by representatives for businesses, schools, colleges and hospitals seeking immunity from what they fear will be a flood of of virus-related lawsuits. Yet, months into the pandemic, there is no such avalanche of litigation.

According to a COVID-19 case tracker established by the law firm of Hunton Andrews Kurth,  as of Aug. 6, nearly half of the 50 COVID cases filed in Connecticut are insurance-related, brought by businesses suing their insurers for failing to cover losses due to coronavirus shutdowns. Nearly 25 percent of the 4,113 COVID-19 cases filed nationwide are also insurance-related contract cases.

Other cases were brought by businesses suing Gov. Ned Lamont and state agencies over the emergency orders that forced a shutdown of “non-essential” firms.  Six Connecticut cases were filed by prisoners seeking “habeus corpus” relief, or a review of the reasons and conditions of their confinement.

Other lawsuits, like the one brought by Rojinska and Cwalina and another filed by a Meriden McDonalds employee who says she was fired because she insisted on wearing latex gloves when she was in contact with customers, are wrongful termination suits involving allegations of workplace hazards. They could be hampered by GOP efforts to give businesses and others protection from liability lawsuits.

But the greatest concern among those pushing for legal protections are over coronavirus infections and death. No such lawsuit has been filed in Connecticut, according to the Hunton Andrews Kurth COVID tracker.

The lawsuit issue has emerged as a major stumbling block  in congressional negotiations over a new stimulus bill. Republicans say the protections are needed for the economy to rebound.

“Nobody should have to face an epidemic of lawsuits on the heels of the pandemic,” said Senate Majority Leader Mitch McConnell, R-Ky.

He and Sen. John Cornyn, R-Texas, have proposed rules to broadly shield from lawsuits those who make “good faith” efforts to protect their employees from contracting the coronavirus. The proposed protections, rejected by Democratic leaders, would apply retroactively to when the coronavirus first began to circulate in December of 2019 and extend through 2024.

“I think we have to have a liability reform,” insisted McConnell recently in an interview on CNBC. “I don’t think the economy has any shot at all of getting back to normal if every entity in the country is dealing with frivolous lawsuits.”

Democrats who oppose the measure say liability shields are unfair to workers and that businesses must take responsibility to keep them safe. They have called liability protections a deal-breaker in talks focused on extending federal unemployment benefits and  a new round of $1,200 stimulus checks.

Some legal scholars also criticize the idea of a new protections from litigation.

Allison Hoffman, a professor at Penn Law School, said she understood why businesses, hospitals and schools want protections when employees, customers or students contract COVID-19, But she also said the liability shield under debate in Congress isn’t needed and may even be counterproductive.

“What the law says now is that if you do everything that’s reasonable, then you are not negligent,” Hoffman said. “People are going to be harmed, people are going to get sick…but that doesn’t mean businesses will be liable.”

Another reason Hoffman also said federal protections are not needed is because a number of states, including Connecticut, have already put new state liability shields in place. Lamont limited those protections to nursing homes and hospitals.

Brian Marks, a senior economic lecturer at the University of New Haven, said the McConnell-Cornyn proposal is not addressing public health but “all about business and economics.”

He said the proposal would create “absolute immunity” for businesses, because the standard for a lawsuit will change from  “a preponderance of evidence” there’s wrongdoing to “clear and convincing evidence” of negligence, a standard that’s harder to prove.

Another hurdle for plaintiffs is that they would be required under the proposal to identify all the places they may have visited and all the people they had close contact with.  The proposal would also help companies move lawsuits from state courts to the more business-friendly federal system and cap  non-economic damages, such as pain and suffering.

Marks said he realizes “we live in a society that is someone litigious in nature and there will be people who are opportunistic,” especially those who will sue small businesses who can’t afford expensive  legal representation in court and will instead settle a case.

“But the (McConnell-Cornyn) proposal is taking a sledgehammer to the problem,” Marks said. 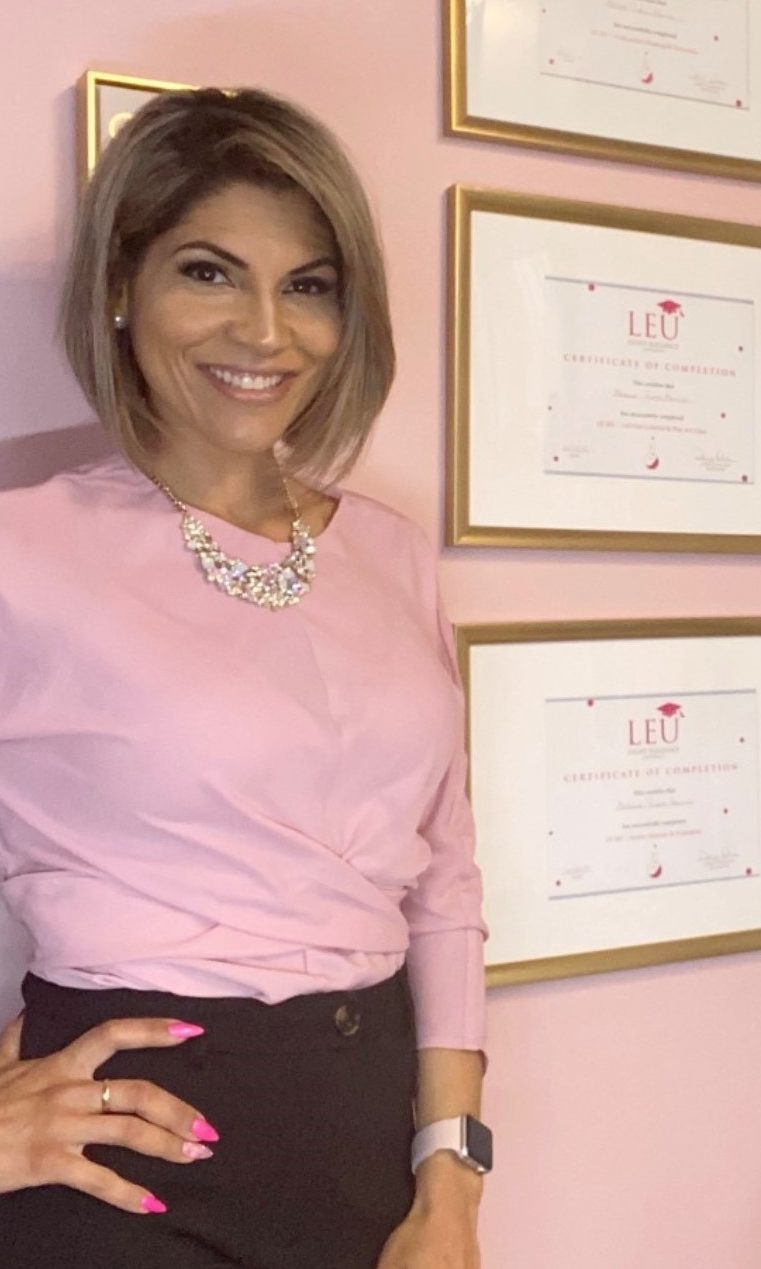 Nail salon owner Melanie Rivera-Maurice is among a group of small business owners who have sued over the pandemic’s shutdown.

Businesses who seek protections from lawsuits have filed their own COVID-related cases.

For instance, Melanie Rivera-Maurice along with several other Connecticut small business owners and state Sen. Rob Sampson, R-Wolcott, are suing Lamont and other state officers over Lamont’s executive order that forced the closure of all “non-essential” businesses early in the pandemic.

Rivera-Maurice, the owner Gelled by Mel in Manchester, was forced to shut the doors of her nail salon on the heels of celebrating the one-year anniversary of opening her business.  She said she had no income for eight or nine weeks, until the state began to distribute unemployment compensation to the self-employed under a new federal program.

“It’s essential for me to put food on the table and my business was not deemed essential,” Rivera-Maurice said. “But the governor was still getting paid.”

She said she’s likely to shut down her business for good if there’s another mandated shutdown of non-essential businesses. That could happen if a strong second wave of the virus surges in the fall — resulting in new legal challenges.

Another surge in cases is also likely to generate more lawsuits from workers like Rojinska and Cwalina who say they don’t consider their workplaces safe.

The dental hygienists said their employer failed to follow Centers for Disease Control and Prevention guidelines or Lamont’s guidelines for reopening dental offices. They say that, after they made their concerns known, their employer temporarily stopped providing teeth cleaning services. He restarted the service after he hired new hygienists to replace them, the lawsuit said.

“Instead of following the governor’s and the CDC guidelines, he preferred to get rid of the squeaky wheels,” said Matthew Paradisi, a Hartford-based attorney representing Rojinska and Cwalina.

Whether or not Congress approves a new liability shield, Paradisi said he’s determined to push the case forward.

“We’ll fight to do that despite any legislation that may be passed,” he said.