No funny hats and confetti. No cheering crowds. This is a convention year like no other 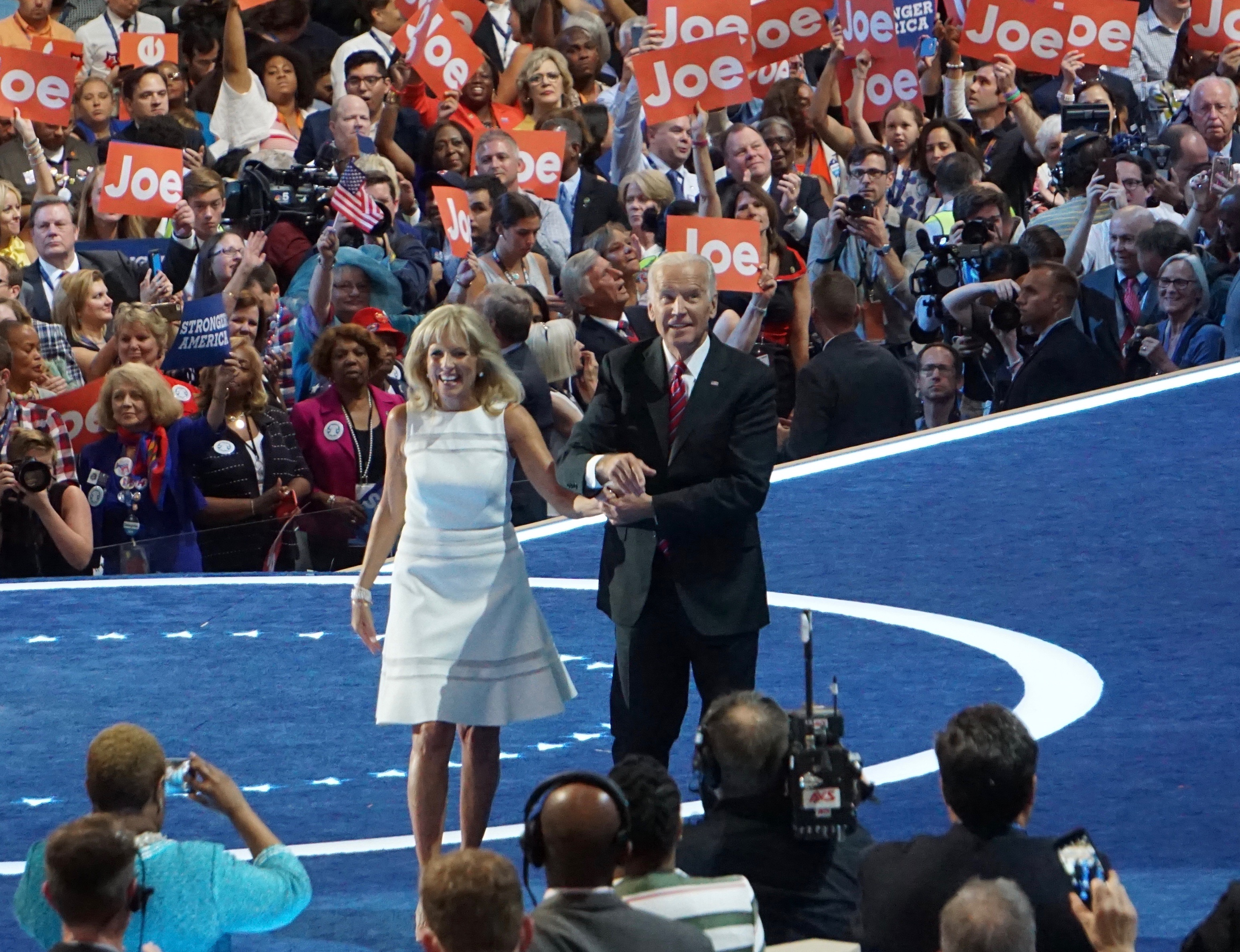 Former Vice President Joe Biden and his wife  Jill exit the stage to applause at the 2016 Democratic National Convention in Philadelphia. This week, Biden will accept the party’s nomination for president without any of the fanfare or crowds.

Thousands of Democrats from across the nation, including all party leaders from Connecticut, were supposed to converge on Milwaukee Monday for four days of politicking and partying to officially kick off efforts to unseat President Donald Trump.

But the COVID-19 pandemic has turned this into the weirdest year in American politics, upending the long-established tradition of national political conventions, with their funny-hatted delegates, confetti, balloons, backroom deals and crowded convention halls.

Since the Democratic National Convention is now largely virtual, Gov. Ned Lamont will monitor most of the activities from a vacation spot in Maine; and Connecticut’s 75 delegates and a handful of alternates will participate remotely from home. The only gathering will be Thursday night at 7:30, when delegates assemble outdoors, at Hartford’s Dunkin Donuts Park, to watch on the big screens as presidential nominee Joe Biden delivers his acceptance speech.

Still, said Nancy DiNardo, the head of the Connecticut Democratic Party: “We’re trying to make it something people can enjoy.”

That will be hard to do. Besides the cancellation of parties, receptions and concerts, coronavirus has upended the politicking usually conducted at national conventions — stuff that goes beyond the nomination of a presidential candidate.

While national conventions aim to unify a party and reach agreement on a political platform, those hoping to seek local office also attend so they can test the political waters and garner support.

Conventions are also fertile ground for fundraising and networking. Both will be a challenge to pull off remotely.

DiNardo said “because Connecticut is a small state,” its delegation was booked in a Milwaukee hotel that would have also housed the Alabama delegation.

“At conventions, you meet people you would never meet,” she said. But not this year.

The gathering in Milwaukee would have been the first national political convention for Erick Russell, an attorney in New Haven and vice chair of the Connecticut Democratic Party.

The 31-year-old Democratic activist will now participate in convention activities remotely during the day in his law office. In the evening, Russell plans to monitor the convention’s prime-time events from home, watching broadcasts the Democratic National Committee hopes are compelling nightly television viewing.

“It’s a bummer, obviously,” Russell said. “Everybody is disappointed in not being able to participate in person.” 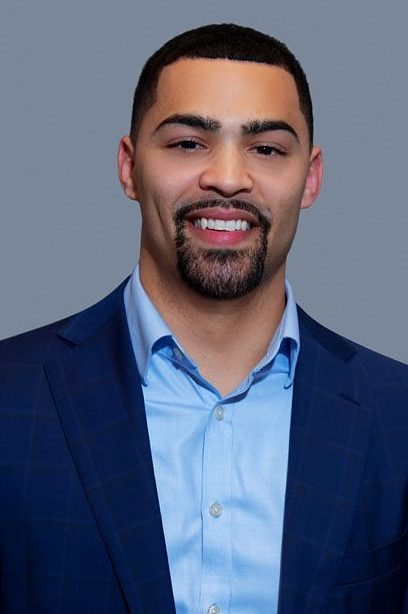 First-time delegate Erick Russell is disappointed he can’t attend a traditional convention, but says the online event will be ‘pivotal’ anyway.

Still, Russell said the convention is a “pivotal” moment in the nation’s history as the Democratic Party tries to convince voters to oust Trump and back their agenda.

“But we are never going to be able to fully replace the interactions that would have happened,” he said.

Ronald Schurin, a University of Connecticut political science professor, said the convention’s success hinges on the quality of the DNC’s technology. He said some of Biden’s early virtual campaign events were glitch-filled and  “less than sterling.”

Schurin also said the virtual nature of the convention may give the DNC one advantage.

“In some ways it’s easier to put on a convention online than in a big hall where anything could happen,” he said.

Republicans will also hold a mainly virtual convention that begins on Aug. 24.

Where ideas are born

DiNardo has been attending her party’s national conventions since 1972. Back then she was a volunteer at that year’s gathering in Miami Beach, where delegates nominated former Sen. George McGovern of South Dakota to make a failed run against Richard Nixon. 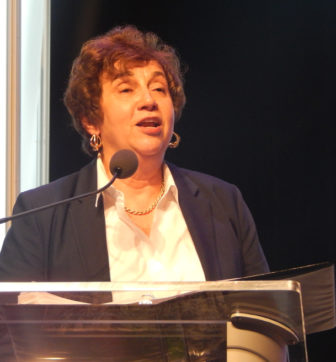 Now DiNardo will lead Connecticut’s Democrats through daily virtual events that will feature guests speakers, including members of Connecticut’s congressional delegation and key lawmakers from other states.

She remembers years ago when former Sen. Chris Dodd, a convention veteran who is again a Connecticut delegate to next week’s convention, stayed at the same hotel with former South African leader Nelson Mandela and invited him to speak at a state delegation breakfast.

“People were very emotional to meet Mandela in person,” DiNardo said. “Some even had tears.”

There won’t be an opportunity for delegates to meet political superstars, or even the Hollywood royalty that is usually present every evening on the floor of Democratic conventions (although Billie Eilish, the Chicks, John Legend and others are set to perform.)

Delegates will also vote remotely to adopt convention rules and the party’s platform – and cast their ballots online for Biden to help make the former vice president their party’s official nominee.

While some of the delegates from other states are pledged to Sen. Bernie Sanders, I-Vt., and other candidates, Connecticut’s delegates are all promised to Biden.

Connecticut Secretary of the State Denise Merrill is one of them. She said she’s been attending her party’s national conventions since the early 1990s and will miss in-person interactions.

“Obviously it’s not the kind of rallying opportunities we had at other conventions,” she said. “Conventions are also where ideas are born.”

Merrill said one convention-bred idea was to mentor younger women in politics through an organization called Emerge that she and other female delegates established.

Some of Connecticut’s delegates have been chosen at party caucuses in each of the congressional districts. Others, all at-large delegates, were selected by the Democratic State Central Committee. And the state’s 16 “superdelegates” are party officials, members of Congress, sitting Democratic governors like Lamont and other party dignitaries.

The DNC has more than 30 speakers lined up to address the country in the lead up to the formal nomination of Biden and his chosen running mate, California Sen. Kamala Harris.

NBC, ABC and CBS plan to carry an hour of the live prime-time speeches each night of the convention. PBS is running three hours each night. CNN, MSNBC, C-SPAN and Fox News will offer broader coverage and commentary and will stream content on their various online platforms. 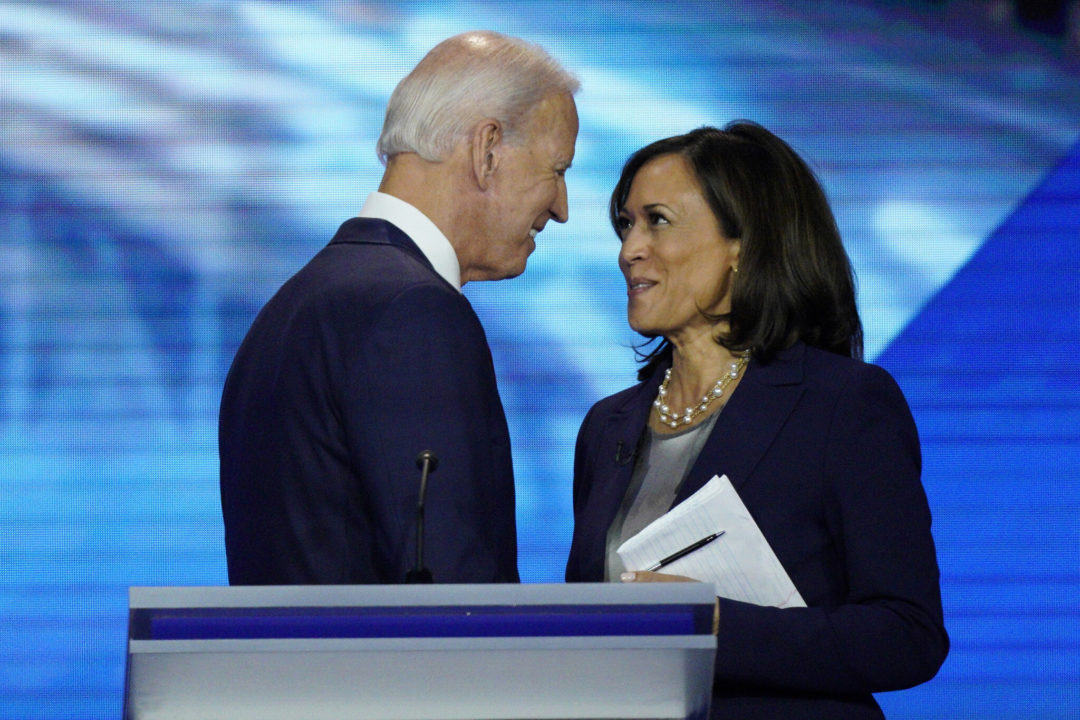 Former First Lady Michelle Obama and Sanders will kick off the speeches on Monday. Former Republican Gov. John Kasich of Ohio, a Trump critic, also speaks that same night, along with New York Gov. Andrew Cuomo and Alabama Sen. Doug Jones, who is in a tough re-election race.

The delegates will participate in a remote “Roll Call Across America,” officially casting their votes for Biden to become their party’s nominee.

Former President Barack Obama and former Secretary of State Hillary Clinton are among those in Wednesday evening’s lineup of speakers, as is Speaker of the House Nancy Pelosi. Harris will also deliver her vice presidential acceptance speech that night.

On Thursday, Biden will give his acceptance speech. And like Harris, he will address the nation from a convention center located in his hometown of Wilmington, Del.

Schurin said the speech – which is expected to remind Democrats of the reasons they need to oust Trump – must be also “positive and elevated.”

He said the virtual nature of Biden’s acceptance speech lends itself to a comparison with Franklin Delano Roosevelt’s “fireside chats,” delivered over the radio to millions of American living rooms during the Great Depression. In those speeches, many Americans felt Roosevelt was speaking to them directly, instead of addressing a large crowd.

“Biden has to do the same,” Schurin said. “He has got to find that nice combination of street level politics and poetry. And no one has ever characterized Biden’s speeches as poetry.”