Town aid, Medicaid programs could be on the chopping block

Gov. Ned Lamont’s administration has directed agencies to find ways to cut spending by 10% or more in the next two fiscal years as it anticipates a lengthy, coronavirus-induced, economic downturn.

The administration, which will be asked to explain to the legislature’s Appropriations Committee on Monday how it already has saved hundreds of millions of dollars more than anticipated amid a pandemic, also raised the prospect of reduced aid to cities and towns.

“The post-pandemic economic reality … is one where revenues may take several years to return to pre-pandemic levels,” Office of Policy and Management Secretary Melissa McCaw, Lamont’s budget director, wrote recently to agency heads.

State finances are projected to run $2.5 billion in the red this fiscal year, which began July 1. But Connecticut’s emergency reserves have grown since the pandemic began, and they are expected to exceed $2.8 billion once the audit of the 2019-20 fiscal year has been completed in September.

The bigger problem, according to McCaw’s office, is projected deficits topping $3 billion in each of the next two fiscal years. Lamont must propose a plan to legislators in February to balance that biennial cycle, which runs from July 2021 through June 2023.

A $3 billion shortfall is equal to about 15% of annual operating costs and approaches the unprecedented $3.7 billion gap Gov. Dannel P. Malloy inherited when he balanced his first budget in 2011. Malloy and the legislature relied on more than $1.8 billion in tax hikes and a union concessions plan to cover much of that deficit.

A routine part of preparing a two-year budget includes exploring options to cut services, though a 10% reduction isn’t always under consideration. Developing cost-cutting plans doesn’t mean the governor necessarily will propose them, nor that the legislature will adopt them.

But McCaw directed agencies not to propose new or expanded programs, and to avoid seeking inflationary adjustments except in circumstances mandated by law.

“We are entering a time of restraint in terms of what we can reasonably propose for new initiatives or expenditures,” McCaw wrote to department heads. “As a result, we will need to be flexible and creative in meeting the needs of the state.”

McCaw also requested “responsible proposals for restructuring and reducing” municipal aid and Medicaid-funded programs — two areas lawmakers traditionally are reluctant to cut — though she didn’t target a cut of 10% or any other specific level.

For the past two years, Comptroller Kevin P. Lembo’s office has been forecasting a major surge in state employee retirements in 2022 and 2023, and McCaw also directed agencies to find ways to capture that potential payroll savings by managing with fewer personnel.

“Our budget development task therefore demands a deeper commitment to reducing costs, maximizing efficiencies, and coming up with new ideas to improve our financial situation with more predictability and stability while continuing to deliver high quality services to the state’s residents,” McCaw wrote.

She is expected to appear via teleconference Monday afternoon before the legislature’s Appropriations Committee to discuss fiscal challenges facing Connecticut now and in the future, as well as the limits on how states can use federal pandemic relief.

The legislature tasks the Executive Branch annually with achieving savings targets through attrition or other efficiencies once the budget is in force. The savings goal for the just-completed fiscal year was $209.2 million in the General Fund, which covers about 90% of all operating costs in the overall budget.

The Lamont administration estimates it saved $544.1 million, or two-and-a-half times the target. McCaw said much of that involved programs that couldn’t operate at all, or ran in reduced fashion, during the early stages of coronavirus outbreak. 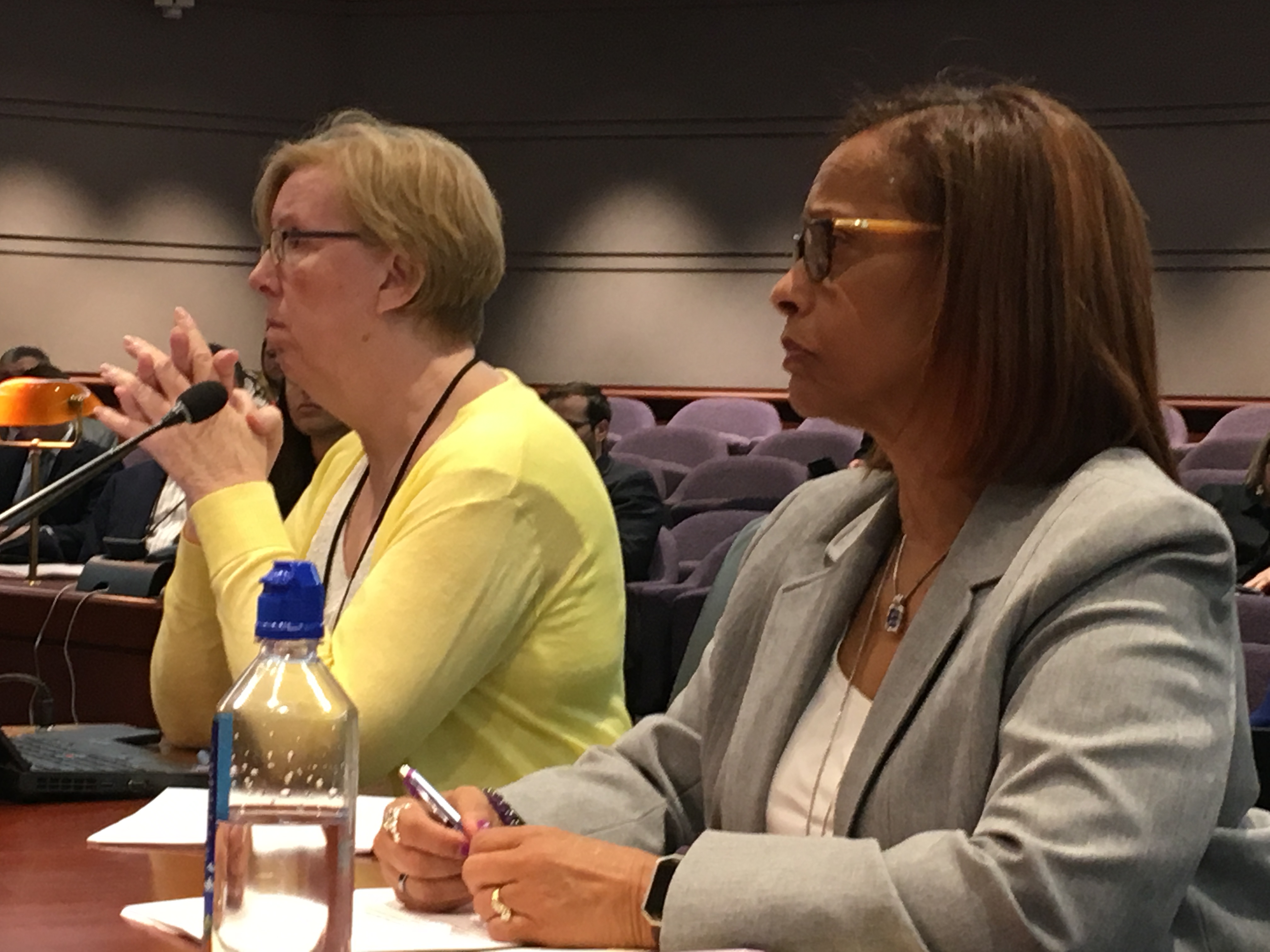 Sen. Cathy Osten, D-Sprague and Rep. Toni Walker, D-New Haven, co-chairs of the Appropriations Committee, have been pressing McCaw for details for months, saying they still don’t understand how so much funding went unspent during a crisis.

Osten said she is concerned not only about the funds saved last fiscal year, but also about Lamont’s plans for the future, adding that Connecticut’s vulnerable populations, municipal aid, and job training programs must be protected.

“We need to ensure the safety net for our residents is not shredded,” she said. “We want to make sure that we’re still able to protect our residents as they go through this very difficult economic time frame.”