As feds rush to find a COVID-19 vaccine, states like Connecticut must identify distributors 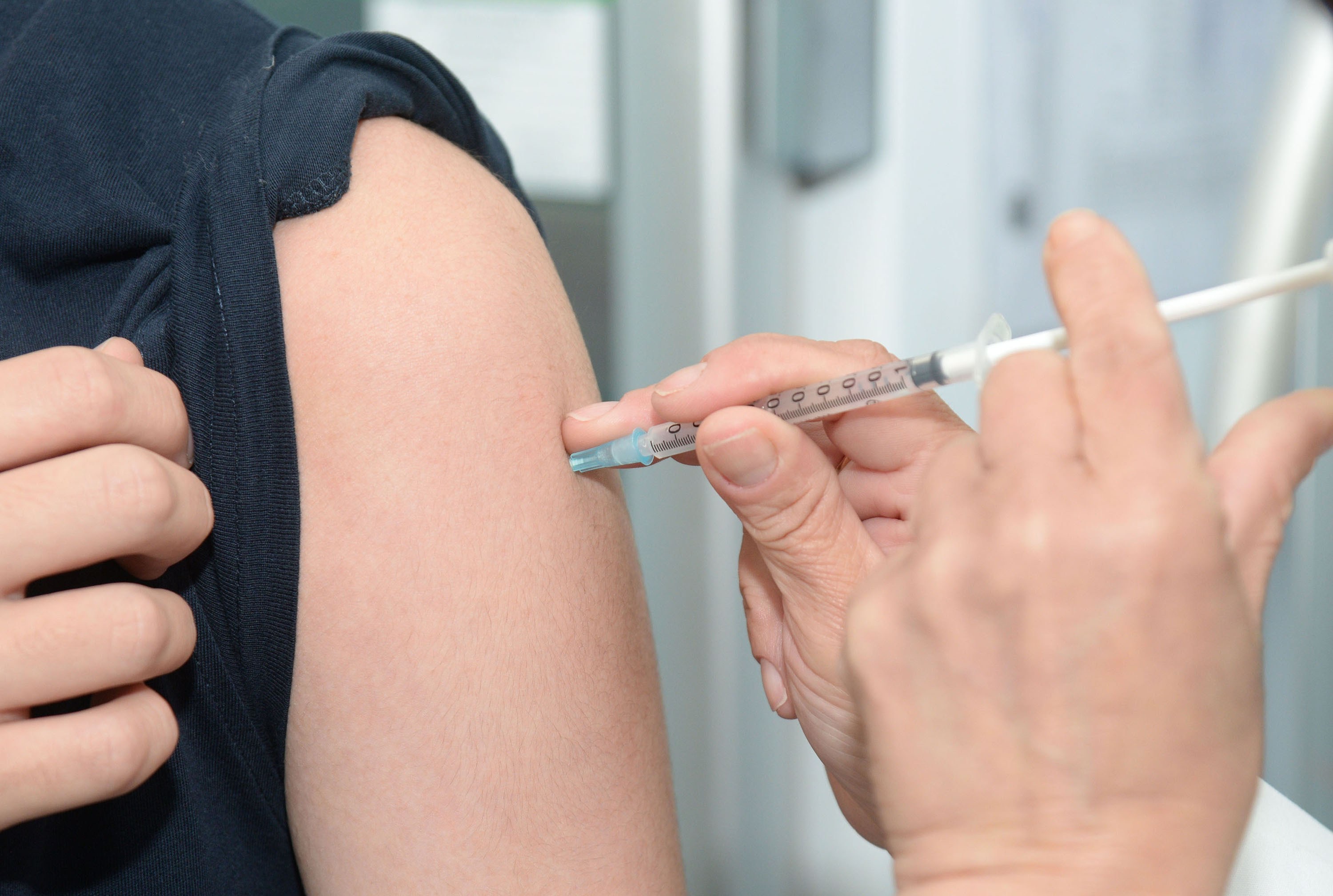 Washington – There is no approved vaccine for COVID -19 yet, but when there is, Connecticut officials will have only limited say over who gets the life-saving inoculations and when.

There are huge hurdles facing the federal government’s efforts to inoculate America — the largest being the development of a vaccine that will work. But when the vaccine is ready,  the Centers for Disease Control will decide who should receive it first, who should administer the doses, and how many doses each state will receive.

CDC officials have asked four states, North Dakota, Florida, California and Minnesota, and one city, Philadelphia, to work with them in coming up with a distribution system for when a vaccine is ready for consumption. (Optimists like President Donald Trump say will be only a few more months, while others say it will take longer.)

CDC chief Robert Redfield said his agency has just completed work with those pilot states and Philadephia on plans “that will be the foundation for every jurisdiction in the United States as they develop their plans next month on vaccine availability.”

Connecticut’s Department of Health says its working on its own distribution plan, one that will be completed by the October deadline set by the federal government. But the state agency has provided few details.

“DPH is monitoring the federal guidance that is coming out on this. We are working internally and will be working with stakeholders to develop and share our vaccine strategy as soon as we are able,” said Department of Health spokesman Av Harris.

Many states are building on existing pandemic and influenza vaccine distribution plans, but the nature of this pandemic requires substantial changes.

Redfield said a successful vaccine program “will require a combination of traditional and innovative approaches to how vaccines are administered.”

“Worksites previously serving applications for adult immunizations may be less accessible due to telework, so pharmacies and other complementary community-based locations may be important during our response to this pandemic,” he said.

The CDC has hired McKesson to handle the distribution of the drug to sites which will administer it. These could be a hospital, doctor, pharmacy, community health center or other entity approved by the CDC.

And the CDC, having warned that initially doses of the vaccine will be very scarce, has said “initial populations recommended for COVID-19 vaccination will likely be those in the critical workforce who provide health care and maintain essential functions of society and staff and residents in long term care facilities.”

On Tuesday, those organizations released a draft proposal that recommended the vaccine be distributed in four phases, with health-care workers and vulnerable Americans, including the elderly and those with underlying health conditions, receiving doses first. Those in the first phase of the distribution would account for about 15% of the population, the draft report said.

“Front line health care workers are particularly important in stemming the pandemic and preventing death and severe illness,” the report said. “From the beginning of the pandemic, many frontline workers have worked in environments where they have been exposed to the virus, often without adequate personal protective equipment.”

Phase two would include essential workers, teachers, homeless shelters as well as people in prisons, jails and detention centers. All older adults not included in phase one would be vaccinated in phase two.

How many doses for Connecticut?

“They have not told us how the allocations will be determined,” said Molly Howell, immunization program manager at the North Dakota Department of Health.

Howell said her state was likely selected to work with the CDC on a joint distribution plan because it has a “pretty good history in our immunization program” and experience in providing vaccines to the state’s five Native American tribes.

Howell said it formulated its plan, which will be finalized by mid-September, by building on the state’s existing pandemic and influenza vaccine program.

She also said she did not know why CDC chose North Dakota as a pilot site for joint planning. “I’m sure they wanted to include a variety of different states,” Howell  said.

James Garrow, spokesman for Philadelphia’s health department, also said he did not know why his city was chosen as a pilot site.

“We weren’t told explicitly,” he said. “Our thought is that in Philadelphia, we have a very robust vaccination program.”

Garrow also said the city has “a great network of providers” who are actively vaccinate the population and efficiently report inoculations to the health department.

“This essentially provides us with a head start in planning,” he said.

Delivery of the vaccine to sites where it can be administered is expected to happen in two waves. In the first wave, when supplies are limited, the military will be involved in logistics. In the second wave, when there are more doses, the vaccine will be distributed through more normal vaccination channels.

Scarcity of the vaccine in the initial wave is what worries health professionals.

“I anticipate in the beginning there is not going to be as many doses as needed, so there is going to be strict rationing,” Garrow said.

That rationing, and other issues surrounding the COVID-19 vaccine, including whether the rush to inoculate Americans will result in dangerous shortcuts, are the subject of growing debates among medical ethicists, civil rights groups and others. 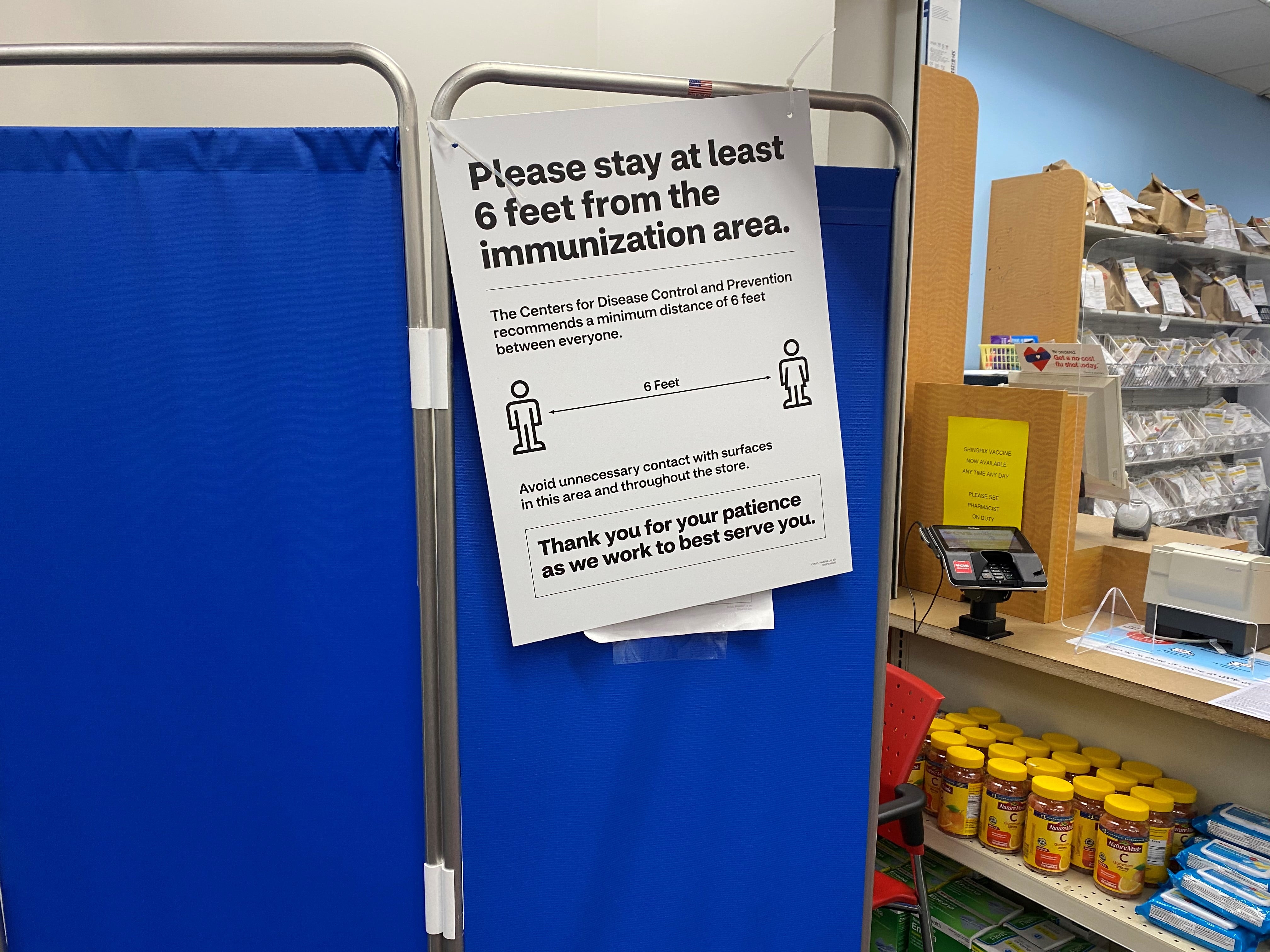 The federal government has also set up a operation involving the Department of Health and Human Services, the Pentagon, several private firms and other federal agencies to try to accelerate the development and manufacturing of a vaccine. The goal of “Operation Warp Speed” is to produce and deliver 300 million doses of vaccine by January.

Health and Human Services deputy chief of staff Paul Mango, the agency’s liaison with Operation Warp Speed, said last week that the United States expects to have four COVID-19 candidate vaccines in large-scale clinical trials by the middle of September. That’s a remarkable timeline since the coronavirus was only discovered in December.

Each clinical trial will enroll 30,000 volunteers and the two that are underway are about halfway there, Mango said.

Operation Warp Speed is funding the development of six vaccine candidates.  Five of the six vaccines require two doses, some spaced 21 days apart and some spaced 28 days apart. One, under development by Pfizer, must be stored at -94 degrees Fahrenheit, which could pose a challenge to broad distribution.

As the operation’s name indicates, the federal government is racing to have a vaccine available to the public.

The Food and Drug Administration has said it may bypass the normal approval process to authorize a vaccine as soon as possible, before all trials are complete if the vaccine is proven safe and effective. The agency that approves all new drugs and vaccines has come under intensifying pressure in recent weeks from Trump, who wants to see a vaccine distributed or ready to be distributed before the Nov. 3 election.

China and Russia have both approved vaccines without waiting for the end of Phase Three trials, which are the largest and most rigorous of all the tests that a potential new drug. And they have been criticized by public health officials — including ones in the United States — who have warned that doing so could be unsafe.

‘The objective of Operation Warp Speed is not to cut corners, it’s to cut the time frame necessary to deliver tens of millions of doses of vaccine before year-end,”  Mango said. “And… just as a reminder, there are no guarantees in science, but what  Operation Warp Speed does is maximize the probability of having at least one successful vaccine in large quantities before the end of the year.”