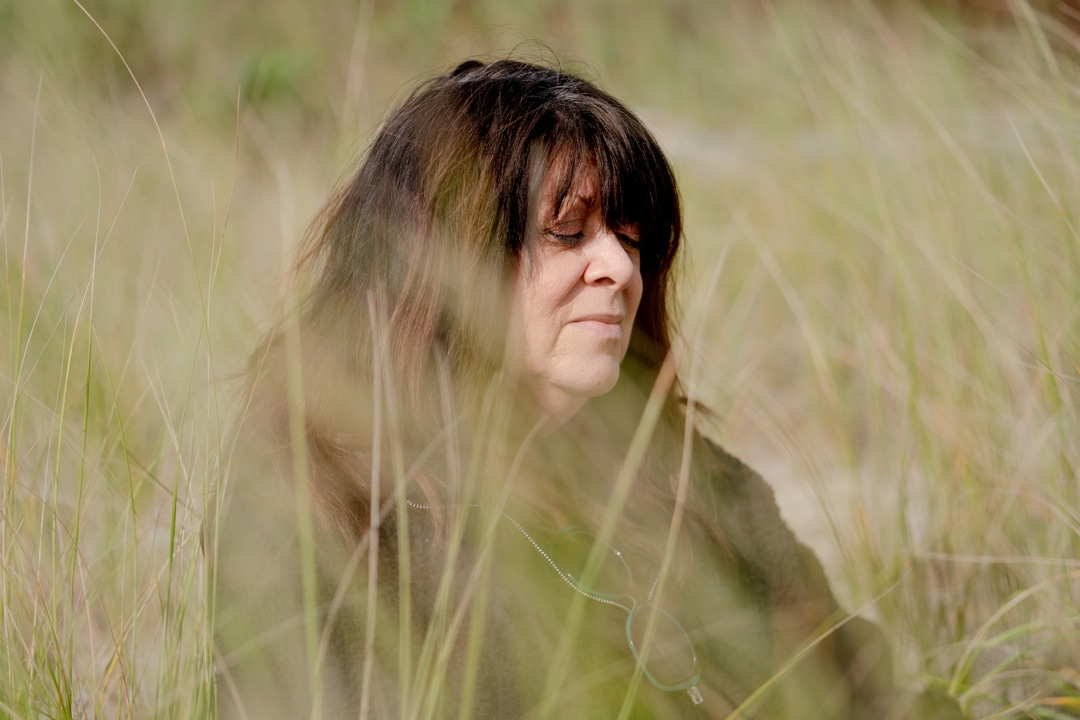 Jamie Kelo thinks about the feelings that she gets when she visits the Avery Point Beach every day. "When I come here, I feel like my problems go away. I can really focus," Kelo said. "Because it's just too much."  |   photo by: Yehyun Kim :: ctmirror.org

When Jamie Kelo lost her $20,000 a year job as a receptionist at a hair salon in New London after COVID-19 touched down in Connecticut, she thought she could rely on unemployment benefits to help cover some of her bills.

After two months of living without an income, she finally got her benefits set up. A few weeks later, however, she had to request the amount be amended because her employer reopened, but only offered Kelo part-time hours.

Her benefits were then cut off, and she’s been waiting months for the Connecticut Department of Labor to hear her case.

“It’s just such a runaround. What a disaster. I  just can’t believe this,” she said. “It’s draining.”

Kelo is among the thousands of people in Connecticut whose unemployment application wasn’t immediately approved because the labor department has determined it needs more information before determining if they qualify, or because the person’s employer is challenging the circumstances of their departure.

Given the time it takes to file and process claims, hold hearings and adjudicate appeals, it is likely that the Connecticut Department of Labor will be experiencing the adverse effects of COVID-19 for at least the next 12 to 18 months.”— Labor Commissioner Kurt Westby

During the second week of August, 8,653 people were waiting for a hearing. The wait is 10 weeks, seven weeks longer than before COVID hit the state. Another 7,300 are waiting to learn the outcome of their hearing.

Translation: about one out of every 50 people seeking unemployment pay since the pandemic shut down the economy are queued for a hearing.

It’s unclear how often applicants who complete a hearing are ultimately approved for unemployment, because the Department of Labor was unable to provide that data last week.

The wait for unemployment aid, which disproportionately impacts Black and Hispanic residents and low-wage workers, contributed to Errol Hyman moving back to the Washington D.C. area to live with family. Hyman, furloughed from his receptionist job at a car dealership in New Haven, was getting benefits initially. But around the same time his work reopened, he tested positive for COVID-19 and struggled to recover. Because he was unable to return to work, his employer challenged his attempt to continue collecting unemployment.

He had a doctor’s note and a record of the positive test results, but he needed to wait for a hearing to make his case. Meanwhile, his bills started piling up, so he and his brother, who were roommates, moved back home.

“We had to move, because we have family support in the D.C. area. Family has been supportive and so that’s been keeping us going,” said Hyman, 27, who is Jamaican and in the Connecticut National Guard. “My symptoms lingered, and I just didn’t feel comfortable going back.”

“I still haven’t heard back though. I’ve been calling but haven’t been able to get through to anybody, so I am just waiting,” he said during an interview on Aug. 28. “The whole thing is crazy.”

If he wins, he looks forward to paying his outstanding bills and paying back the relatives who have helped him out.

Lawmakers are hearing from people struggling to collect unemployment, like Hyman and Kelo, almost daily.

People are in desperate need of help and they are not getting it. They call to get that help, and what they get is another step of the process.”— Sen. Gary Winfield

“When you hear numbers like that, what it means is that people are in desperate need of help and they are not getting it. They call to get that help, and what they get is another step of the process,” said Sen. Gary Winfield, D-New Haven, about the number of people waiting for help.

“It seems to me there is a problem that needs to be fixed…  It can be dangerous. It can be the difference between people holding on, or not.” 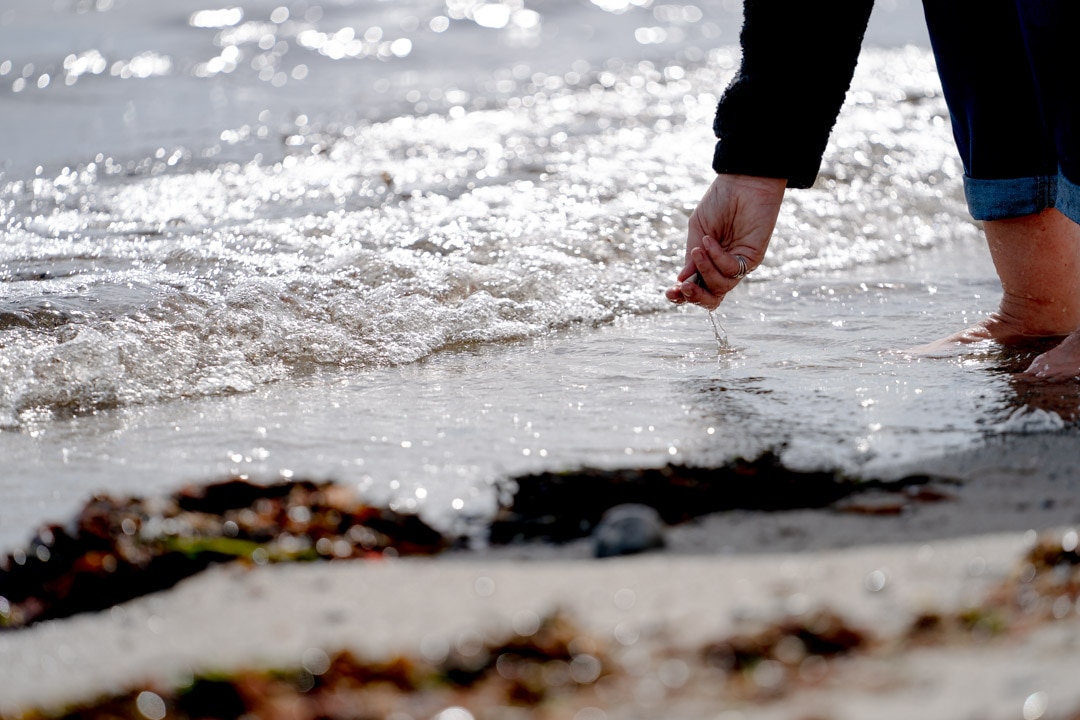 Jamie Kelo picks up shells at Avery Point Beach. Kelo said she has been repeatedly calling government agencies, including the Department of Labor, for months.  “You just could not get through,” Kelo said. “It’s draining. Then you feel like you want to give up.”

The wait is expected to grow longer

With an unemployment rate presently hovering around 10% in Connecticut – and the labor department estimating heavy demand for at least the next year – the agency has already reassigned five staffers and brought back a recent retiree to conduct appeals hearings.

The department has also hired more eight more staff to handle hearings, but a spokesman for the agency noted that new hires are trained for months before they can start hearing cases. The department was unable to provide when they will start.

The department estimates that by the end of the year, the wait for a hearing will increase from 10 weeks to 12 weeks. The wait to appeal a decision is expected to jump from 10 to 18 weeks.

“Given the time it takes to file and process claims, hold hearings and adjudicate appeals, it is likely that the Connecticut Department of Labor will be experiencing the adverse effects of COVID-19 for at least the next 12 to 18 months,” said Commissioner Kurt Westby. “These claimants are percolating up into the system.” 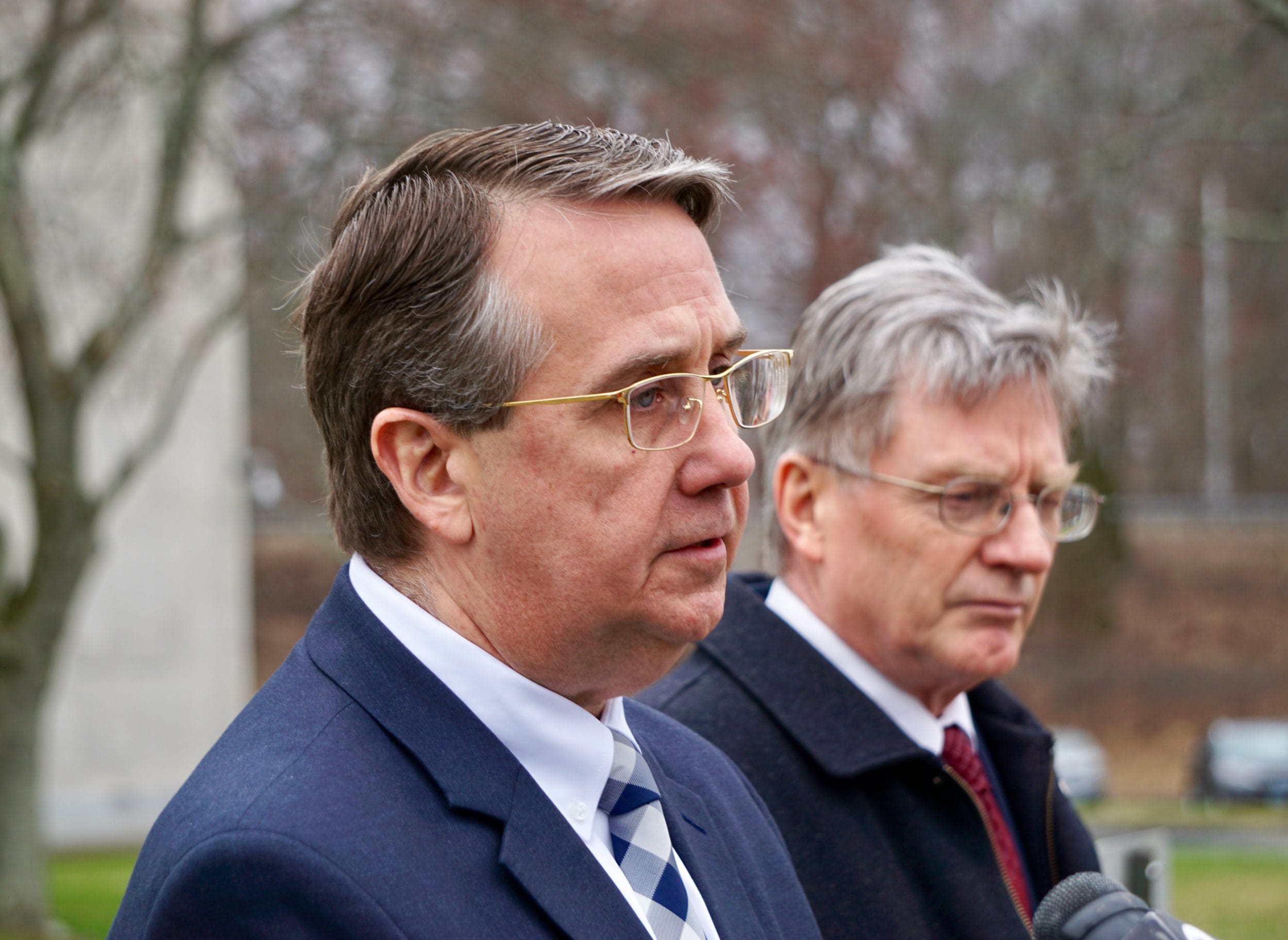 While the glitches in the outdated computer system that prevented some applications from being processed early in the pandemic have been resolved, the 40-year-old system is still slowing staff’s ability to process claims and hampering residents’ attempts to understand their claim status. A new, more user-friendly system will not be rolled out until May 2022.

“The pandemic has required us to put technology modernization efforts on hold,” said Dudzinski. “Our state unemployment system remains outdated, and efforts to improve it have been shelved.”

This outdated system means people like William Kenny, who lives in New Haven, had to fax in material for the hearing that took him months get. He said he was just fortunate enough to have friends to help him out.

“It’s chaotic. It doesn’t really make sense,” he said. “I’m really anxious that I’m like going to fill something out wrong or miss something.”