The death of Supreme Court Justice Ruth Bader Ginsburg has stoked fears over the future of the Affordable Care Act.

Six weeks ahead of Election Day, Democratic leaders of the legislature’s Insurance and Public Health committees portrayed the death of Supreme Court Justice Ruth Bader Ginsburg as a wedge issue in the campaign for General Assembly and in the presidential race unfolding amid a global health pandemic.

Ginsburg’s death Friday means the Supreme Court will have a smaller liberal wing when it hears the latest challenge to the Affordable Care Act in November.

“To the voters of Connecticut: Health care is on the ballot,” Rep. Sean Scanlon, D-Guilford, a co-chairman of the Insurance Committee, said Tuesday at a press conference at the State Capitol. “There is a referendum coming soon on what kind of health care we want to see. … If the current president and the current members of Congress are still in power, they have absolutely no plan to replace your health care with something else. And that is something every single voter in Connecticut and this country should be thinking about.”

Eighteen attorneys general and two governors from Republican-led states sued the federal government in 2018, seeking to have the entire Affordable Care Act dismantled. The Trump administration’s Justice Department has also argued that the ACA should be deemed invalid because the individual mandate – which required that most Americans have health insurance – is no longer constitutional and can’t be severed from the rest of the law. 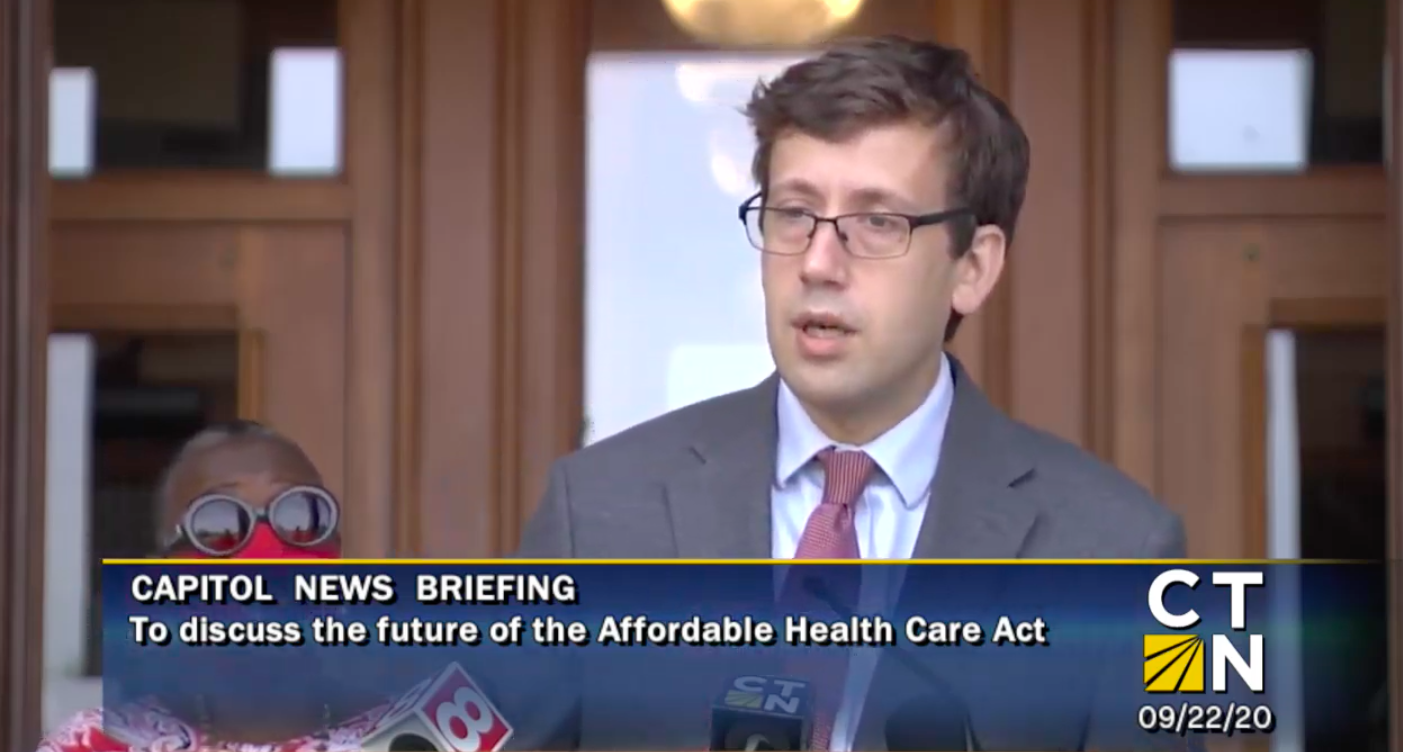 Sen. Matthew Lesser, D-Middletown, talked about the local impacts should a repeal of the Affordable Care Act happen.

Connecticut Attorney General William Tong and legal officials from 20 other states have appealed. Oral arguments are scheduled to begin Nov. 10.

The dissolution of the ACA would have wide-ranging implications nationally and in Connecticut. Nationwide, about 21 million people could lose their health insurance, including more than 12 million low-income adults who gained Medicaid coverage through the law’s expansion of the program. As many as 133 million people have pre-existing medical conditions that could disqualify them from purchasing health plans or force them to pay higher premiums if the law were overturned. Millions of young adults on their parents’ insurance could lose coverage (the ACA requires employers to cover their workers’ children up until age 26).

In Connecticut, 250,000 residents have benefited from the expansion of Medicaid. Thousands of people younger than 26 have health insurance through their parents’ plans here, and nearly half a million residents with pre-existing conditions have coverage due to ACA protections.

More than 100,000 people buy their insurance through Access Health CT, the state’s exchange. And the Brookings Institution found that 1.2 million people in the state would be subject to lifetime limits on health insurance if the ACA were overturned.

President Donald Trump remains a galvanizing force in Connecticut, where Democrats made solid gains in the 2017 municipal and 2018 state elections. Opposition to President Trump’s policies has been one of the largest issues for Democrats running for the state’s General Assembly. State senators and representatives are up for re-election on Nov. 3.

“If something does happen, if this law gets repealed … we will do everything in our power to make up for that here in this building in the spring of next year during our session,” Scanlon said Tuesday. “But until then, we are advocating for no changes to the ACA.”

The COVID-19 crisis has made the fate of the ACA even more serious. Tens of thousands nationwide have been hospitalized with the virus. Millions of Americans have lost health coverage during the pandemic as businesses closed and companies laid off workers. Many have turned to public plans like Medicaid and Medicare, or have bought policies through the Affordable Care Act’s subsidized marketplace.

The COVID-19 death toll in the United States passed 200,000 on Tuesday. Nearly 7 million cases of coronavirus have been recorded nationwide. 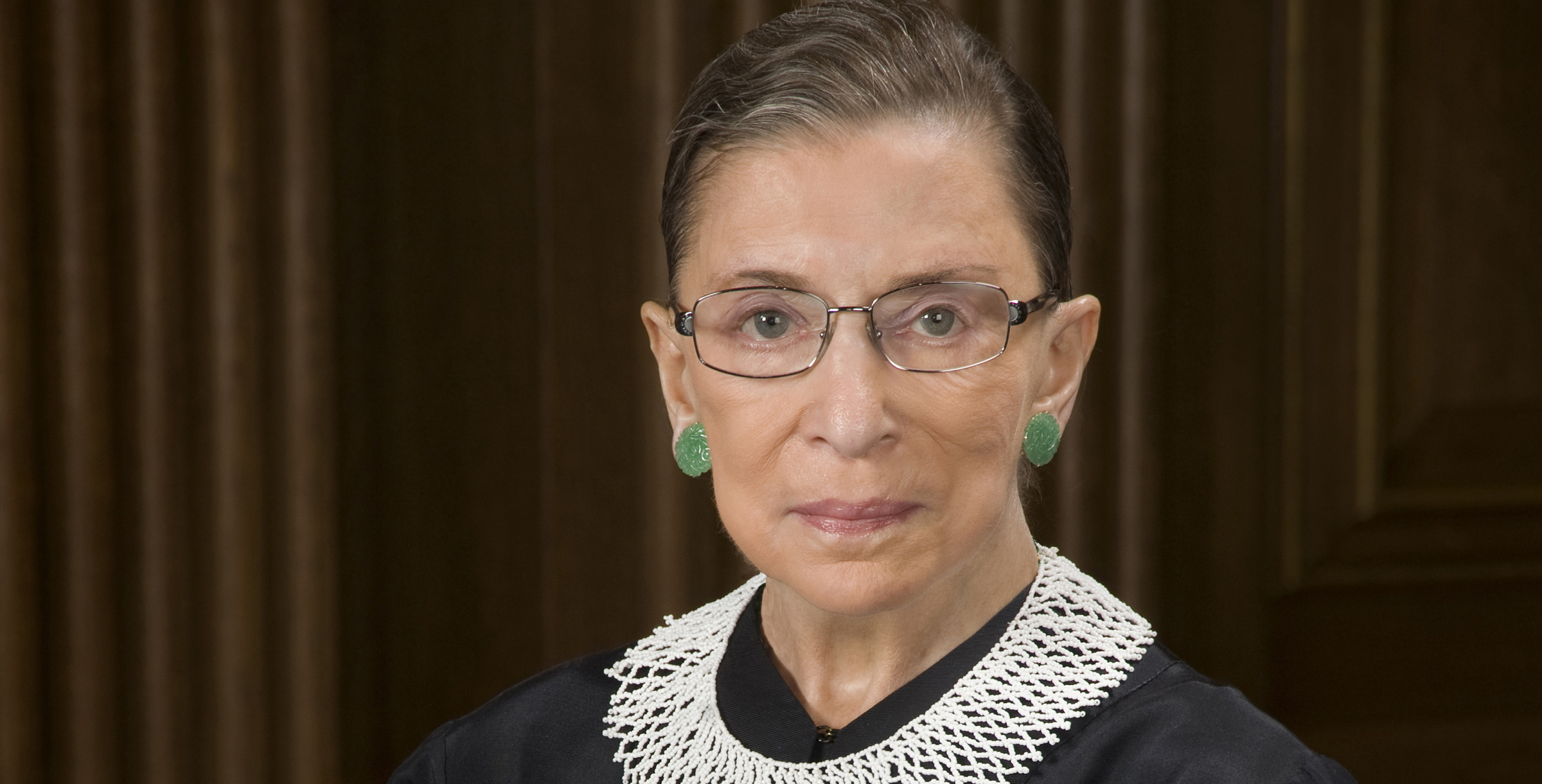 “Talk to one another. Let everyone know what’s at stake here,” said Sen. Mary Daugherty Abrams, D-Meriden, a co-chair of the Public Health Committee. “We will continue to fight for it at the state level. We need to be fighting for it at the federal level.”

Longstanding health disparities made starker by the COVID-19 pandemic would be worsened if the ACA were repealed, legislators said. They pointed to the people of color and low-income individuals who rely on coverage through Medicaid, known as HUSKY in Connecticut, and through the state’s health insurance exchange.

“Those folks could potentially lose health care immediately – and it will disproportionately be communities of color,” said Sen. Matthew Lesser, D-Middletown, a co-chairman of the Insurance Committee. “It’ll be lower-income folks, people who don’t have access to health care through their employers.”

“We’ve already seen a huge impact on health equity caused by both COVID-19 directly, but also the economic fallout from that,” he said. “This will only make it that much worse.”

On the campaign trail, Joseph Biden, the Democratic nominee for president, has already begun to connect the Supreme Court vacancy with the future of the ACA, telling supporters in Philadelphia over the weekend that “health care hangs in the balance” for voters in the November election.

The latest attempt to invalidate the 10-year-old law was viewed as a long shot because of Chief Justice John Roberts’ alignment with the four liberal justices in prior challenges. But following Ginsburg’s death, if President Trump and Senate Republicans confirm a successor to hear the case, it could shift the balance.

Some analysts don’t expect Ginsburg’s absence to sway the high court. Legal experts told The New York Times that the case centers on areas of law that are less disputed and less ideological than the two previous cases involving the ACA. 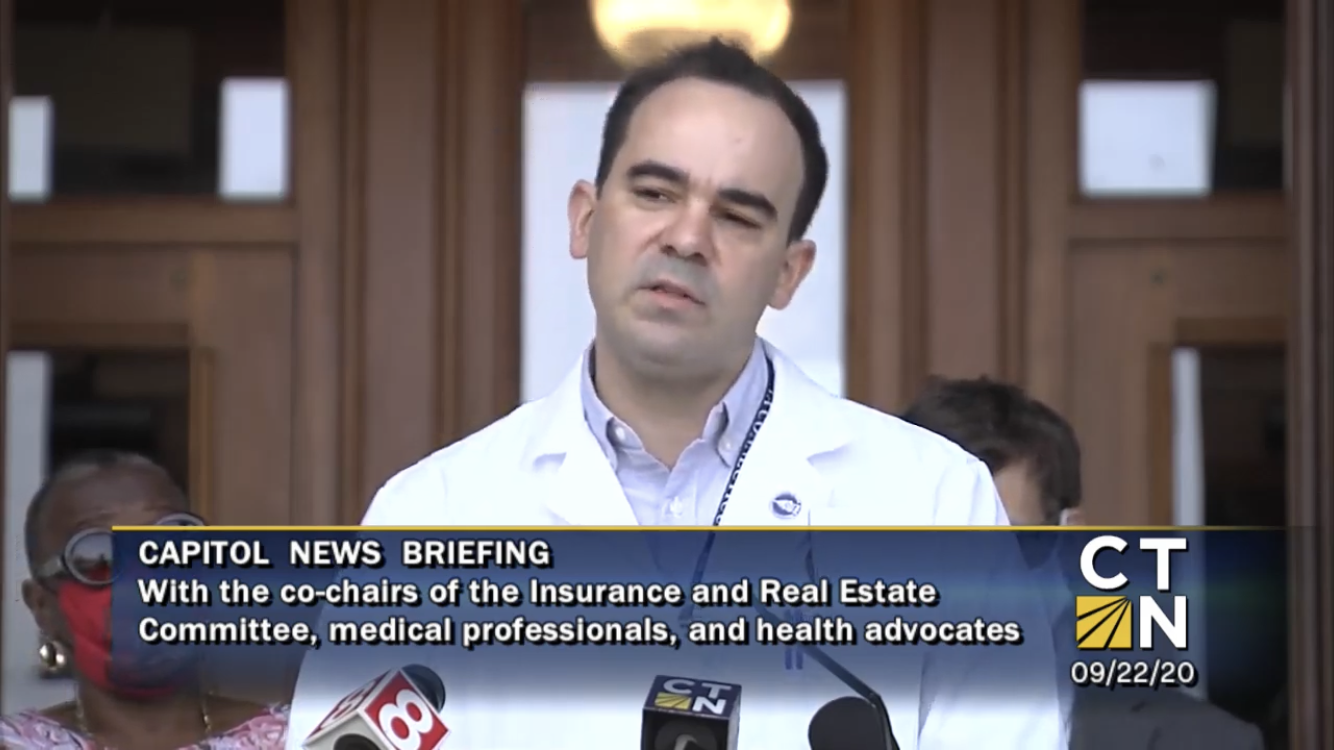 Dr. Benjamin Cherry encourages residents to vote and call on lawmakers to strengthen the ACA.

“Replacing Ginsburg could have big effects in lots of areas,” Jonathan Adler, a law professor at Case Western Reserve University, told The New York Times. “I’m just not sure this case is one of them.”

Still, medical officials in Connecticut urged voters Tuesday to press lawmakers over the future of the ACA.

“As you think about voting this November, don’t let your civic engagement end there,” said Dr. Benjamin Cherry, a Connecticut physician who stood alongside the Democrats. “Choosing our elected officials is not enough. We must connect with them. We must let them know how important protecting our health care … is to each of us.”