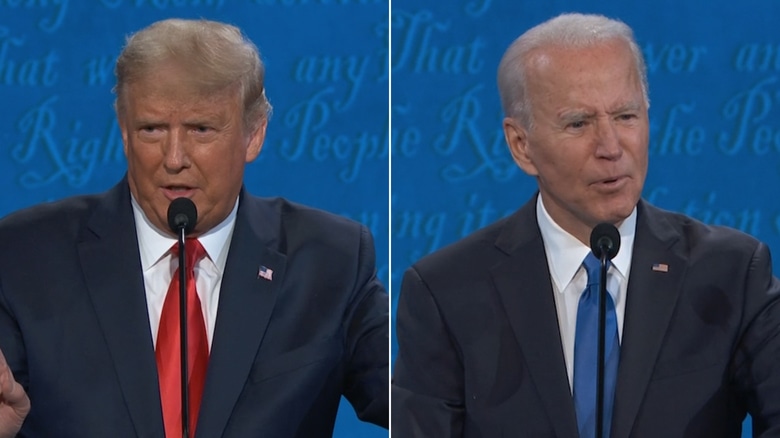 Former Vice President Joe Biden has benefitted from a surge in campaign donations from Connecticut and the rest of the nation.

The fundraising gap in Connecticut tracks that in the nation. According to the latest FEC filings, the Biden campaign raised $938 million nationwide, while the Trump campaign raised $560 million.

Trump brought up the money gap issue in Thursday night’s debate with Biden.

“You have raised a lot of money, tremendous amounts of money,” Trump said to Biden, and said Biden’s ability to raise more money was a result of his ties to Wall Street.

He also told Biden “every time you raise money, deals are made,” and said “I could raise so much more money.”

“As president and as somebody who knows those people, I could call the heads of Wall Street, the heads of every company in America, I would blow away every record,” Trump said.

But the president said he didn’t want to do that “because that would put me in a bad position.”

According to the Center for Responsive Politics, Biden has outpaced Trump in donations from people who work for hedge funds, security and investment firms, commercial banks, the insurance industry and other financial sectors. They have donated about $23 million to Biden and about $11 million to Trump, with some of those contributions coming from Connecticut.

But the Trump campaign has edged out Biden’s when it came to donations from the real estate sector, which gave the president’s campaign about $11.6 million and Biden’s about $10.6 billion.

Biden responded to Trump’s accusations during the debate that he has been flooded with donations from Wall Street with just three words: “Average contribution $43.”

The Mirror’s analysis determined the Biden campaign’s median donation from a Connecticut resident was $25, while the Trump campaign’s was $35.

Trump, meanwhile, said at the debate that his campaign has “plenty of money” and beat Hillary Clinton in 2016 “with a tiny fraction of the money she was able to get.”

Trump started the election cycle with a massive cash advantage over Biden. But the president’s campaign spent heavily early in the cycle, and the Biden campaign has beat Trump in fundraising every month this year except for one.