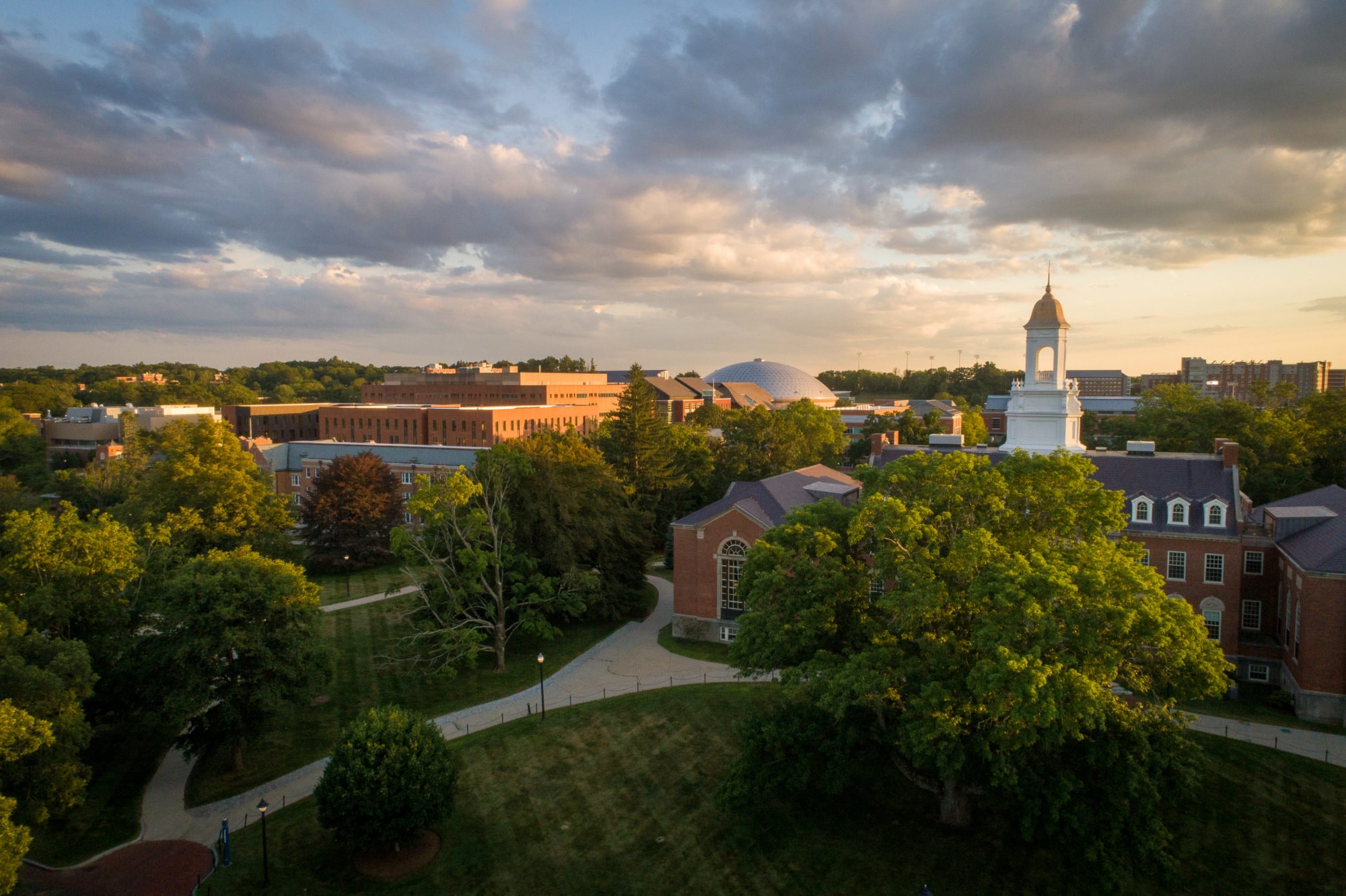 The spire of the Wilbur Cross building at UConn rises above the campus in this July, 2019 photograph.

Citing gaping deficits caused by the pandemic and a lack of philanthropic support, the University of Connecticut announced Wednesday it is discontinuing a program to offer free tuition for all low-income students whose families make less than $50,000.

The program – called the “Connecticut Commitment” – will cost the university $700,000 this year for 260 students to attend tuition-free. The program was expected to cost $5 million by the time it was rolled out over four years but given the lagging economy, UConn President Thomas Katsouleas said he expected need for program to exceed those projections.

The state’s flagship university was unable to raise even the $5 million, however.

“[We] cannot say with certainty that we will be able to raise the private dollars necessary to fund it beyond the first cohort of students. Neither I nor anyone else at UConn wants to make a promise we may not be able to adequately fund as planned,” Katsouleas said. “Consideration was given to potentially funding the programs through some avenue other than philanthropy. And while that might may have been a viable possibility and another time, it’s not an option in this budget environment.

“I believe the program needs to be paused,” he concluded. “We just don’t have the funds. Pausing the program is the most difficult and painful decision I have had to make since arriving here.”

UCOnn Board of Trustees members agreed.

“We cannot make commitments to new students if we are not confident that we can keep our promise,” said Jeanine Gouin, a UConn Board of Trustee member.

The 260 students currently enrolled in the program will continue to receive funding.

Last October at his inauguration as UConn’s president, Katsouleas announced he planned to launch an aggressive campaign to raise additional funds for the needs-based scholarships to fund the program, estimating it would benefit approximately 6,000 UConn students over the next four years.

The tuition initiative was intended to provide students whose families have an annual income of $50,000 or less with the opportunity to come to the university tuition-free. Tuition at UConn this fall was $14,406. The program did not include room and board, which cost more than $13,000 this semester, or fees, which are an additional $3,428.

Katsouleas said the university intended to fill any gaps that weren’t met by fundraising, but given the huge deficits Uconn is experiencing now that’s not possible.

“The problem is that our operating budget is so beat up right now from COVID,” said Katsouleas.

UConn has winnowed down a $78 million deficit to $28 million by paying for some costs with borrowed funds, furloughing non-union managers, and not filling positions as they become vacant. Despite fears that fewer students would enroll this year, the school actually saw an 2% increase. However, this uptick was not enough to offset the massive losses in income caused by a significant drop in the number students not living and eating on campus.

The university has directed its departments to prepare plans that involve laying off employees and tapping their reserves to cover the remaining $28 million shortfall.

Tuesday’s increase in COVID positivity rates and hospitalizations shows that this time, bending the curve is harder

Hospital officials so far have said they are not pulling back on elective surgeries and outpatient procedures as they did in the spring – a move that allowed them to shift staff and other resources to the growing number of coronavirus patients.

Connecticut's seven-day positivity rate peaked 10 days ago at 5.8% and fell to 4.7% on Monday.