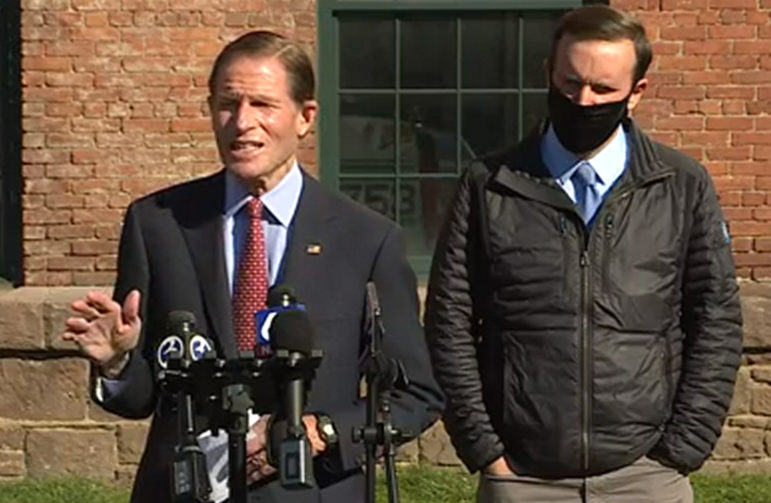 U.S. Sens. Richard Blumenthal and Chris Murphy spent tens of thousands of dollars of their own campaign funds to help fellow Democrats take over the U.S. Senate, but the effort appears to have come up short, even as a few key races have not been called.

That means Connecticut’s Democratic senators, who were not on the ballot this year, will likely remain in the minority in the next Congress, a position they’ve been in since the GOP won the Senate in 2014.

At a press conference in Harford on Wednesday, Blumenthal and Murphy said a Democratic flip of the Senate was a long shot – and still a possibility.

“If you had told us a year ago that we might take back control of the Senate, we would have said ‘that’s crazy,’” Blumenthal said. “The hope of doing so was always an uphill battle.”

Still, Blumenthal and Murphy donated campaign funds and in tweetstorms and other social media appeals urged others to give to Democratic challengers, many of whom raised more money than the incumbents they failed to unseat.

Murphy said, “The map was big, and obviously we didn’t do as well as we had hoped in some traditional Republican states.”

Republicans hold a 53-47 majority in the Senate. Democrats needed a net gain of three or four seats to take Senate control, depending on whether former Vice President Joe Biden wins the presidency, which would allow his vice president, Kamala Harris, to cast tiebreaking votes.

Although a few Senate races were outstanding on Wednesday (including those in North Carolina, Maine and Michigan), it seemed unlikely Democrats would be able to knock off enough GOP senators to wrest control of the chamber from Majority Leader Mitch McConnell, who was reelected in Kentucky on Tuesday.

So whether President Donald Trump or Biden is ultimately declared the winner of the race for the White House, he will face a divided Congress, limiting his ability to advance an agenda.

A divided Congress also limits the ability of Democratic lawmakers like Blumenthal and Murphy to pass legislation.

“Our ability to expand health care coverage and take on climate change will definitely be limited if McConnell is still the leader,” Murphy said.

On Wednesday, McConnell stopped short of declaring victory in the battle for the Senate majority, even as Republicans held off Democratic upsets in key races.

McConnell says he expected to get a “definitive answer” by the end of the day on the results of races in  North Carolina and in Maine, where Republican Sen. Susan Collins has a lead over Democrat Sara Gideon. But he said the results of Michigan’s Senate race, where it’s neck-and-neck between Democratic challenger John James and incumbent Sen. Gary Peters, are less clear.

There’s also at least one Georgia Senate race, and possibly two, that won’t be decided until that state holds a run-off election in January.

“It may all come down to a couple of special elections in Georgia,” Murphy said.

Still, Blumenthal, who said he planned to run for re-election in 2022, said Tuesday’s results will shrink the Senate GOP majority. “Whatever happens, the Republican majority will be greatly reduced,” he said.

And Murphy said that since 60 votes are required for approval of most Senate legislation thanks to the filibuster rule, the Senate will continue to require compromises with the opposing party, no matter who controls the chamber.

Unified government – having the U.S. House and Senate and the White House all controlled by the same party — has not be the norm in recent American political history.

Democrats or Republicans had full control of Congress and the White House for only 25 years since 1955, and most of those periods of unified government were short-lived, usually for two and sometimes for four years.

Both chambers of Congress were in Republican control when Trump was elected in 2016, the last time there was a unified government. That allowed Trump to pass some of his legislative agenda, including a massive tax overhaul and to nearly overturn the Affordable Care Act.

But Republicans lost control of the House in 2018, forcing Trump to increase the use of his executive authority to implement change.

While less confident of a Democratic Senate, Blumenthal and Murphy were optimistic Biden would win the presidential race. “He may have, by the end of the day tomorrow, won in some surprising places, like Georgia,” Blumenthal said. 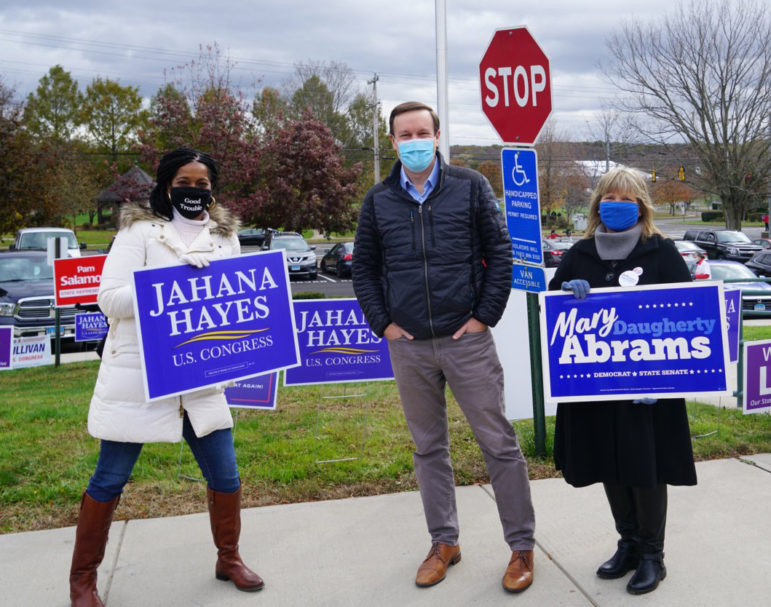 Connecticut’s senators also condemned Trump’s efforts to stop the count of absentee and mail-in ballots in states that have not been called for either candidate, predicting those efforts will fail.

Blumenthal called Trump’s threats of lawsuits to stop the vote count “frivolous and fact-free” and compared the president to dictators who manipulate elections.

In the U.S. House, Democrats hung on to their majority. But despite a fund-raising advantage and expectations that they would flip a number of Republican seats, House Democrats suffered a string of demoralizing losses.

“We have held the House and now, when — after all the votes are counted, we’ll see how much better we will do than that,” Speaker Nancy Pelosi said Tuesday night.