Over objections from advocates, Lamont to extend legal immunity for nursing homes, hospitals 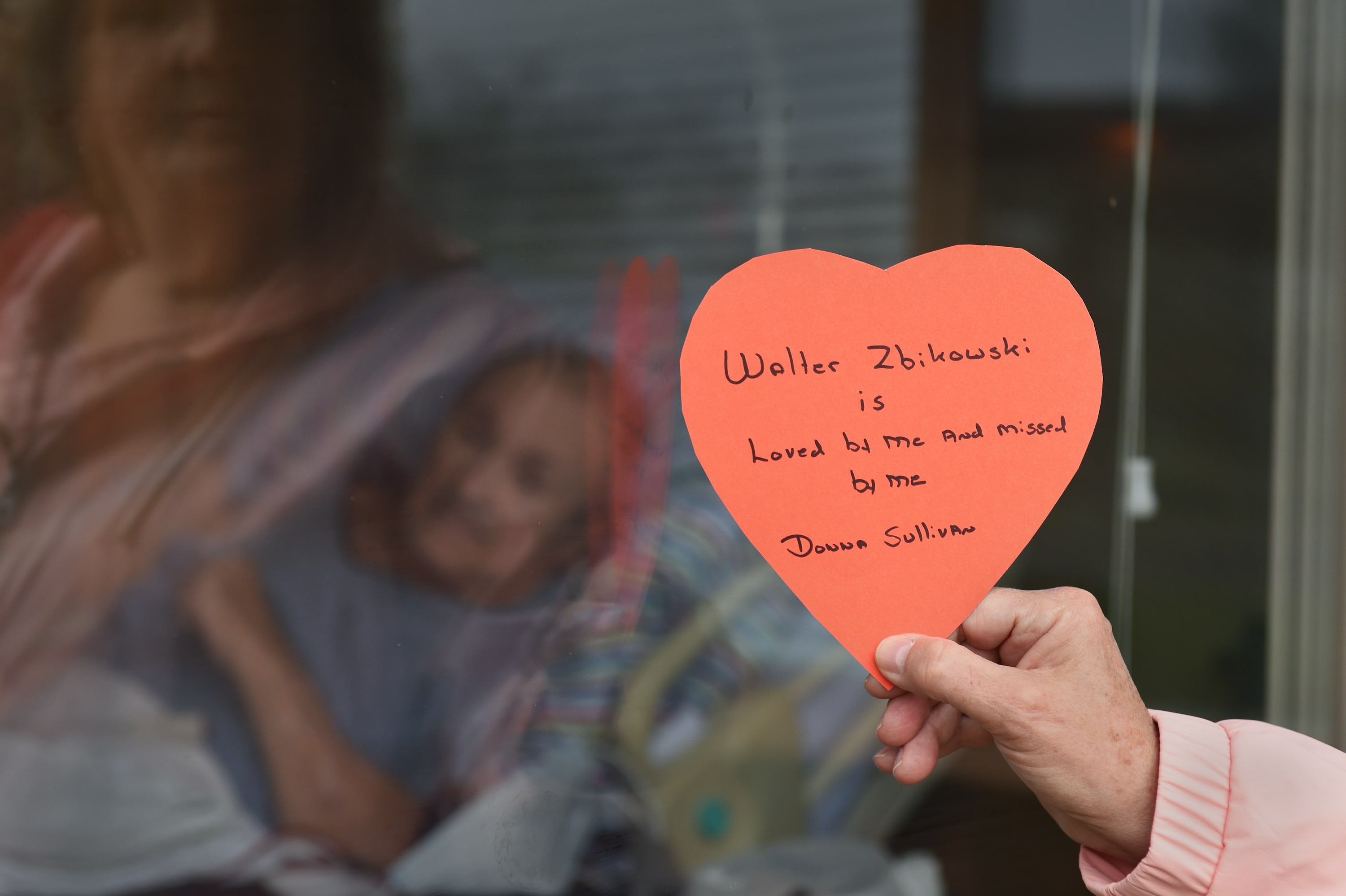 Donna Sullivan displays a heart she brings to show her partner, Walter Zbikowski, when she visits him through a window at Parkway Pavilion Health and Rehabilitation Center in Enfield.

Despite objections from advocates and family members with loved ones in nursing homes, officials with Gov. Ned Lamont’s administration said Monday they would extend legal immunity for those facilities and for hospitals through Feb. 9.

Max Reiss, a spokesman for Lamont, said the governor felt comfortable extending the immunity because “there is more enforcement and more oversight” of nursing homes now than there was at the beginning of the pandemic, along with more opportunities for family members to report concerns. The protection was set to expire Monday.

“The Department of Public Health has been very communicative. It’s actively working with nursing homes and also actively enforcing guidelines, doing thousands of infection control surveys and investigating complaints,” Reiss said. “The administration feels it makes sense to continue the immunity, at least through the end of our public health emergency, which expires on Feb. 9.”

Lamont in September signed a declaration that prolongs his emergency powers to manage the COVID-19 crisis. His declaration extended to Feb. 9 the state of emergency he declared on March 10 under Connecticut laws regarding both public-health and civil-preparedness emergencies.

Nursing home and hospital leaders had pressed for an extension, saying the protection allows front line workers to do their jobs without fear of legal retribution. Nursing home industry officials could not immediately be reached for comment Monday.

The move comes even after advocates, elected officials and family members voiced concerns about the broad protection.

Judy Jencks, whose 92-year-old mother resides in a Colchester nursing home, said the immunity strips away a system of checks and balances.

The AARP in Connecticut sent a letter to the Lamont administration urging it to halt the immunity.

“It is essential that long-term care providers, as well as health care providers more broadly, remain responsible for any negligent actions to ensure long-term care residents have some protection and opportunity for redress,” Nora Duncan, the state director of the local chapter, wrote. “We are well past the point in this pandemic where it is appropriate to grant nursing homes civil immunity.”

She noted that it is difficult to pursue cases or neglect or abuse, and that families don’t take the action lightly.

“It is always an option of last resort,” Duncan said, “but it must remain an option.”

“People who are bad clinicians are going to perhaps be worse clinicians. They’re going to make more serious mistakes or more of them,” she told the Mirror. “Our court systems are there to fairly work this all out, and I just don’t think that recourse should be taken away from people.”

At the height of the pandemic, Connecticut was one of at least 20 states to impose an immunity order. But in recent months, some states have rolled back that protection.

Reiss said that while the immunity is being extended through February, it’s possible that the administration could remove the protection sooner. Lamont is in discussions with lawmakers, advocates and industry officials about the future of the mandate.

“I don’t think we would rule anything out,” he said.