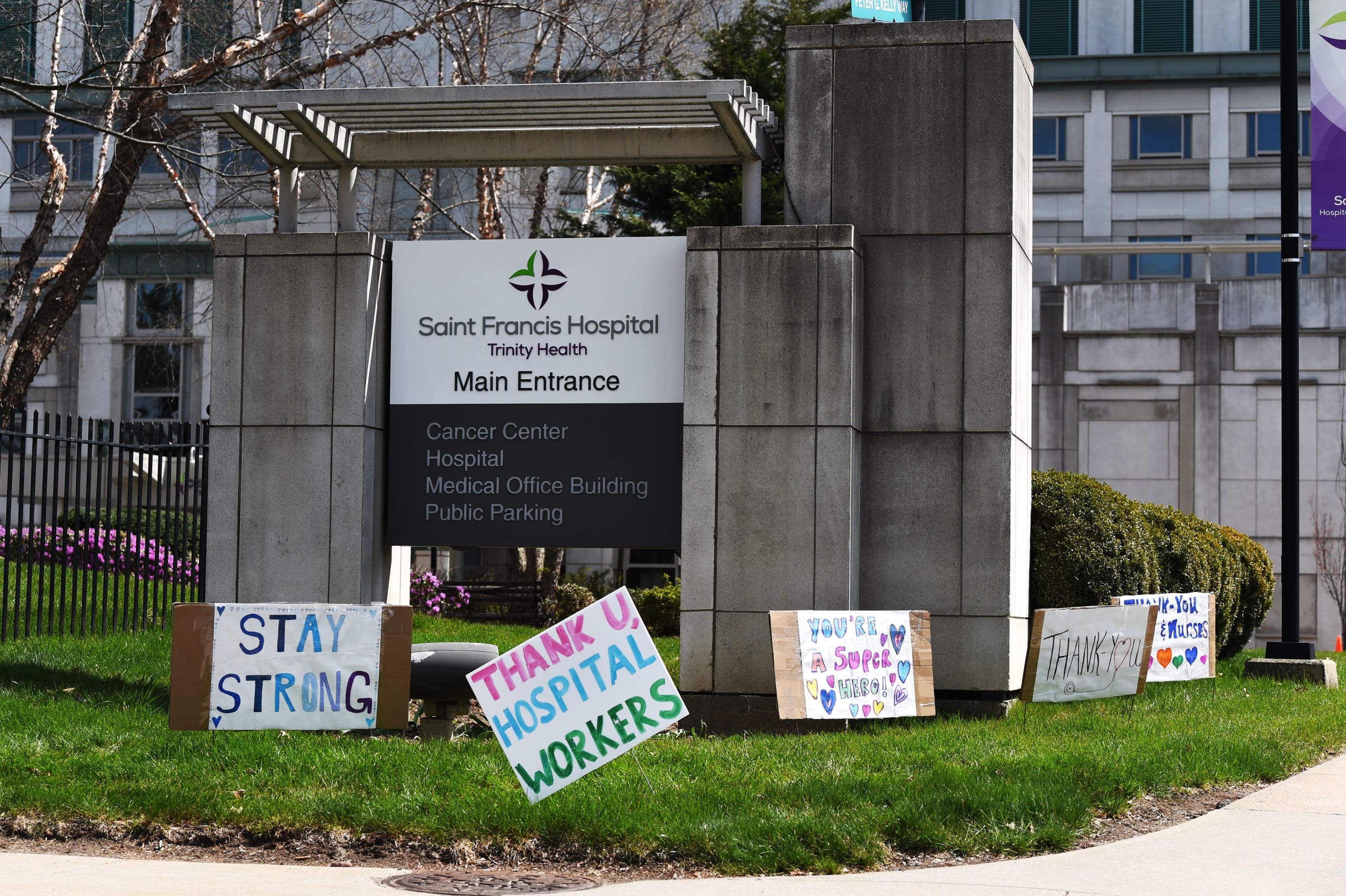 Burke, who had been serving as interim president since mid-May, succeeds Dr. John Rodis, who resigned seven months ago.

“Tom stepped into the role as interim president during the pandemic and at a time of great challenge and transition within our organization,” said Dr. Reginald Eadie, president and CEO of Trinity Health New England. “He rose to the occasion and proved his ability to lead with enthusiasm and with the utmost respect for every one of our colleagues and members of our medical staff.”

Burke, who served as the hospital’s vice president of operations for four years, was selected following a national search and an interview process that included Saint Francis Hospital staff.

“My time as interim president during this unprecedented time has given me a unique opportunity to grow as a leader,” Burke said. “I look forward to serving in this role and supporting all our Saint Francis colleagues as we continue to fight against the COVID-19 pandemic and beyond.”

Burke told The CT Mirror that “The biggest challenge that we’re facing right now is making sure that our colleagues, our patients, our visitors remain safe as we provide care during this second wave.”

And while some of the surge in infection rates is due to “pandemic fatigue” individuals relaxing their use of masks or maintaining social distancing — Burke also said there is greater confidence within the healthcare industry, because so much more is known about the coronavirus than was known in March.

“It feels very different this time,” he said. “We’ve learned such a tremendous amount from the first wave. … There’s still anxiety but we’re in a much better position.”

Burke is a member of the American College of Healthcare Executives. He obtained a Bachelor of Science in Pharmacy from the Philadelphia College of Pharmacy and a Master of Business Administration from Saint Joseph’s University, also in Philadelphia.

Rodis, who served as president and CEO from 2015 to 2020 and was also the first physician to be appointed president in Saint Francis’ 118-year-history, departed abruptly last May.

Neither he nor Eadie have commented on the reasons for the separation, though Eadie praised Rodis for leading Saint Francis through a period of significant change and transformation.

During Rodis’ tenure, Saint Francis was designed as a Level I trauma center — a high rating from the U.S. Centers for Medicare and Medicaid Services. It also became the only hospital in Connecticut to make IBM Watson Health’s top 100 hospitals in the nation.