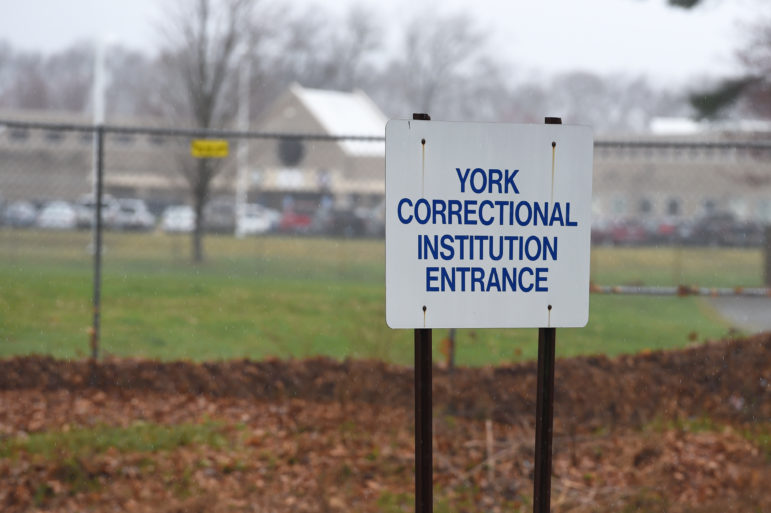 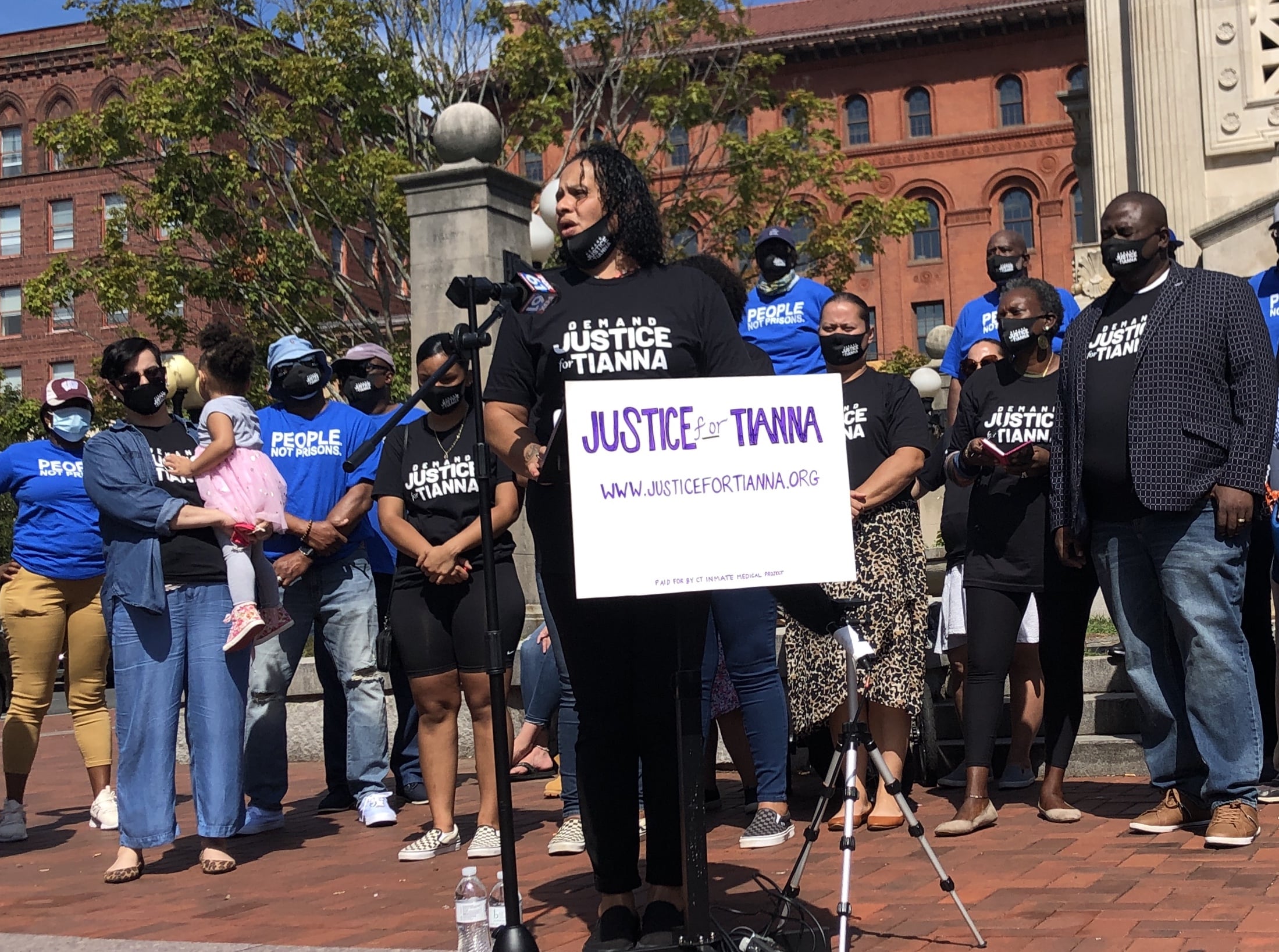 “No mother should have to give birth in inhuman conditions,” Karine Laboy, Tianna Laboy’s mother, said at a recent press conference.

The state has reached a settlement in a lawsuit brought by an incarcerated woman who delivered her baby in a prison cell toilet in 2018.

Tianna Laboy had not yet been convicted of a crime when she gave birth two years ago in her cell at York Correctional Institution in Niantic. She filed a civil rights lawsuit in March 2019. Recent legal filings state that Laboy’s child has since been diagnosed with autism and does not speak.

The state attorney general’s office refused to disclose the amount of the settlement or comment on the case Tuesday, saying the agreement has not yet been signed.

“The parties have reached an agreement to resolve this case and are working to memorialize that agreement in a document to be signed by the parties,” said Elizabeth Benton, spokeswoman for the attorney general’s office. “Until that is done, it would not be appropriate to discuss the terms of the settlement.”

Ken Krayeske and DeVaughn Ward, attorneys for Laboy and her mother, Karine, said their clients “chose what they believed to be the best option for their family at this time.”

“The reality is that people incarcerated by the State of Connecticut face a Hobbesian choice. The state charges a lien of $180 or so a day on the cost of their incarceration,” the lawyers said. “If litigants like Tianna Laboy exercise their right to a trial by jury and win a verdict, the unsettled nature of the law in the Second Circuit right now suggests that anything she wins may be seized by the state to pay for the costs of incarceration.”

The lawyers also painted a grim picture of the health care system inside York Correctional, the state’s only women’s prison. The OB/GYN was available only on Mondays, Wednesdays and Fridays, “despite serving a population of patients that could go into labor or have another life-threatening emergency … at any time,” they wrote in court records.

Previous filings in the case showed that Laboy repeatedly told prison staff that she had stomach pains between Feb. 6 and Feb 13, 2018, a complaint officials did not take seriously due in part to her placement in a mental health infirmary. 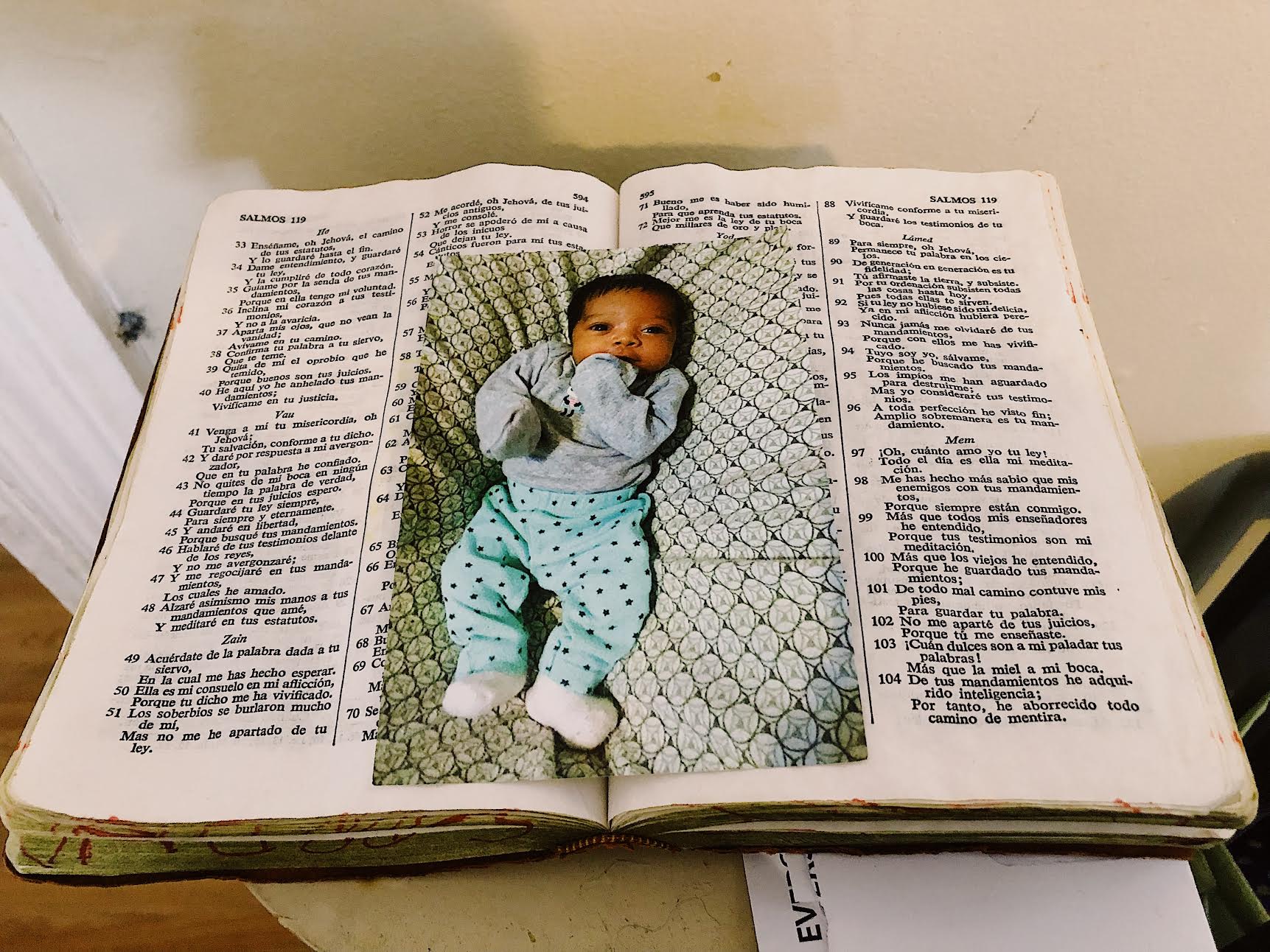 Early in the morning of Feb. 13, Laboy got up to use the toilet and delivered her baby into the bowl. Her cell mate helped take the baby out of the toilet and wrapped her in a towel. A correction officer eventually found her standing over a pool of blood holding a crying infant that had been born about a month premature.

Included in the filings is an internal Department of Correction report that identified Michelle Fiala, who spent 14 years at Hartford Hospital as an OB/GYN postpartum and nursery nurse, as the nurse at York with the most relevant experience at the time Laboy gave birth. Fiala denied receiving calls for help from corrections officers on the day Laboy was in labor, but security cameras showed otherwise. Fiala also claimed she performed an assessment of Laboy, but camera footage shows Laboy had only been in the medical unit for about 10 minutes.

A nervous correction officer told another employee assigned to the medical unit that Laboy had blood clots before her delivery. According to the report, Fiala took the phone and told the officer on the other line, “if there were blood clots the baby would be coming soon, so there is no way there are blood clots.”

Within minutes of that exchange, the report notes, officers discovered Laboy had delivered the baby and sounded a call for a medical emergency.

Laboy reached a settlement with Fiala last month. The state filed a motion on Nov. 20 noting that the settlement included a confidentiality provision, and that it was “essential” the terms of the agreement were disclosed because Fiala was the nurse responsible for treating Laboy that night. In addition, the state argued, “any proceeds of the settlement are likely to be the subject of numerous liens asserted by the State of Connecticut to recoup, among other things, the costs of plaintiff Tianna Laboy’s incarceration as well as health care paid for with state funds for both plaintiffs.”

According to statute, the state has a claim for repayment of public assistance, maintenance, care or cost of incarceration from the proceeds of a lawsuit.

“Tianna Laboy and her family do not see this settlement as something to celebrate or rejoice, since this is not restorative justice. This is just a resolution of federal causes of action stemming from the birth of her daughter in a prison cell,” Krayeske and Ward said. “Sadly, the state of Connecticut just pays money, and conditions in York Correctional Institute have not improved for Ms. Laboy nor any of the other women incarcerated there. Since 2015, the Department of Correction has self-identified violations of the 1988 consent decree in West v. Manson, including the birth of Baby N. in 2018, yet nothing improves.”

The attorneys said Laboy will likely file additional lawsuits to challenge the conditions of her incarceration.