Lamont does a Zoom speech, then gets a new hip 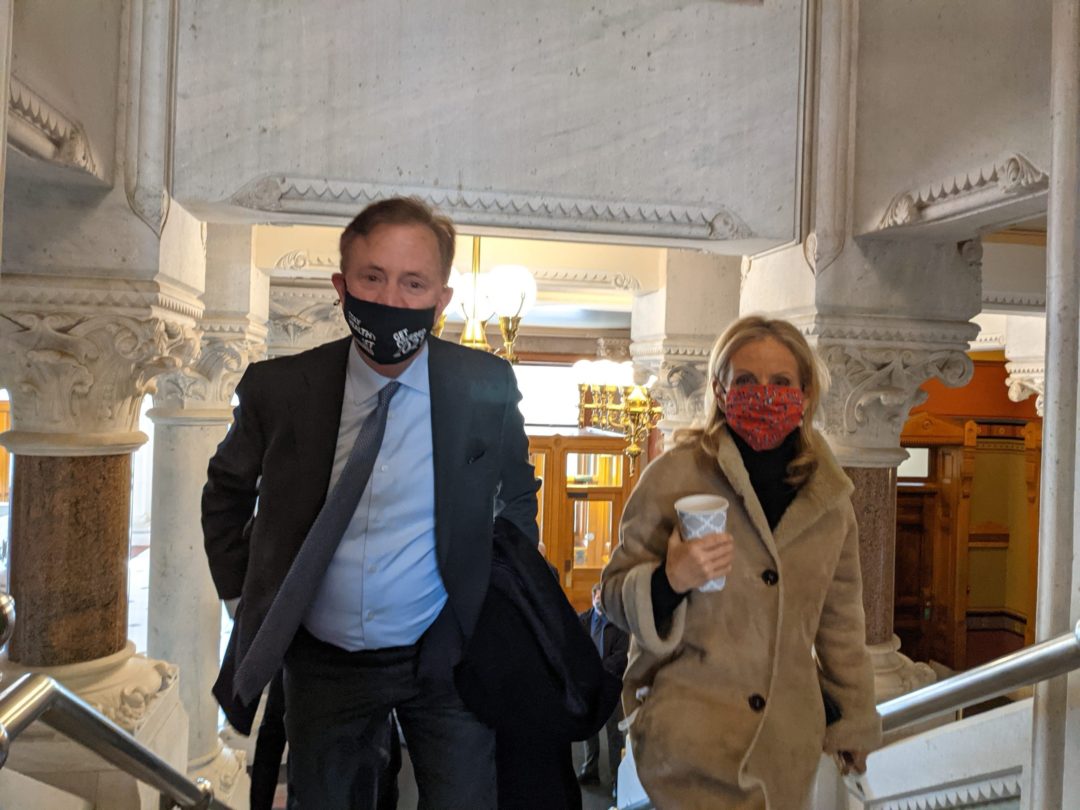 Gov. Ned Lamont and his wife, Annie, walk into the State Capitol on the opening day of the session last week.

Gov. Ned Lamont delivered the keynote speech at a virtual conference of municipal officials Wednesday, then he cheerily signed off: “Take care everybody. Appreciate the chance to be with you. I gotta go get a new hip.”

After addressing the Council of Small Towns from his office at the state Capitol in Hartford, he was driven to the Stamford affiliate of the Hospital for Special Surgery for a scheduled hip replacement he’d been considering since before taking office in January 2019.

Lamont, who turned 67 this month, was recovering at his home in Greenwich by nightfall.

“He is feeling well and will undergo physical therapy to aid in his recuperation,” said Max Reiss, his communications director. “Governor Lamont’s medical team says he is on track for a speedy recovery. The administration will provide updates on his progress as they become available.”

Total hip replacements are performed 450,000 times a year in U.S. hospitals, and there are currently about 7 million Americans living with prosthetic hips.