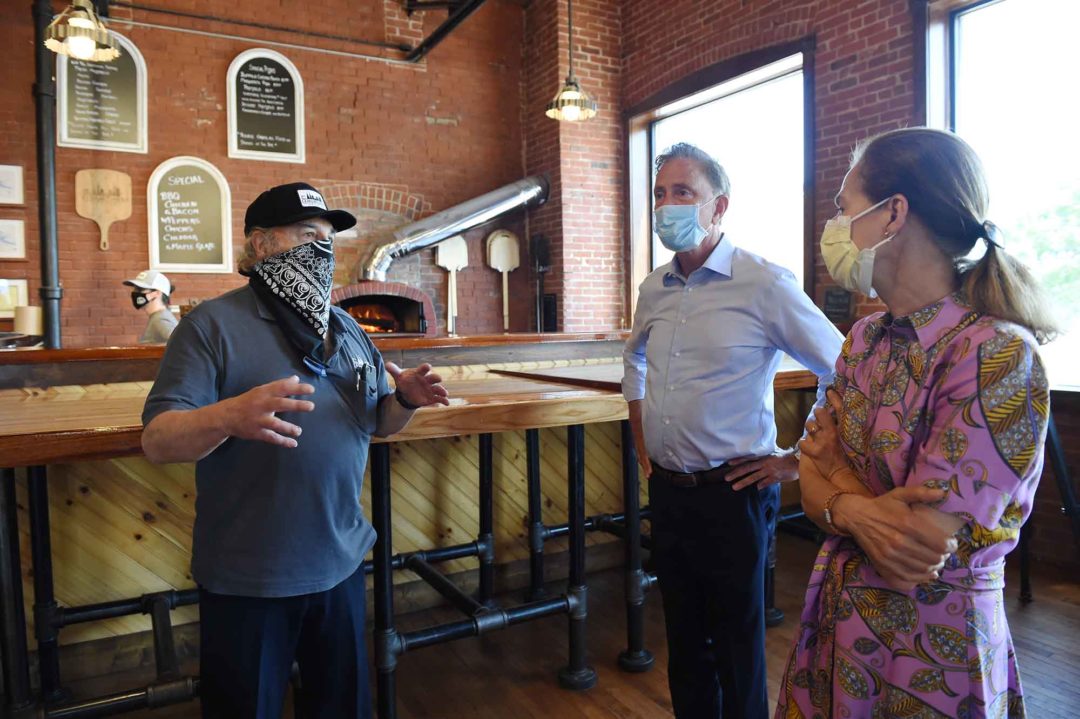 Snowy weather cancelled more than 10,000 vaccine appointments across the state on Monday, but Connecticut’s COVID-19 numbers continued to improve, prompting Gov. Ned Lamont to push back the curfew for restaurants and other businesses by one hour and loosen restrictions on religious gatherings.

After announcing COVID numbers that showed the positivity rate at about 3.8 percent and hospitalizations dipping to 912, the lowest in weeks, Lamont said he was moving the curfew for restaurants from 10 to 11 p.m. He also plans to remove the cap for how many people can gather at houses of worship while keeping the capacity limit at 50%.

He stopped short of fully lifting the curfew for restaurants, as neighboring states have done.

“These are some of the better numbers we’ve seen in the last two or three months,” Lamont said. “I know we sort of went through this before, some months ago, and then things got worse again. I’d like to think this time is different. I’d like to think that you have infection rates going down, and you have people getting vaccinated going up. I think that’s a game changer.”

State officials also released new vaccination numbers, which show that about 45% of the state’s 75-and-older population has been vaccinated. Lamont said about 110,000 vaccinations were done last week alone, but Chief Operating Officer Josh Geballe said about 10,000 vaccine appointments were canceled across the state Monday due to the weather.

“People who had appointments cancelled should hear from that provider to help them reschedule,” Geballe said. “We asked all providers to extend their hours through the rest of this week and through the weekend. We want to get everybody who had an appointment canceled today caught up before the end of the week.”

The weather also delayed the state’s anticipated vaccine delivery of 98,000 doses this week, but shipments are expected to arrive Tuesday. When told that some people were having problems rescheduling their appointments with vaccinators, Geballe said the state would emphasize the vaccines should be done this week because “we’re in a race right now against these variants.”

State officials also said that the number of cases of the B.1.1.7 variant of COVID-19 in Connecticut had doubled to 16 over the weekend. The state has been trying to increase genomic testing of COVID-positive samples to determine how widespread the new variant is here.

Yale School of Medicine pediatrician Marietta Vazquez said during the press conference that there is no way to know yet how widespread the numerous variants of the virus are in the country but acknowledged that “it’s likely spread more than we know.”

Vazquez said it is important that states and the federal government maintain surveillance.

“We have great surveillance systems in place but we are not at the stage where the majority of the positive samples are being tested to detect the variant.”