Progressive legislators to Lamont: Tax the rich and expand support for poor and middle-class

Caucus says it's prepared to fight for its ideals 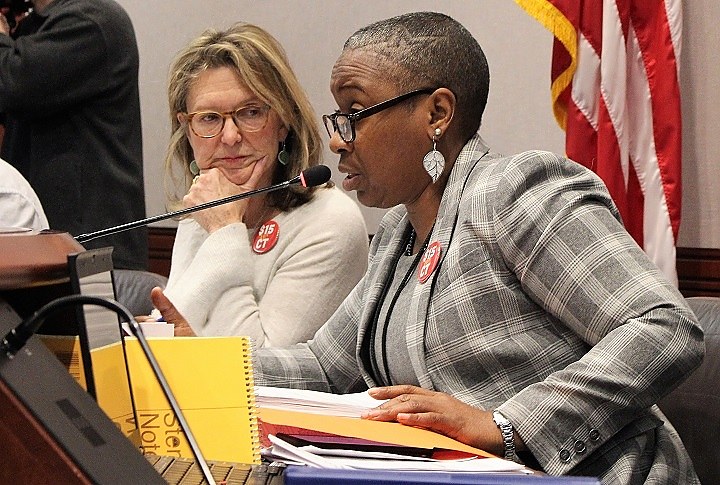 One week before his next budget proposal is due, 30 of Gov. Ned Lamont’s fellow Democrats challenged him Wednesday to embrace what he strongly opposes — tax hikes on the rich and lifting spending limits — to invest billions in those most hurt by the pandemic.

The “Recovery Champions” coalition not only urged the governor to expand health care for the poor and pump hundreds of millions of dollars more into struggling municipalities but also pledged to fight for these ideals in late spring — when Lamont likely needs their votes to pass a budget.

The progressive Democrats outlined more than $4 billion in revenue-raising options for Lamont to consider — all aimed at the state’s highest earners and major corporations.

That doesn’t mean all of the options would be necessary, they said. But the goal is to raise enough not only to enhance core services amid the coronavirus pandemic but also to finance major tax relief for low- and middle-income households.

“Extreme conditions call for extreme measures,” said Rep. Robyn Porter, D-New Haven, who co-chairs the legislature’s Labor Committee. “It is time for us to think outside of the box.”

Fairness begins, the coalition argued, with reforming the tax system in a state marked by some of the most extreme income and wealth inequality in the nation.

A wide array of potential tax increases on the rich

The single-largest revenue raising option they offered Lamont would leave Connecticut with the highest state income tax rate in the Northeast — and the second-highest in the nation, behind only California’s top rate of 13.3%, according to the Tax Foundation, a nonprofit fiscal think-tank.

And couples making more than $1.2 million annually, and singles exceeding $1 million, would pay a top rate of almost $12.7%.

The coalition projects this could raise as much as $2 billion annually in new revenue.

It also pitched a 5% surcharge on capital gains earnings from Connecticut’s richest households, which would generate about $850 million more in state income tax receipts.

All of these ideas — and particularly the income tax hikes — are likely non-starters for Lamont. His budget office declined to comment.

Raising taxes on the wealthy would prompt them to flee Connecticut, according to the governor, who has said recently that it would be a particularly bad move now, while “we have the [economic] wind to our back.”

Progressives have chastised Lamont, a wealthy Greenwich businessman, for that last remark, noting that while stocks have fully recovered and grown in value since an early pandemic dip, huge chunks of Connecticut’s economy are hurting badly.

About 190,000 individuals continue to receive weekly unemployment benefits. By comparison, Connecticut lost 120,000 jobs in the last recession, which ran from December 2007 through mid-2009.

And cities and towns estimated last summer they’ve lost more about $400 million in revenue due to the pandemic.

“COVID certainly exacerbated the inequalities, exacerbated the challenges that we face,” said Sen. Julie Kushner, D-Danbury, the other co-chairwoman of the Labor Committee. 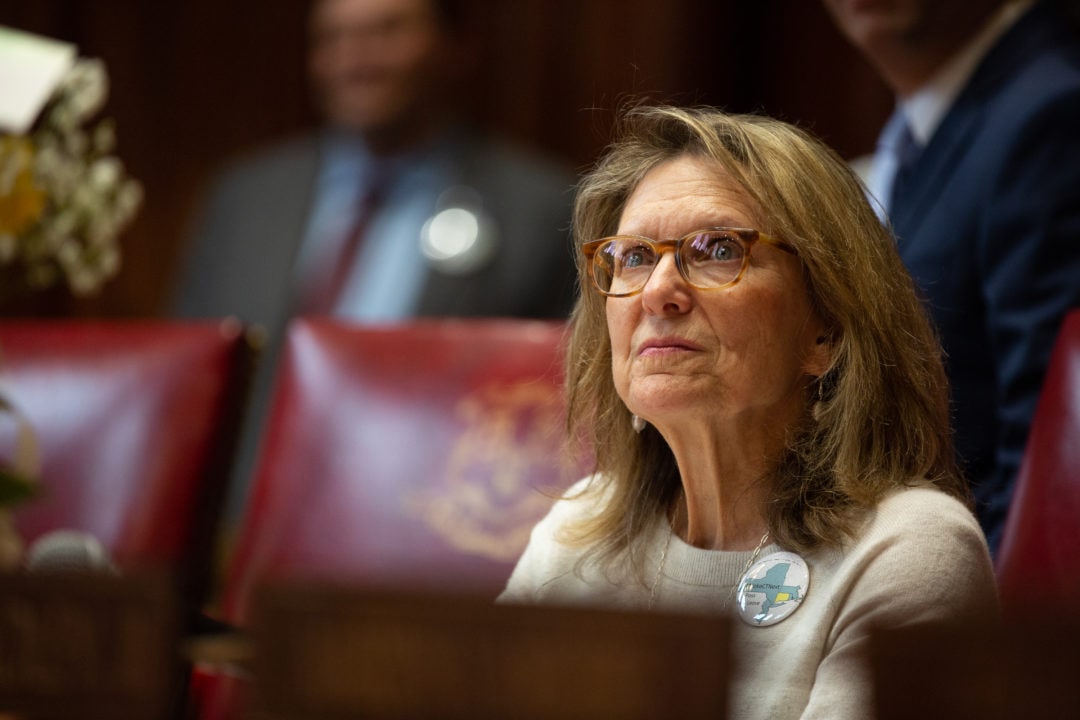 “A fair recovery,” added Rep. Kate Farrar, D-West Hartford, “will reduce racial and economic inequality and leave no one behind in a strong economy.”

To help close that gap, the panel suggested a one-time state stimulus payment of $500 to the unemployed, which would cost the state about $75 million.

Long-term, recurring relief would come by bolstering the existing property tax and earned income tax credits within Connecticut’s income tax system, the coalition said. These measures would give low- and middle-income households an extra $220 million per year.

The coalition also called for an additional $900 million per year in aid to cities and towns, with about 60% of that directed to local school districts, which Kushner noted have faced many increased costs since the pandemic began.

And another $550 million would be invested annually in health care and social services. Eligibility for Medicaid and other subsidized health care would be expanded, with additional funding channeled to nursing homes and nonprofit social service agencies.

There isn’t close to enough room for these additional funds under Connecticut’s statutory spending cap, which tries to keep growth in most appropriations in line with increases statewide in personal income or inflation.

But the cap system can be legally exceeded with a 60% vote of the House and Senate. Porter said Lamont — who has said the next budget will remain under the cap — should reverse himself and declare a fiscal emergency.

Democrats, who hold majorities in the House and Senate, weren’t expecting much — if any — Republican support when the time comes to adopt the next state budget this spring.

But if progressive Democrats and Lamont don’t find middle ground when the time comes to vote, it will be hard for the legislature to adopt any budget.

“We’re committed to being here for the duration,” Kushner said.

“For us, the emergency is every present,” Farrar said. “I anticipate us looking to use our voices … not just today.”