Senator refuses to explain casting only no vote against judicial nomination 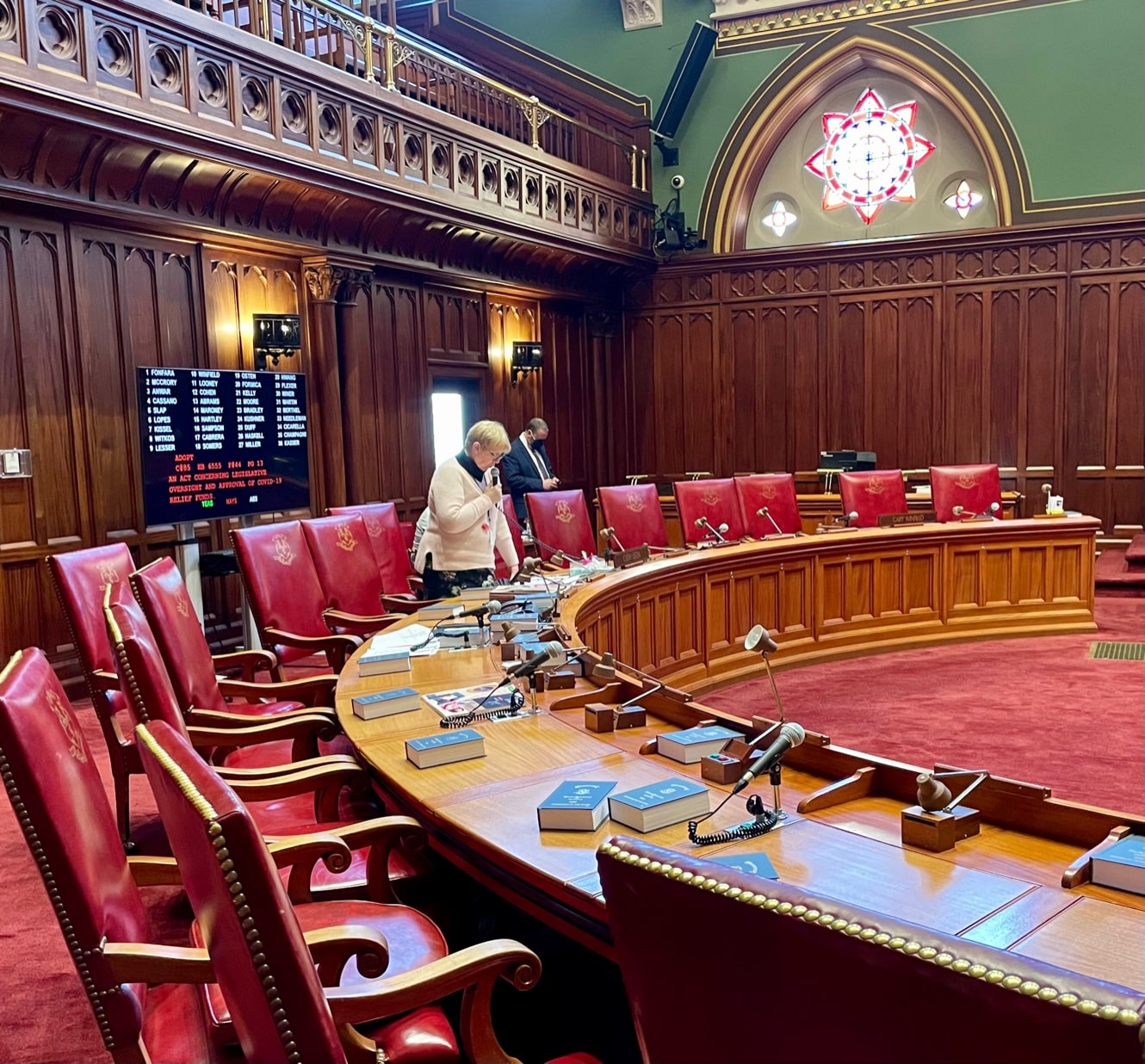 Sen. Cathy Osten stood alone due to COVID precautions, speaking on a bill Tuesday. She made no comments about her vote against the governor’s former top legal aide.

Sen. Cathy Osten, D-Sprague, parted ways Tuesday with every other member of the General Assembly by casting the only vote against the nomination of Gov. Ned Lamont’s former top legal adviser, Robert Clark, to the state Appellate Court.

Osten’s relationship with the Lamont administration has grown increasingly fraught, most notably over whether her constituents, the Mashantucket Pequot and Mohegan tribes, should have exclusive rights to sports betting and online gambling.

Was the senator, perhaps, indulging in a legislative tradition of sending the governor a message by voting against a nominee, particularly one who had been a close adviser?

“I just don’t think that he should be in that position. I would just leave it at that,” Osten said.

Clark, who was the governor’s general counsel until his nomination, had been involved in the often difficult negotiations that led to a recent deal in which the tribal owners of the state’s two casinos will share sports betting with the CT Lottery.

He had stepped back from the talks in recent weeks, as the administration first cut a deal with the Mohegans, a move that outraged the Mashantucket Pequots and Osten.

With them signing on last week to a slightly revised deal, the Pequots have seemed to move on.

The legislature’s Public Safety and Security Committee is expected to vote Wednesday to send several gambling bills to the floor, including one that codifies Lamont’s deal with the tribes and authorizes him to negotiate revisions to the state’s gambling compacts with the tribes.

Clark, 49, of Durham, briefly served as a Superior Court judge before joining the Lamont administration, playing an integral role in the governor’s issuance of dozens of executive orders during the COVID-19 emergency.

In his hearing before the legislature’s Judiciary Committee, Clark said he would recuse himself from any cases involving the executive orders.

Osten had voted for Clark’s confirmation as a Superior Court judge in 2018.

The Lamont administration had no comment on Osten’s vote. Instead, Max Reiss, the governor’s communications director, praised Clark and his confirmation.

“Bob Clark’s bipartisan confirmation by the General Assembly is proof of how well respected he is across the aisle,” Reiss said, “and affirmation that he is immensely qualified to service the people of the State of Connecticut.”