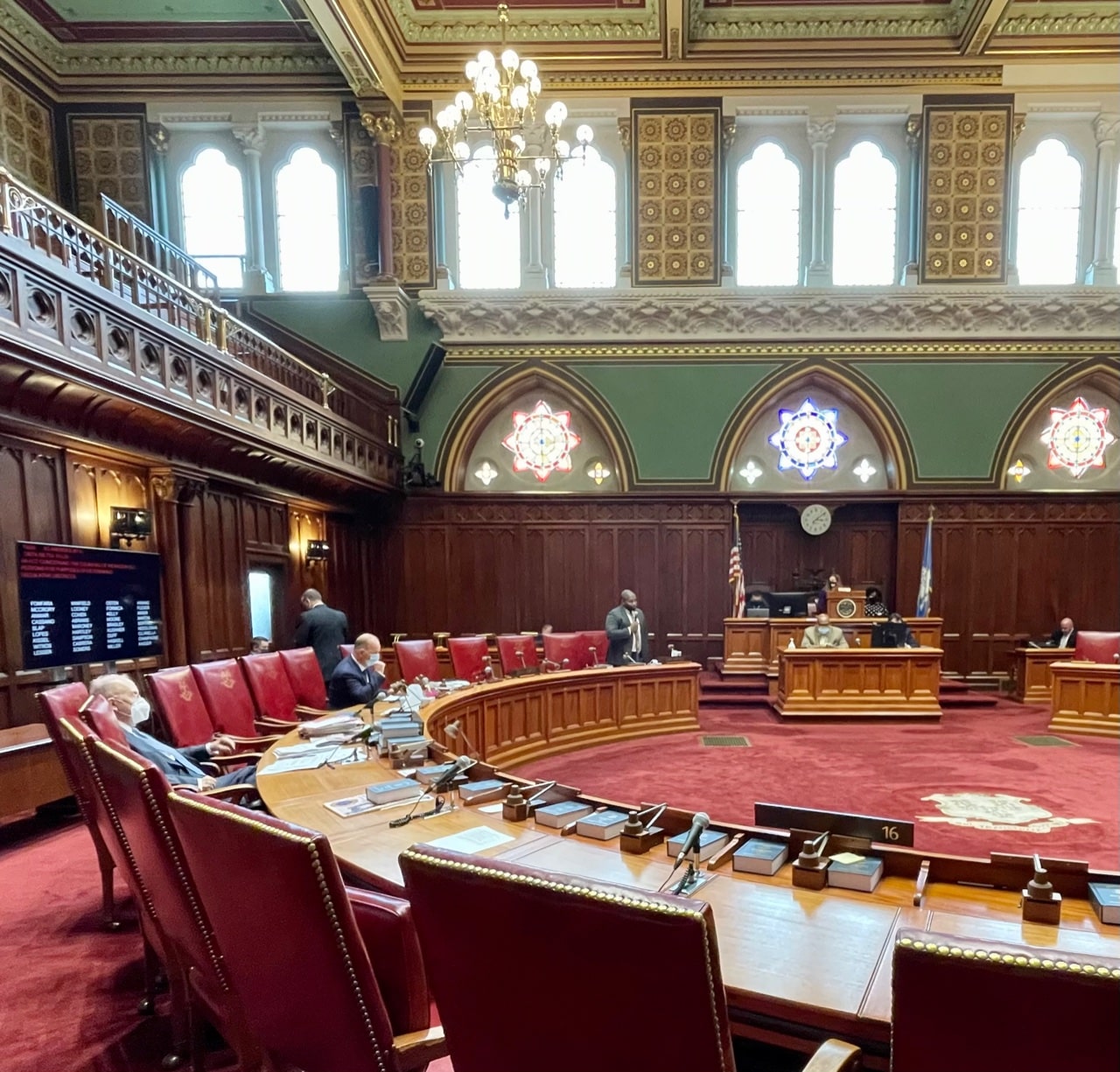 In a nearly unanimous vote Wednesday, the state Senate passed a bill that would put an end to “prison gerrymandering,” a practice that groups incarcerated people into the legislative districts where they are imprisoned instead of where they are from.

“Meaningful representation is being denied to people who are in the custody of our correctional system, and this bill seeks to remedy that,” said Sen. Mae Flexer, co-chair of the General Administrations and Elections Committee and the bill’s sponsor.

The bill  would change how incarcerated people are counted when legislative districts are drawn. Currently, the incarcerated are considered residents of their correctional facilities — which are typically located in rural, mostly white towns — not the communities from which they come. Considering the racial makeup of the incarcerated population, of which 44% is Black and almost 28% Hispanic, advocates contend this practice reduces the political power of voters of color, denying them meaningful representation and ultimately hurting their communities and families.

“Incarcerated people deserve to be represented in their home communities,” said Corrie Betts, Criminal Justice Chair of the NAACP Connecticut State Conference, which sued the state in 2018, alleging that prison gerrymandering following the 2010 Census violated the Equal Protection Clause of the U.S. Constitution. “These are the places where they have roots, families, and connections, and are the places to which they are most likely to return after they are released.”

In 2012, New Haven, Hartford, Bridgeport, Waterbury and New Britain were the hometowns of more than half of Connecticut’s prison population.

“I think it’s important to understand that people who are incarcerated, when they have an issue, when they’re seeking representation, when they want to reach out to someone in their government, they’re not reaching out in all likelihood, to the person who represents the facility where they happen to be incarcerated,” Flexer said. “They reach out to the person who represents the district that they come from.”

Each decade, U.S. Census data is used to determine the number of seats each state gets in the U.S. House of Representatives. The figures are also used to draw congressional and state legislative district lines. Those in favor of the bill contend that the time to end prison gerrymandering in Connecticut is now, since the Census was completed last year and the redistricting process will be completed this year.

The bill the Senate passed today would create a process to adjust Census data so incarcerated people are counted at their last address before they’re sent to prison, instead of at the address where they are imprisoned.

Lawmakers approved an amendment Wednesday that made minor changes in the underlying bill, the most significant of which was that people serving life sentences without the possibility of release would still be counted in the districts where they are imprisoned. Legislators estimated that only about 4% of the incarcerated population are serving such sentences.

The compromise led to a bipartisan vote. The bill passed 35-1.

The state senator with the most correctional facilities in his district cast the lone “No” vote. Sen. John Kissel, R-Enfield, said he has 3,642 incarcerated constituents — roughly 40% of the total number of people in prisons and jails statewide — between those held at Northern, MacDougall-Walker, Osborn, Willard-Cybulski and Robinson correctional institutions. He said he has been contacted by men held at these prisons, and once visited MacDougall-Walker to attend a graduation ceremony for people who took academic courses while they were behind bars.

“I would posit that this bill puts forward somewhat of a fantasy,” Kissel said. “When I say it’s a bit of a fantasy, it’s because these inmates reside in these facilities. Their physical bodies reside there; this is where they primarily eat and sleep.”

Should the bill pass, Kissel said he worried certain municipalities “would get the benefit of bodies that don’t reside there,” potentially making certain communities eligible for grants or other funding without “any of the negative consequences of having those bodies within the geographical parameters of those municipalities.”

A longtime proponent of ending prison gerrymandering, Sen. Gary Winfield, D-New Haven and co-chair of the Judiciary Committee, took issue with the framing of the incarcerated as mere “bodies.”

“These aren’t bodies, these are human beings. And sometimes we forget when we speak, we use language that disassociates the human being from those bodies that we’re talking about,” he said. “There’s a soul there, there is a mind there.”

Winfield described the piles of mail he gets from people in correctional facilities across the state, tall stacks that grow every day. He said he devotes considerable time responding to those messages from prisoners and their families, people who mostly aren’t his constituents, though their family members may live in his district.

He said the mostly white, Republican communities — places like Somers, Enfield or Suffield — aren’t interested in incarcerated people moving into town once they’re released from prison.