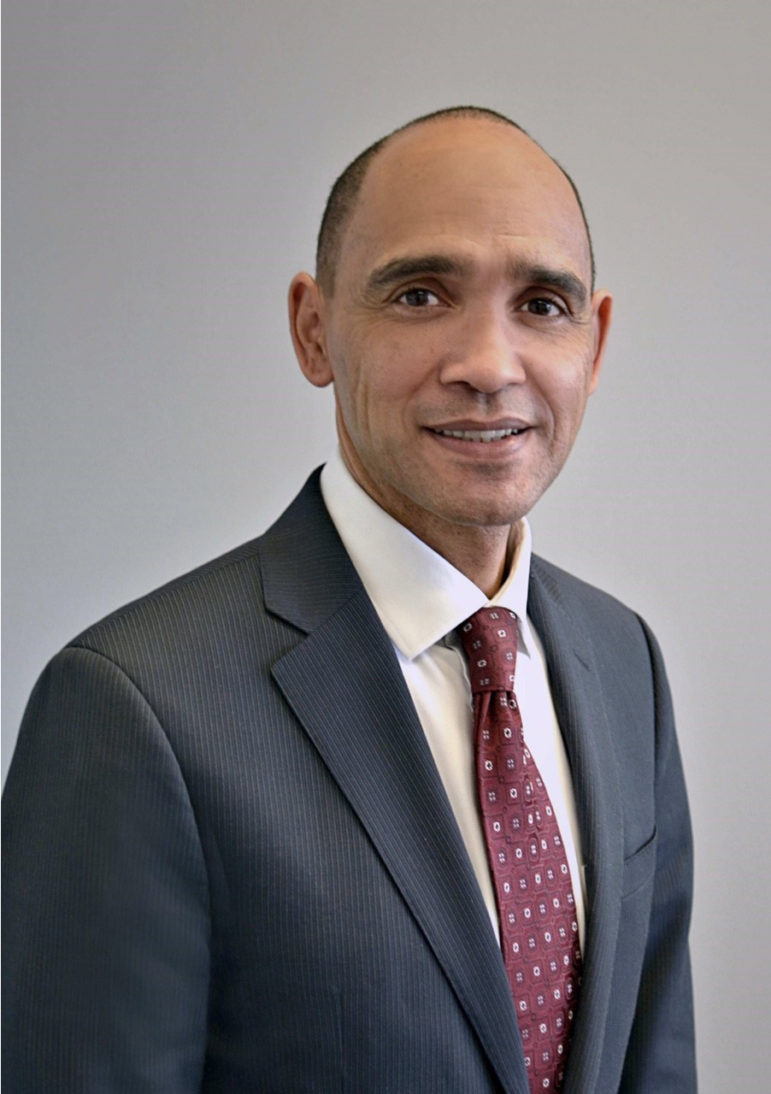 Andrew Agwunobi, interim president of the University of Connecticut

The University of Connecticut board of trustees unanimously voted to appoint UConn Health Chief Executive Officer Dr. Andrew Agwunobi as interim president on Wednesday, the first person of color to hold the position in the history of the university.

“I’m honored and humbled to be asked to serve as president for this interim period, and I’m happy to do anything I can do to support the University of Connecticut that I’ve come to love and its mission,” Agwunobi said during Wednesday’s board meeting.

“I know how much UConn means to the people of this state, and our faculty, staff, alumni, everywhere … It’s more than a university, it’s an identity,” he added. “For many I know, it’s more than just an educational institution or an employer, it’s an important part of their life, of your lives and your personal histories. It’s fundamentally part of our state.”

Agwunobi’s appointment follows the recent resignation of current University of Connecticut President Thomas C. Katsouleas, who submitted a resignation letter to the board on March 13 and will step down June 30 but plans to stay on as a professor at the university earning $330,000 a year. His contract with the university has a provision that allows him to do so.

Agwunobi joined UConn Health as its CEO in 2014. Before that, he served as managing director and co-leader of the health performance improvement practice of Berkeley Research Group and held several other top administrative positions such as CEO of the Grady Health System in Atlanta, CEO of Providence Healthcare in Washington and Secretary of the Florida Agency for Health Care Administration.

“Anyone who’s worked with [Agwunobi] or watched him guide the institution forward, particularly through the last 15 months of COVID, has seen an absolute masterclass in leadership,” said Dan Toscano, chair of the board of trustees. “He is not just leading a clinical enterprise through a pandemic, he’s leading a $1.2 billion public institution and a community of more than 5,000. That includes the faculty, staff, students and researchers who work in our hospitals and clinics, laboratories, offices, business incubators and classrooms carrying out a public service mission.”

Agwunobi makes $709,000 a year in his current role, and his new compensation is still being worked out, according to UConn spokesperson Stephanie Reitz. He officially starts on July 1 and will continue as CEO of UConn health.

“We have strong leadership teams at both Storrs and our regionals and in Farmington,” Agwunobi said. “So I’m very confident that will continue and that I’ll be able to serve in both of these roles during this interim period.”

Gov. Ned Lamont’s chief of staff, Paul Mounds, said during the meeting that the governor is “in agreement and approves” of the board’s decision.

“He will serve this university greatly, and I look forward to working with you and supporting you, not only from the board level but also from the executive branch and the governance level,” Mounds said.

Toscano said during a press conference that the board has not set a time frame for when the official presidential search will begin, adding that they are not in a rush because they “have a great leader in place who is well known and knows his way around.”

“I think this is a very unique interim presidency for us as we’re also coming out of the pandemic and there are many, many opportunities for us to think about and rethink about how we deliver the services that we deliver to our students and to the broader state of Connecticut,” Toscano said, adding that they will provide updates about the search over time.

“We’re going to take our time, and we will follow the instructions of our bylaws in terms of how we go about conducting a search. But I would tell you that before that even starts, we will have our antenna up to try to identify not only what we want in a president at UConn, but who might be out there who might fit that bill.”