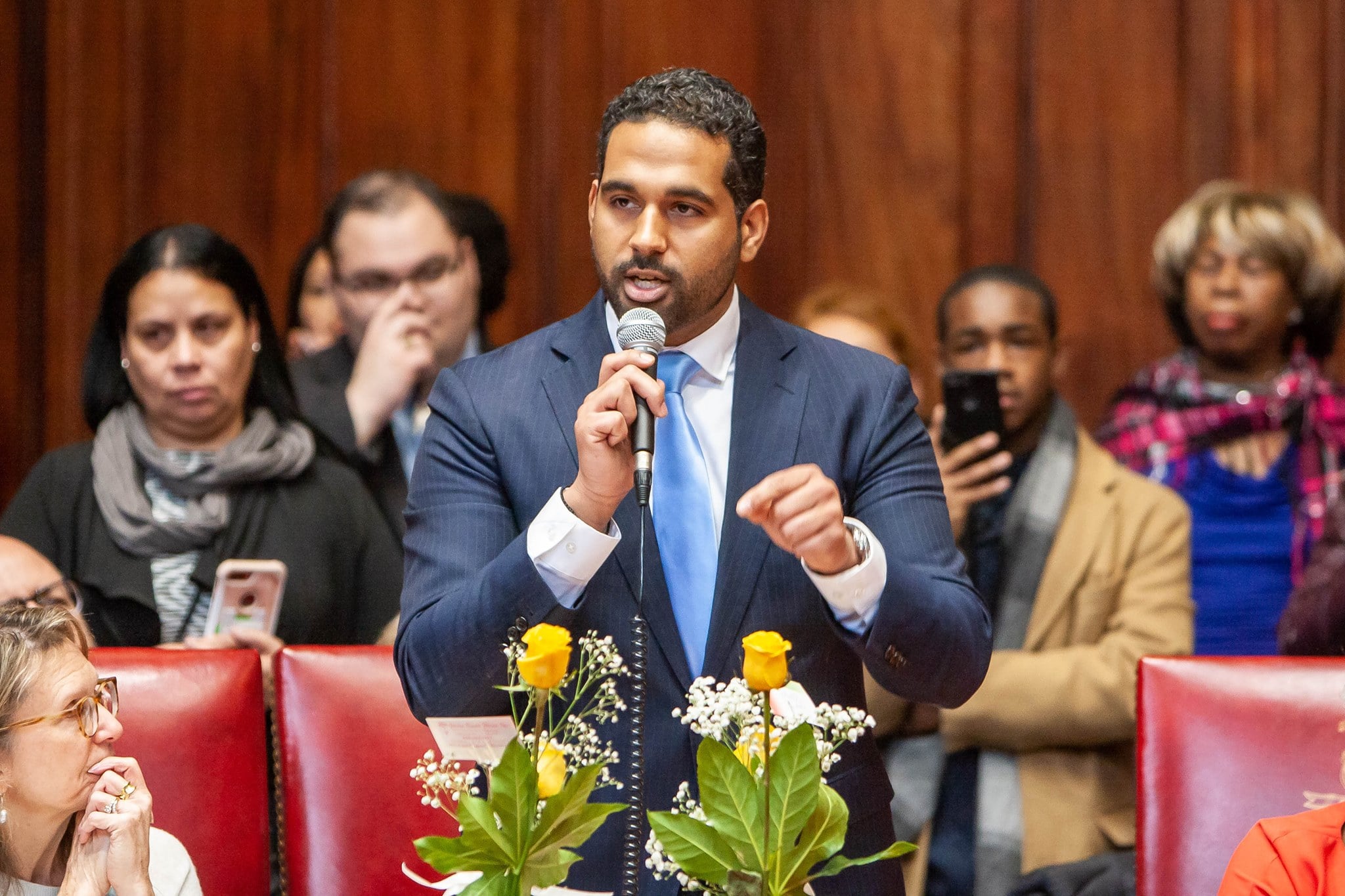 Sen. Dennis A. Bradley Jr., D-Bridgeport, and his former campaign treasurer, Jessica Martinez, were accused in a federal indictment unsealed Tuesday of conspiring in 2018 to defraud Connecticut’s public campaign financing program of $179,850.

Informed of the indictment, Bradley surrendered to federal marshals and appeared in U.S. District Court to face conspiracy and wire fraud charges. Martinez, who was removed last year as the chair of the city’s Board of Education, also surrendered. In separate appearances, both pleaded not guilty.

The indictment was returned Monday by a grand jury and ordered unsealed in U.S. District Court in New Haven, where Bradley arrived in handcuffs.

Assistant U.S. Attorney Jonathan Francis, a member of the financial fraud and public corruption unit, told U.S. Magistrate Judge Robert Spector that the case involves a loss of $84,140, which is the public grant Bradley obtained for his primary in 2018, and an “intended” additional loss of $95,170, the general election grant Bradley never received.

The State Elections Enforcement Commission, which administers the Citizens’ Election Program, denied Bradley the general election grant after an investigation prompted by two complaints, one by an opponent, Aaron Turner, and another by Maria Pereira.

The complaint centered on Bradley’s using a party hosted by his law firm, Bradley, Denkovich & Karayiannis,  to kick off his campaign for the Democratic nomination for Senate in 2018, when he won the first of his two terms. The indictment accuses him of filing false documents to the elections commission to obtain the primary grant.

Bradley illegally used personal funds for the kickoff, and his campaign falsified records of campaign donations to cover that up, the indictment said. The indictment quotes an exchange of text messages between Bradley and the unnamed campaign consultant.

“How much was the bill for BDK lasts night? $10,000?” the consultant asked, referring to the law firm.

Bradley replied with a “shushing emoticon,” the indictment says.

It was unclear how a state campaign finance investigation, which typically are resolved with civil fines or a referral to state prosecutors, became the subject of a federal indictment.

Bradley’s lawyer is James Glasser, the former chief of the criminal division in the U.S. Attorney’s office. Glasser said campaign finance laws are complex and replete with “gray areas.”

“We are very surprised this matter was charged in the first place,” Glasser said.

Bradley’s appearance in court was viewable on Zoom, as the federal courts have been closed to the public during the COVID-19 pandemic. He was ordered released on an unsecured bond of $300,000.

In arguing for his release on a lower bond, his lawyer, Jim Glasser, a former federal prosecutor, said Bradley has been aware he was the target of a criminal investigation for some time and should not be viewed as a flight risk. Francis asked for a higher bond.

“He’s not going any place,” Glasser told the judge.

Bradley, 37, is a lawyer and former city school board member who was elected to the Senate in 2018. He is married and the father of a six-month-old child.

Word of Bradley’s arrest spread quickly to the state Capitol, but spokesmen for the Senate Democratic majority and Gov. Ned Lamont said before the court appearance they had not been notified of the arrest, nor did they know the nature of the investigation.

Once the court appearance was concluded, Senate President Pro Tem Martin M. Looney, D-New Haven, immediately stripped Bradley of his committee assignments and his title as a deputy majority leader.

“Based on the current available information regarding Senator Bradley, I have taken a first step to protect the integrity of the State Senate,” Looney said.

The arrest comes on a day when the Senate was set to debate final passage of a bill legalizing sports betting and online gambling, an issue under the jurisdiction of the committee that Bradley had co-chaired, the Public Safety and Security Committee.

Sen. Cathy Osten, D-Sprague, a major proponent of the gambling bill, was named as the acting co-chair of the committee.

Democrats hold a 24-12 advantage in the Senate.