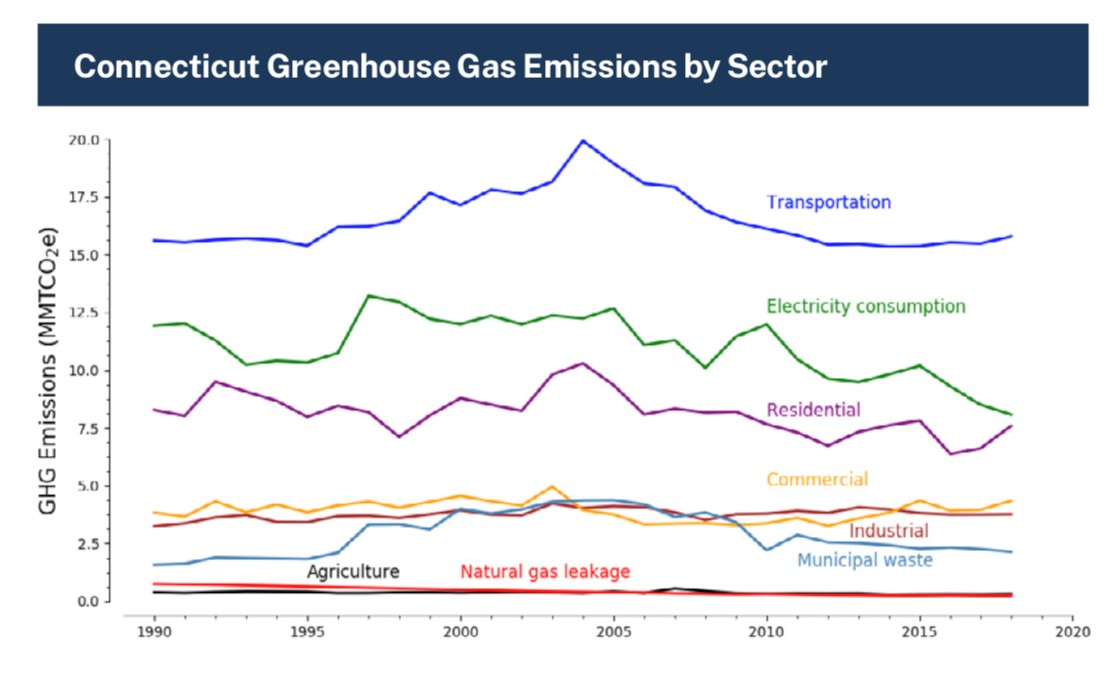 Vehicle emissions in Connecticut in 2018 were above 1990 levels, according to a state report.

Connecticut is not on track to meet the greenhouse gas emission goals set by the legislature — and transportation emissions are the main culprit.

The state’s annual Greenhouse Gas Emissions Inventory released Monday, which looks at data through 2018, shows transportation emissions are higher than they were in 1990, despite greater fuel efficiency in motor vehicles.

The state had been on track to meet the 2020 levels as of last year’s report, which looked at 2017 data, but has now slipped back above it. Building sector emissions are also trending up, but transportation emissions are by far the largest sector.

“This has to be a wake-up call. We are not on track to meet our emissions targets,” Katie Dykes, commissioner of the Department of Energy and Environmental Protection, said in an interview. “We need to use every tool at our disposal to decrease emissions across our economy. It means we have to continue the conversation about the need for additional tools.”

Dykes declined to say if that meant a renewed effort, armed with the latest data, to get the legislature to authorize Connecticut’s implementation of the Transportation and Climate Initiative, or TCI – a multi-state program designed to lower transportation emissions through different means, from electric vehicle use to more widespread mass transit and even better broadband access to incentivize telecommuting. The money for such programs would come through a cap-and-invest system that would likely include a slight increase in gasoline prices.

The bill never came up for a vote in the regular session after Republicans and many in the fossil fuel industry labeled the potential increase in gas costs – estimated to be about 5 cents per gallon beginning in 2023 – a gas tax, which others argue it is not.

Opponents have re-ignited that same tactic — with events scheduled over the next week — in advance of a special legislative session anticipated later this month that may include consideration of TCI.

A recent poll conducted for the Connecticut Energy Marketers Association, the main fuel oil dealers association in the state, showed people unhappy with the price of gasoline, which has increased since its lows during the early days of the pandemic in 2020.

TCI was always designed to be an emissions reduction tool, modeled on the Regional Greenhouse Gas Initiative that set out to reduce greenhouse gas emissions in the electricity sector. The new report shows that to have been wildly successful.

Electricity sector emissions have dropped dramatically since 1990 and are now poised to drop below residential building emissions. 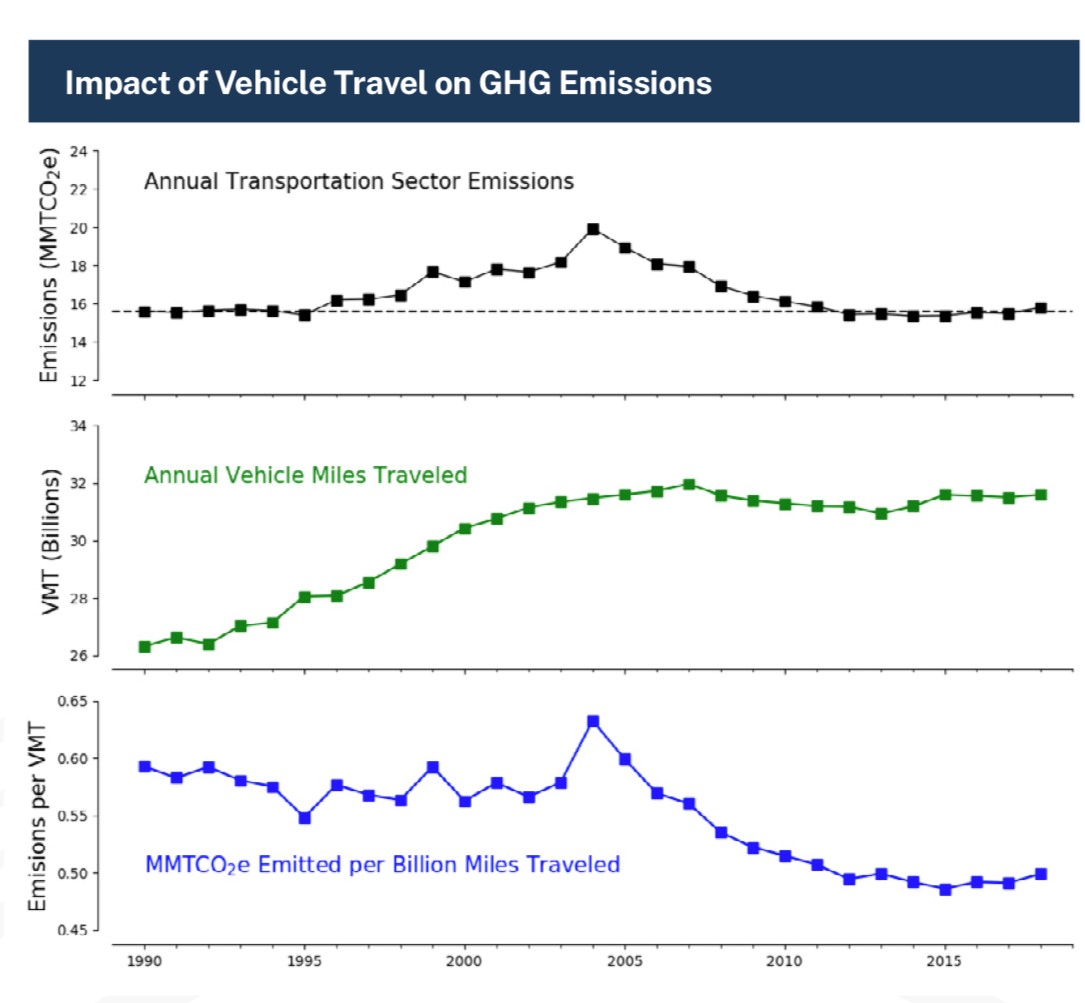 Vehicle emissions in Connecticut in 2018 were above 1990 levels, according to a state report.

Also ominous for transportation emissions is the continued upward trend of vehicle miles traveled. While the report only goes through 2018, data on VMT is more current. There was a dip in 2020 as the pandemic began. But it rose again last summer and is now at pre-pandemic levels, Dykes said.

Dykes indicated that executive action by the governor on areas related to emissions could be in the offing later this month but declined to indicate what they might be. “Through the summer, we have been looking at what additional tools we can utilize within the authority we have,” she said.

And she continued to point out — as she has through the entire TCI debate — the issue is climate change. She cited the recent United Nations climate report that portrayed dire climate circumstances worldwide. And she pointed out just the last few months here in Connecticut.

“Smoke from western wildfires has affected air quality here. Storms that are causing urban flooding in levels never experienced before. Not to mention a series of heat waves,” she said. “Everything we’re experiencing this summer is that climate change is here and the impacts are coming sooner than we anticipated.”