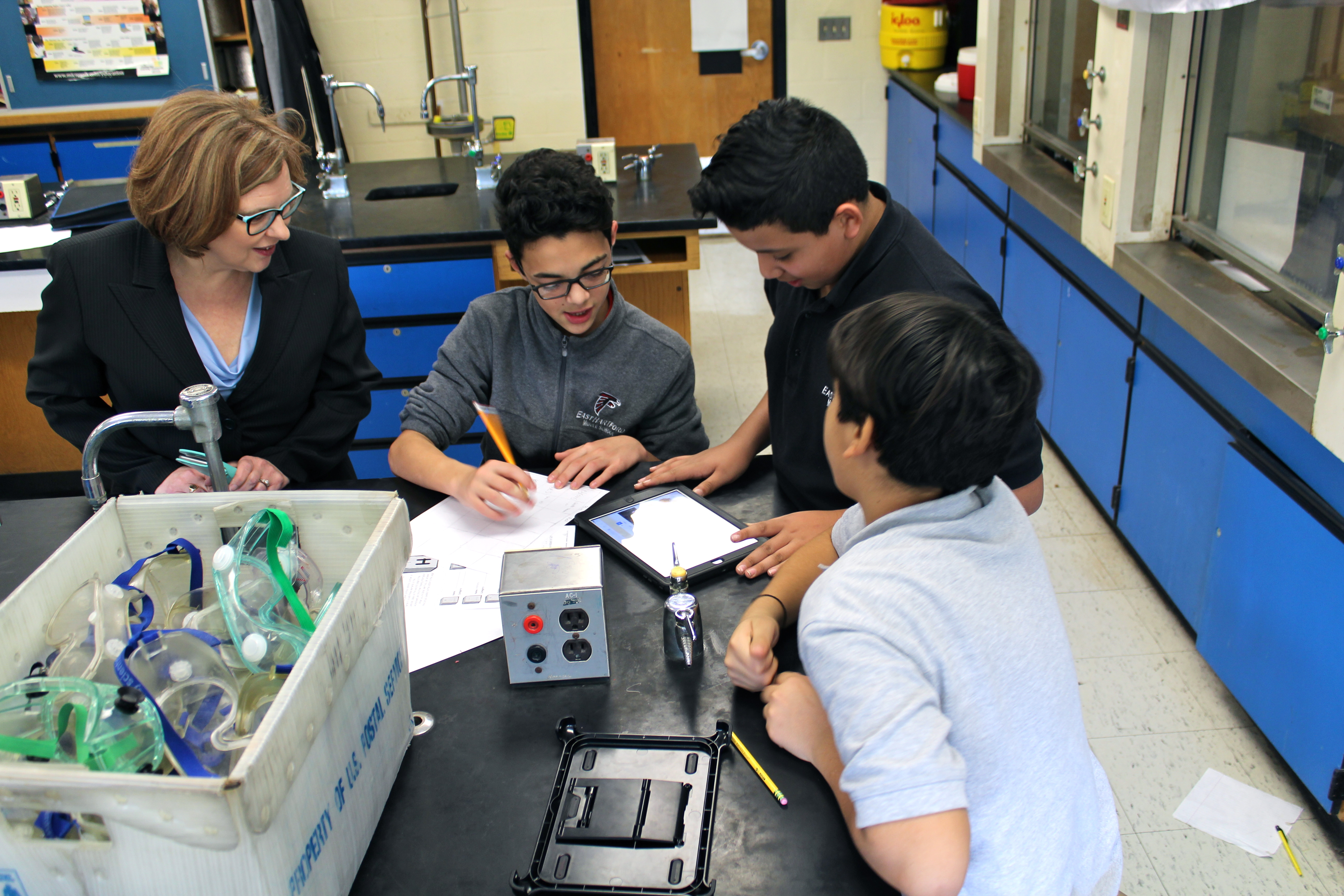 Connecticut has gotten its report card from the U.S. Department of Education on how well its students are learning science – and it’s not a great grade.

Three of every five students in fourth and eighth grades were not proficient in science in 2015 – the same proportion as in 2009, according to the so-called “Nation’s Report Card,” which was discussed with reporters Wednesday.

Connecticut’s results run counter to national trends, which show rising test scores and more students proficient in science. Connecticut, which used to rank among the best states in science scores, has fallen to the middle of the pack as other states have improved.

And Connecticut continues to have one of the nation’s worst proficiency rates for students from low-income families – and some of the worst achievement gaps between minority students and their peers.

“For Connecticut, none of the subgroups are showing significant improvements,” Peggy G. Carr, acting commissioner of the National Center for Education Statistics, which oversees the tests, said during a conference call with reporters.

“Whenever we don’t see movement, we need to pay attention to it,” said Carr. “… We are about progress.”

U.S. Education Secretary John B. King Jr. said during a separate conference call Wednesday he is unable to say why some states are improving while others are not.

“We certainly can’t say definitively why one state may have improved more or less than others. I do think we know some things from research,” King said. He cited early exposure to science education, state investments in science-related instruction and high-quality teachers as important factors in improving science education.

In a statement, Connecticut Education Commissioner Dianna Wentzell said the state is working to improve.

“In Connecticut, we raised the bar for all children with more rigorous learning standards in reading and math, and with passage of the Next Generation Science Standards. These results show that Connecticut students are holding their own nationally in science, but that we need to do more to ensure that all students have access to high-quality STEM education that prepares them to take on the advanced jobs of the future,” Wentzell said.

“We are committed to supporting school districts in their efforts to strengthen science instruction and improve student performance in this critical field,” she said.

Carr said the study showed “no association” between science scores and whether states had implemented the Next Generation Science Standards.

“We did look at the states who indicated that they had adopted the standards and those that had not, and we looked at their performance, and there was absolutely no pattern,” said Carr.

We “are in the process of implementing these more rigorous standards in schools, which we believe will have an impact on science performance,” said Wentzell. “Like Connecticut’s Core Standards in English language arts and mathematics, NGSS places greater emphasis on critical thinking and less on rote memorization of facts or terminology,” Wentzell said. “In an NGSS classroom, students investigate natural phenomena and real-world problems in much the same way that scientists and engineers do….”

The commissioner said the education department also was working to help teachers learn to use the new science curriculum. Among other things, she said, the department has partnered with the Connecticut Science Center to provide professional development for science teachers.

Only science results were released this week. Connecticut’s most recent results in math are just as bleak, and those for reading are about at the national average. Those results also show Connecticut with some of the nation’s largest achievement gaps between students from low-income families and their peers and between minority and white students.