A head-spinning week here and in Washington, D.C.

The news came with head-spinning velocity last week with the end of the Connecticut legislative session and riveting – some would say historic — testimony in Washington from the former director of the FBI. Both will no doubt reverberate for weeks to come.

At the state capitol, for a change, issues that did not directly concern the state budget were the initial focus, perhaps because Democrats, Republicans and Gov. Dannel P. Malloy could not come to terms on an approach to fixing the state’s finances.

(The Republicans took a shot at selling their plan late in the week, to no avail. Then, Thursday, Malloy made plain the extent of the problem: “Let me be very clear,” he said. “If the Republican budget had been passed, I would have vetoed it. … If the Democratic outline passed, I would veto it.) 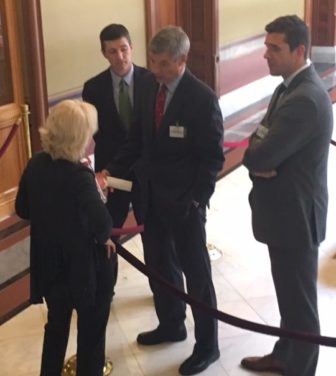 Rep. Lonnie Reed, co-chair of the energy committee, was greeted Wednesday by  lobbyists for Dominion Energy, owners of the Millstone Nuclear Power Station.

There was no consensus on legalizing recreational pot before the session ended, but bills prohibiting the solitary confinement of minors, setting standards for testing self-driving vehicles and protecting people against “libel bullies” were all forwarded to the governor for his signature. So was a bill making Connecticut one of the last states to set standards for ride-sharing companies like Uber and Lyft. The governor’s push to protect defendants from jail time just because they can’t afford to make bail also won final approval from the state Senate.

The owners of the Millstone Nuclear Power Station thought they had a chance to succeed early Wednesday in the Senate, but late that same day lost their vigorous bid for a bill that would improve their competitive position in the energy market. The Mashantucket and Mohegan tribal nations, on the other hand, won long-sought approval to build the state’s first casino not located on tribal lands, though a legal battle between their competitor MGM and the state is likely.

Some bills underwent full – and in some cases, uncomfortable – debate even though there was no chance it would wind up being other than largely symbolic. Such was the case with a measure regarding police misconduct that exposed significant differences in opinion between the House Black and Puerto Rican caucus Democrats and Republicans.

The House had another symbolic debate over setting up tolls on Connecticut’s highways. It took no action on that measure, but did approve a resolution authorizing a public referendum on an amendment to the state constitution creating a “lockbox” for state transportation funds. The drive for paid family leave for employees got an airing, but no vote. 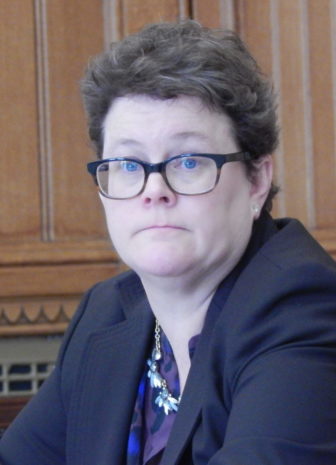 There was not a lot of attention — until last Tuesday — on a proposal to eliminate the state’s free-standing Agriculture Department. Plenty of state farmers showed up at the state Capitol to protest. The Insurance Department popped into the headlines, too, when a hearing officer recommended the state’s Freedom of Information Commission fine Commissioner Katharine Wade for failing to release documents relating to her approval of a proposed merger between Aetna and Humana.

In Washington, D.C., perhaps trying to take some attention away from former FBI Director James Comey’s much anticipated testimony scheduled for Thursday, President Donald Trump on Monday kicked off his big infrastructure improvement campaign by proposing  privatization of the nation’s air traffic control system, including the unit at Bradley International Airport.

On Wednesday, when Comey released his written testimony in advance of his appearance before the Senate Intelligence Committee, Democratic Sen. Richard Blumenthal said it “shows unequivocally the disdain the president has for the rule of law and clearly demonstrates that he believes that he and his friends and family are above the law.”

U.S. Rep. Jim Himes had a similar assessment, saying the testimony “should have us all asking a fundamental question about whether we can trust this president to uphold and enforce the laws of the United States.”

After the event — one that held much of the country spellbound — Blumenthal called the testimony “chilling,” and Sen. Chris Murphy said Trump should also be required to testify “under oath and open to the press.” 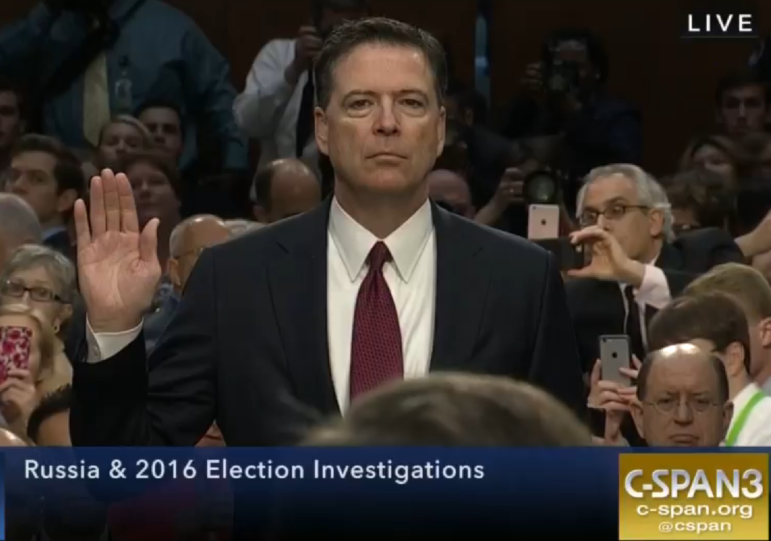